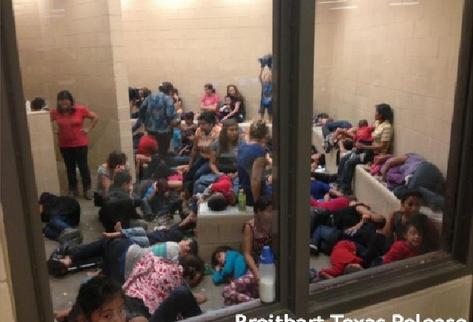 Temporary detention centers in Texas and Arizona are overcrowded. Girls and boys are crammed into small rooms and sleep on the floor. (Free Press Photo: ARCHIVE)

Temporary detention centers in Texas and Arizona are overcrowded. Girls and boys are crammed into small rooms and sleep on the floor. (Free Press Photo: ARCHIVE)

The document, published in the Official Gazette of the American Academy of Pediatricians, assures that the definition of torture against children is similar to the way in which the government of the outgoing President, Donald Trump, treats immigrant minors detained in his attempt to enter the country, especially the separation of minors from their parents.

The prohibition of torture, particularly against children, is part of the Geneva Accords and is prohibited by the United Nations Convention against Torture and Other Cruel, Inhuman or Degrading Treatment or Punishment (CAT), they recall the group of pediatricians.

And they do not hesitate to affirm that the treatment of children on the border with Mexico “meets the three criteria of torture,” according to the CAT and the Rome Statute.

On this last point, they recall that the recognized purpose of the Trump Administration of the “zero tolerance” policy, launched in 2018 and which included the separation of children from their families, was to dissuade the undocumented from arriving in the country.

The doctors also recalled that many children have been held in “unhealthy and dangerous conditions” and that since 2018 at least seven minors have died in the custody of the authorities or immediately after being released.

As a result of this treatment, they say, the children have exhibited “regressive internalized traumatic behavior,” resulting in “generalized anxiety disorder, depression, post-traumatic stress disorder, and suicide attempts.”

“Mitigating this trauma will require years of treatment and intense interventions,” they say.

And all this “sponsored by the state and directed by the president of the United States,” they denounce.

In the last fiscal year, 30,557 minors who traveled without the company of a parent or legal guardian, mostly Central Americans, were detained at the border, to which must be added another 52,230 people who were detained when they entered the country illegally. in family groups (one adult accompanied by at least one minor).

And thousands of children were separated from their parents at the border by order of the Trump Government and, despite a court order that forced the authorities to reunify them, more than two years later more than 600 minors still cannot be reunited with their parents.

Therefore, the authors of the article ask pediatricians and child health professionals to take action to “stop and prevent the torture of migrant children at the border” through the investigation and dissemination of the bad actions of politicians in this area. matter.

See Also:  Selfie questionnaire: do you recognize the RTL star in this child's photo?

And, collectively, they ask the American Academy of Pediatricians to issue a political statement against child torture and against the separation of migrant families, as well as to initiate and support a case against the US at the Inter-American Commission on Human Rights. (IACHR). EFE