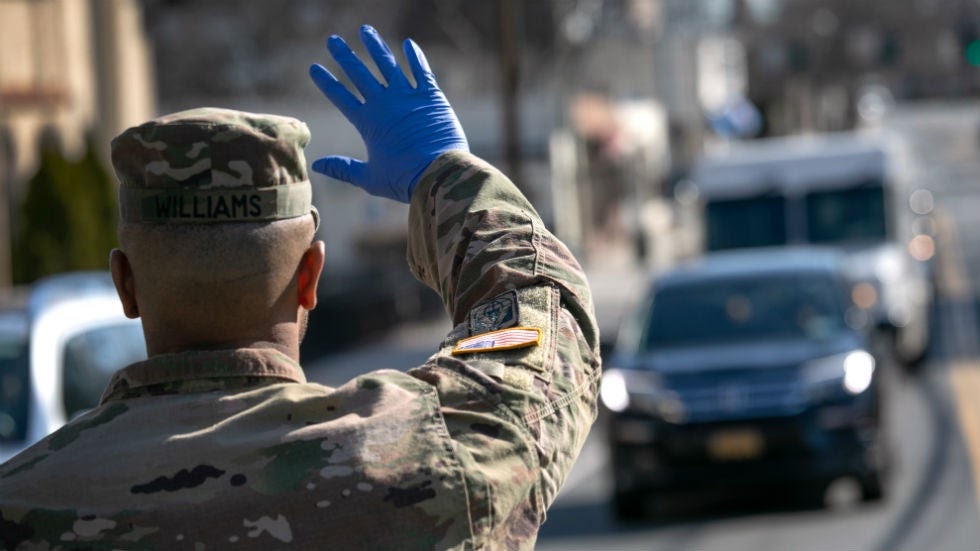 Two more U.S. service members have died from COVID-19, bringing the official number of soldiers killed during the pandemic to 19.

The two deaths were first noticed in a Wednesday update to the Pentagon’s online graph of the department’s coronavirus cases.

The two guards join six other National Guard members who have died from COVID-19, as well as eight reservists.

In addition, three active duty personnel died from the disease: a sailor in the Navy and two soldiers in the army.

Overall, the Pentagon had reported 225,753 coronavirus cases as of Wednesday, according to the department’s online chart.

Among the military cases, 1,346 soldiers were hospitalized over the course of the epidemic and 95,649 have recovered.

In addition to the 19 military fatalities, there were 164 civilian deaths, nine dependent fatalities, and 60 contractual deaths, according to Pentagon data.

According to data from the Centers for Disease Control (CDC), the Department of Defense received 872,325 doses of the COVID-19 vaccine and administered 508,965 of them. This includes 75,347 people who got the full double-dose regimen, according to the CDC.