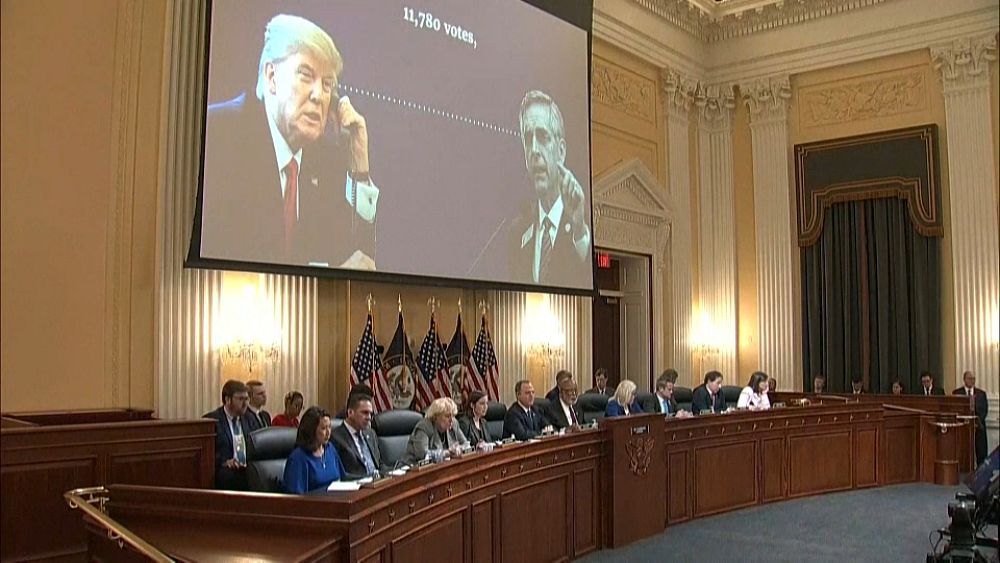 Another hearing before Congress this Wednesday is about the role played by ex-US President Donald Trump in the storming of the Capitol in Washington last January.

Recently, a politician from Arizona testified that he had been threatened by Trump supporters because of the alleged voter fraud and these attacks continued to this day. Rusty Bowers, Speaker of the Arizona State Legislature, said he received 20,000 threatening emails, some of which shut down their agency.

Bowers is a Republican who voted for Trump in the election.

Georgia election officials also reported attempts at intimidation after the election of US President Joe Biden, whom his opponent Donald Trump has described as voter fraud.

All of the witnesses who appeared at Tuesday’s hearing spoke about the pressure that Trump’s team also put on them. Many officials said she should have helped efforts to overturn the election. Several detailed the threats they have faced from Trump supporters for refusing to support Trump’s strategy.

“No matter how many times senior Justice Department officials, including his own Attorney General, have told the President that these allegations are untrue, President Trump continued to perpetuate these lies and pressured state officials,” committee member Adam Schiff, a California Democrat, said during the hearing in Washington.

Trump has “lost touch with reality”

Trump’s former Attorney General William Barr said in his video survey a week ago that Trump lost touch with reality at the time. The minister explained to the then president that there was no justification for the statements about electoral fraud. Trump has refused to acknowledge Barr’s concerns and has continued to spread allegations of fraud. William Barr testified that he was “demoralized” by his superior’s claims.

The special committee on the January 6, 2021, storming of the Capitol was tasked with proving that the ex-president’s allegations of voter fraud led directly to the attack on Parliament.