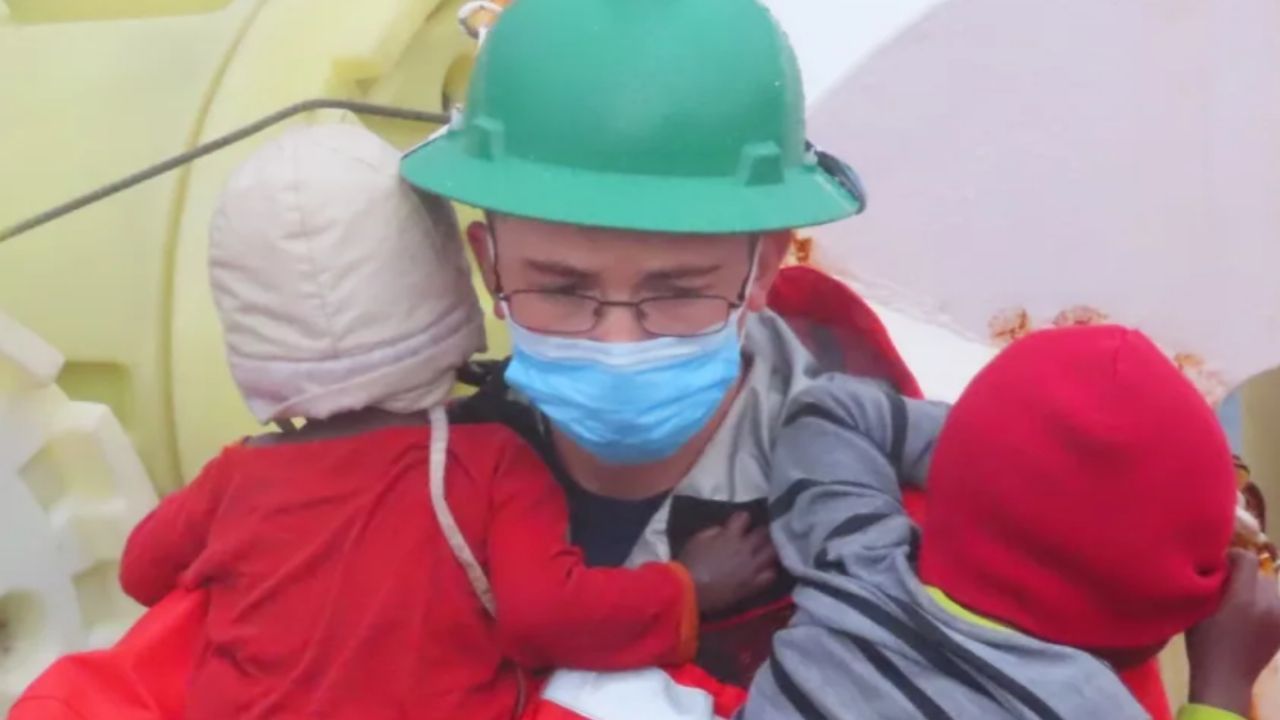 The United States Coast Guard rescued 22 migrants this Monday, including several children, who were traveling in an “overloaded” sailboat with waves of up to 3 meters near the Florida Keyswhile the search continues for others missing in a shipwreck that occurred on Saturday night.

The sailboat was located before dawn today near Rodriguez Keyeast of Key Largo (South Florida), where members of the Coast Guard went to rescue its occupants, the federal agency reported on Twitter.

The 22 people were rescued “from an overloaded boat in rough seas off the Florida Keys,” the agency said.

The Coast Guard teams carried out the rescue with waves between 6 and 10 feet high (1.8 and 3 meters) and winds of 25 miles per hour (40 km / h), according to authorities.

The federal entity showed photos of moments after the rescue in which the agents are seen attending to rescued children.

The rescue comes a few hours after at least four of about fifteen migrants trying to reach the United States coast near Florida drowned when the boat they were traveling in sank, the Coast Guard reported this Sunday.

Follow us on Google News and receive the best information