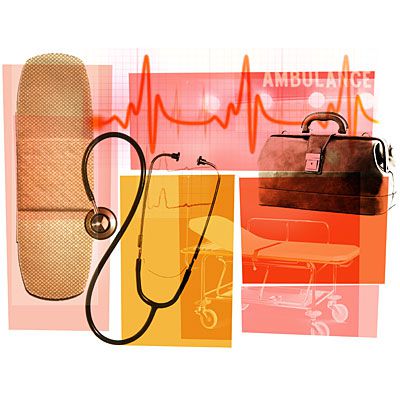 New report on how hospitals perform on infection rates, medical errors, injuries and medication misfires finds four of the worst offenders are in Chicago, while medical centers in Massachusetts score the best . Hospital errors are responsible for 180,000 deaths per year, and 400 per day.

The report was published by Leapfrog, a coalition of public and private purchasers of health insurance benefits. The group recently updated its June list of underperforming hospitals, assigning D and F grades to those that represent “the most dangerous environments for patients in need of care.”

Perhaps the biggest name among the 25 hospitals rejected by Leapfrog is Ronald Reagan UCLA Medical Center at the University of California, Los Angeles. In response to the Leapfrog memo, the University Medical Center told Medscape that UCLA’s mission to provide “the safest, highest quality, cutting-edge care” is reflected in numerous rankings and reports.

Either way, you don’t want to end up in one of the worst performing hospitals in the country until they clean up their act. Here is the list :