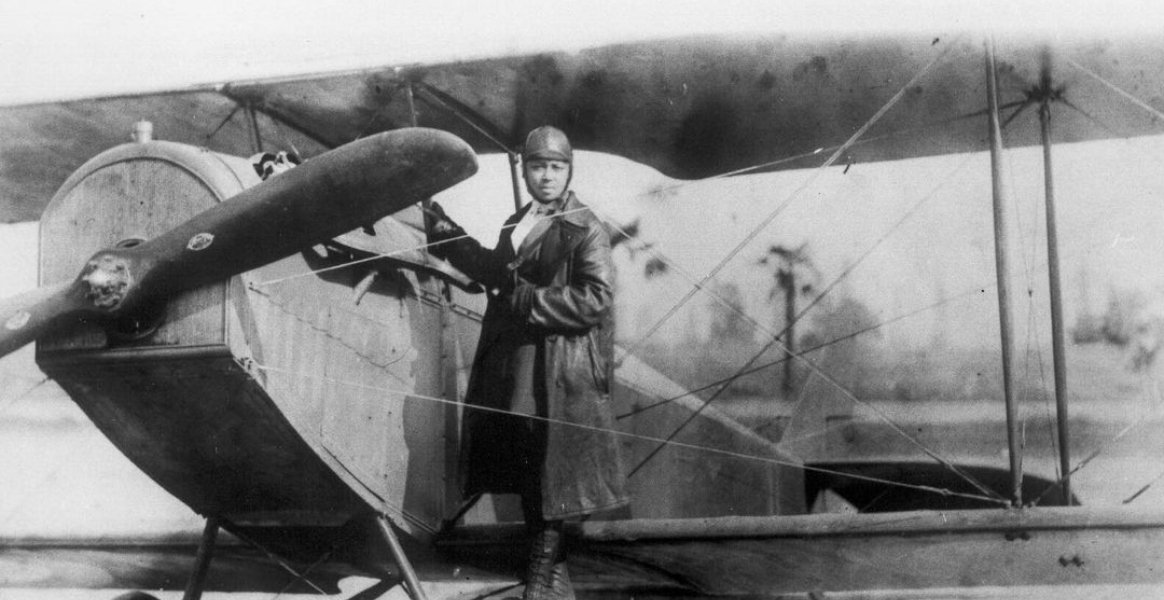 Athlete, artist, activist or even pilot … black heroines have made history with a capital H. Still too little known by the general public, the editorial staff decided to tell you the story of 4 of these fighters, real heroines whose names deserve to be celebrated.

You probably know the Williams sisters. But have you ever heard of Athea Gibson’s tenniswoman? Born in South Carolina, she was one of the first black athletes to reach an international level. She was even the first African-American to win a Grand Slam title in 1956. Even more powerfully, she won 11 titles, and was crowned again at Wimbledon in 1958.

A statue is dedicated to him at the Billie Jean King National Tennis Center in New York. For the record, this is the largest tennis stadium in the world. If she excels at tennis, it is less known that she is also an excellent golfer. In the early 1960s, she was the first black woman to compete in the Women’s Professional Golf Tour. A sacred champion!

She has literally dedicated her life to fighting for women’s rights and those of blacks in the United States. She is a pioneer of the black-feminist struggle, the equivalent of our French Afro-feminist movement. Former member of the Black Panthers, an activist collective for black rights in the 1970s, she is wanted and arrested several times by the FBI. At issue: the actions of his party which rebels against the repeated arrests of blacks and violence against African-Americans.

Angela Davis has the courage to evolve in the Black Panthers world, almost exclusively male. She even became one of their leaders! Indeed, she dares to speak out loud in an era that hardly pays attention to the demands of women. And even less to black people.

She continued her academic career and eventually became director of the Department of Feminist Studies at the University of California. In 1998, she came out on the cover of Out magazine. At the same time, she becomes a symbol for the homosexual community. A real fighter!

Contrary to popular belief, Amélia Earheart is not the only woman to shine in the field of aviation. Bessie Coleman is even the world’s first black female aviator. The tenth of a family of thirteen children, she grew up in Texas, with her mother who worked in the cotton fields and then as a cook. Eager to escape this fate, she saves money and enters preparatory class at Colored Agricultural and Normal University. For lack of money, she is forced to leave the University at the end of the first year.

At this precise moment, the United States entered the war alongside the Allies during the First World War. Discovering the exploits of aviators in the press, Bessie Coleman decides to become a pilot. Unfortunately, no school in America agreed to train African-American students at that time.

Supported by lawyer Robert S. Abbott, she then left for Paris in 1920. She was 27 when she set foot in France. And in just 7 months, she flirts with excellence and successfully passes all exams. On June 15, 1921, she became the first African-American person to obtain the pilot’s license from the International Aeronautical Federation. She returned to the United States where she was greeted as a heroine, both by blacks and whites.

Very quickly, she participated in aerobatic shows and accumulated contracts in order to collect as much money as possible. With this sum, she wants to open a flight school. At the same time, she also defies segregation by only agreeing to perform in front of mixed audiences. In 1926, she bought her first plane. And while she is due to perform on May 1 in Jacksonville, she kills herself the day before, during a test flight.

Mown in mid-flight, its memory is honored by many pilots. Many public places bear her name and she is entitled to a stamp bearing her effigy in 1995. Adventurer at heart, she proves that a woman can be whoever she wants, no matter what her skin color or condition.

If the militant act of Rosa Parks, by refusing to give way to a white girl on a bus, is well known, we tend to forget that the first to have done so is none other than Claudette Colvin. She is 15 years old, when on March 2, 1955, she refused to get up for a white woman to sit in her place on the bus. Recall that at the time, Jim Crow laws of the Southern States impose racial segregation in public transport.

Faced with his refusal, the bus driver stops and calls the police. Claudette Colvin is arrested, assaulted and ultimately taken to children’s court. She is sentenced for “disturbance of public order, violation of segregation laws and aggressionOne last point that she will always deny.

A few months later, Rosa Park repeated this militant feat, in the same town of Montgomery. Even today, Claudette Colvin does not regret her act and is proud to say that it was the spark of a greater blaze. In 2017, Rita Dove, American poet, dedicated a poem to him: Claudette Colvin Goes To Work. That same year, Todd Strange, Mayor of Montgomery, declared that March 2 of each year would be the Claudette Colvin Day, a day dedicated to his memory.

Black heroines who fully deserve their name to be listed in the books and their struggle, told to all the younger generations!