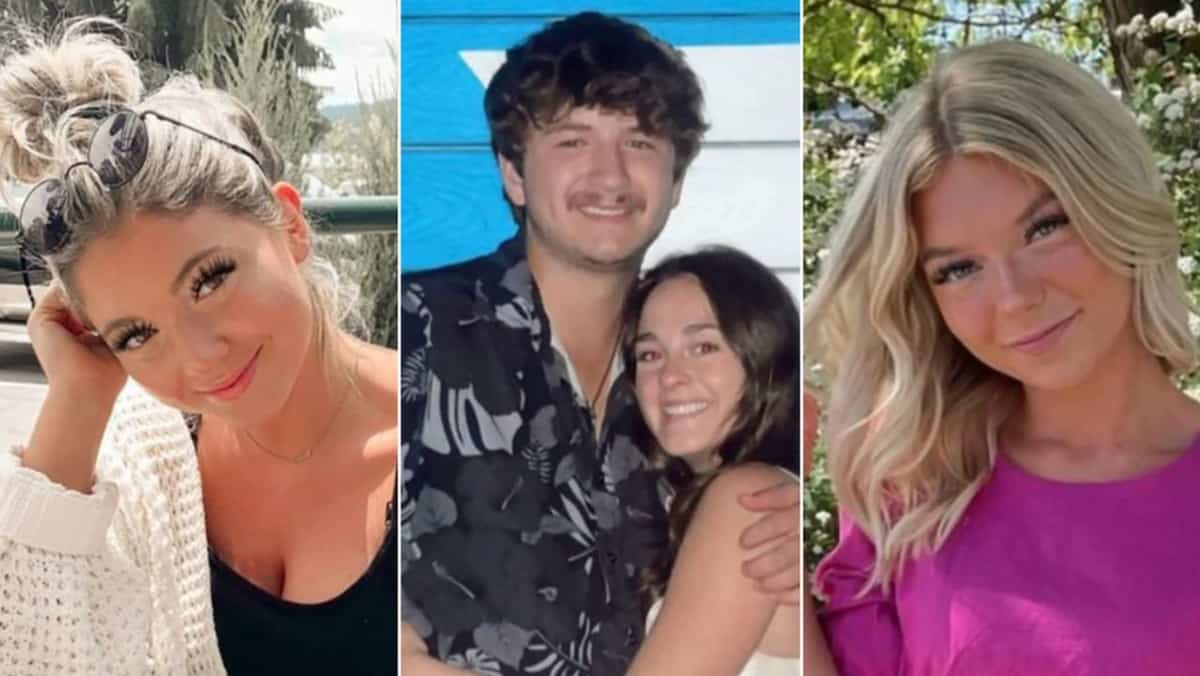 Court documents in the case of the murder of four students in Idaho were released Thursday, revealing new intriguing details about the case that shocks the United States.

• Read also: Who is Bryan Kohberger, accused of murdering the four students in Idaho?

• Read also: Arrested and Charged in the Murders of Four College Students in Idaho

The suspect, Bryan Kohberger, was in court Thursday morning for his initial appearance. He smiled at his defense attorney as he entered the room, but did not make eye contact with anyone else throughout the proceedings, CNN reports.

His preliminary hearing has been set for January 12.

One of two roommates at the Moscow, Idaho home who survived the night of horror told officers she saw a man dressed in black in the residence on the morning of the murders.

In the affidavit filed by the police to obtain the arrest warrant for Bryan Kohberger, made public Thursday and consulted by CNN, the student, identified as a DM, indicates that she heard crying in the morning.

The survivor also allegedly heard a voice say “it’s OK, I’ll help you”, then saw a “person dressed in black wearing a mask that covered his mouth and nose walking towards her”, according to the affidavit consulted. by CNN.

The document clarifies that DM describes the individual as a standing man about 5 feet 10 inches (1.78 meters) who was “not really muscular, but athletic with thick eyebrows.”

The man would have passed next to the survivor, while standing “paralyzed by a state of shock”, write the authorities in the document studied by CNN.

“The man came out through the rear patio door. DM locked herself in a room after seeing the man,” the document reads.

2. The defendant’s DNA on a knife

Trash seized by Pennsylvania authorities from the Kohberger family residence has been linked to DNA found on a knife in the home where the quadruple murder occurred.

“On December 27, 2022, Pennsylvania officers seized trash from the Kohberger family residence in Albrightsville. This evidence has been sent for testing to the Idaho State Lab,” says the document peeled by CNN.

The next day, “the Idaho State Lab concluded that the DNA profile obtained from the waste” matched that found on a tan leather knife sheath discovered on the bed of one of the victims.

3. The suspect’s phone used near the student residence in Idaho

Phone records show quadruple murder suspect Bryan Kohberger’s phone was near the residence of the four victims on at least 12 occasions since June 2022, court documents reviewed by CNN reveal.

“All but one of these events occurred late in the late evening or early morning,” according to the affidavit.

4. New registration 5 days after the murders

The suspect, Bryan Kohberger, reportedly received a new license plate for his car, a white Hyundai Elantra, five days after the quadruple murder in mid-November.

The Washington State Department of Registry provided CNN with a redacted copy of the vehicle’s record.

The file contains a license plate number that matches what is described as the new license plate in court documents released Thursday.