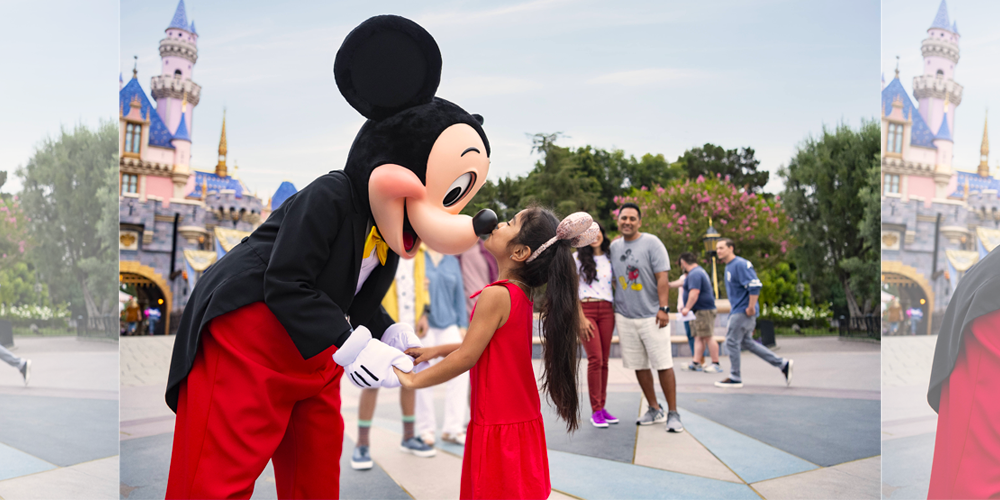 Do you want wonder? Here are a lot of them with the post-pandemic return of shows Nighttime Spectacular.

Hundreds of programmed fountains act as the canvas, as music, fire, mist and lasers weave a narrative weave featuring the greatest Disney and Pixar stories.

It’s really impressive and quite soaking if you admire the show from the front row!

Ah! And there is an explosive part of the show that you absolutely must not miss. 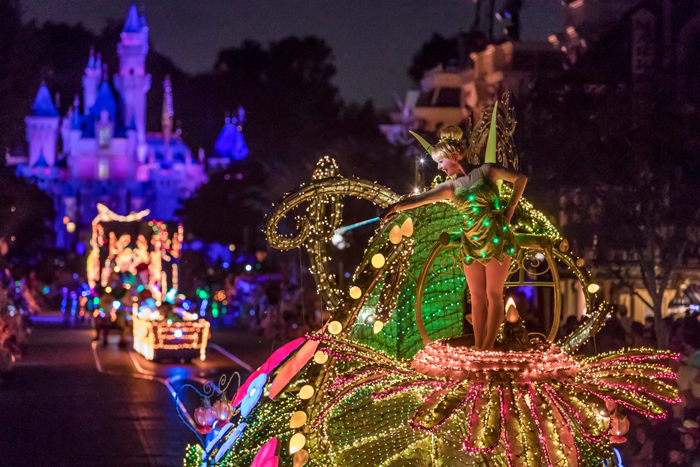 This great Disneyland classic returns just in time for its 50th anniversary! The Electrical Parade on Main Street is a parade that takes place every evening and where you can admire a multitude of illuminated carts. In fact, the parade is said to have over half a million lights! 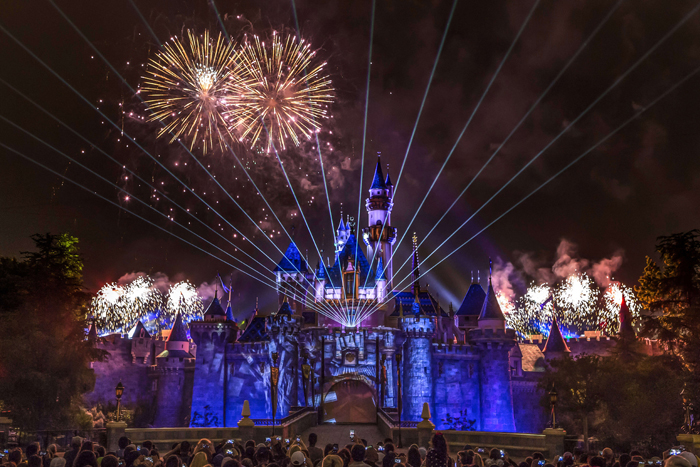 The show begins with a play of lights that pierce the sky and the inspiring words of Walt Disney. Then Peter Pan appears followed by Tinker Bell who sprinkles the castle with magic to introduce the show. Hello chills! 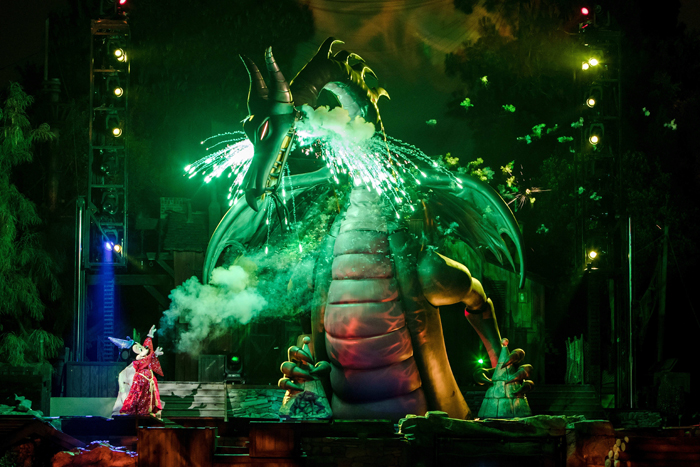 Taking place for its 30th anniversary on the Rivers of America stretch of water, Fantasmic! is a mind-blowing spectacle in which Mickey Mouse dreams of being a sorcerer’s apprentice facing off against dastardly villains. Projections, fire, acrobatics are on the agenda!

We fell in love with the gigantic boat of the Pirates of the Caribbean and the huge dragon of The Sleeping Beauty who spits fire for 25 consecutive seconds! It suddenly gets very hot!

3. An enhanced experience with the Genie+ app

Don’t feel like waiting too long for rides, or even queuing to eat? With the Genie + application you can maximize your time and reserve your places in the most coveted rides, in addition to ordering your meals in advance in the restaurants of the two parks. Simply download the Disneyland app to activate this service.

In addition to Genie+, you will be able to download photos of you and your favorite characters taken on the site by Disney members as well as those where you shout in the rides. Laughter guaranteed.

We like this application because it also includes maps of the two parks, descriptions of the rides, the waiting time for them as well as the entrance tickets! 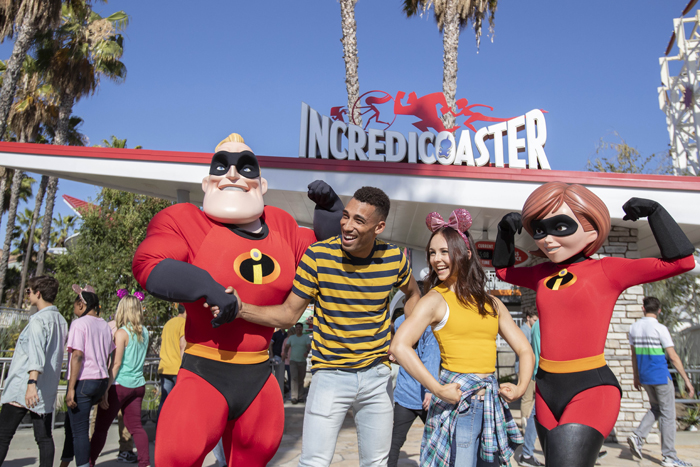 Who doesn’t love California? Let yourself be lulled by the warm and sunny weather of Anaheim during your stay. Moreover, you will be bathed by the Californian wave as soon as you arrive at Disney California Adventure Park thanks to the Buena Vista Street. This street welcomes visitors as soon as they enter the site and immerses them in the city of Los Angeles in the 20s and 30s when Walt Disney arrived there by train (in 1923 more precisely!) with the desire to create Disneyland.

5. Do we have fans of Star Wars in the room? 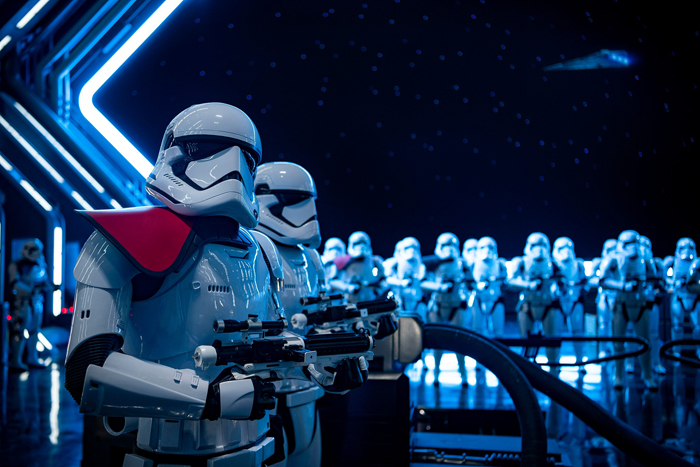 We bet yes! You will then be happy to learn that Disneyland Park is home to the universe Star Wars : Galaxy’s Edge since May 2019. This is the largest thematic universe dedicated to a franchise or film in the entire history of Disneyland and it’s completely exotic! Kirstin Makela, artistic director of the project told us that the real challenge was to make the experience realistic for all the senses. The 2D effect of films is transformed here into a tangible reality. It’s incredibly successful.

In addition to the scenery, the universe includes two immersive attractions: Star Wars: Rise of the Resistance and the Millennium Falcon: Smugglers Run. 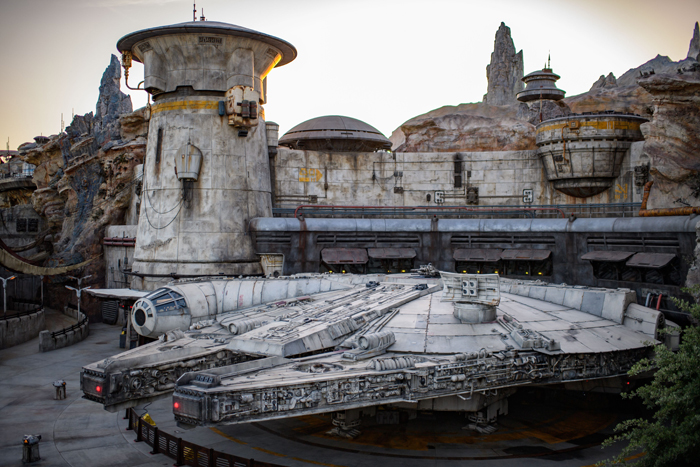