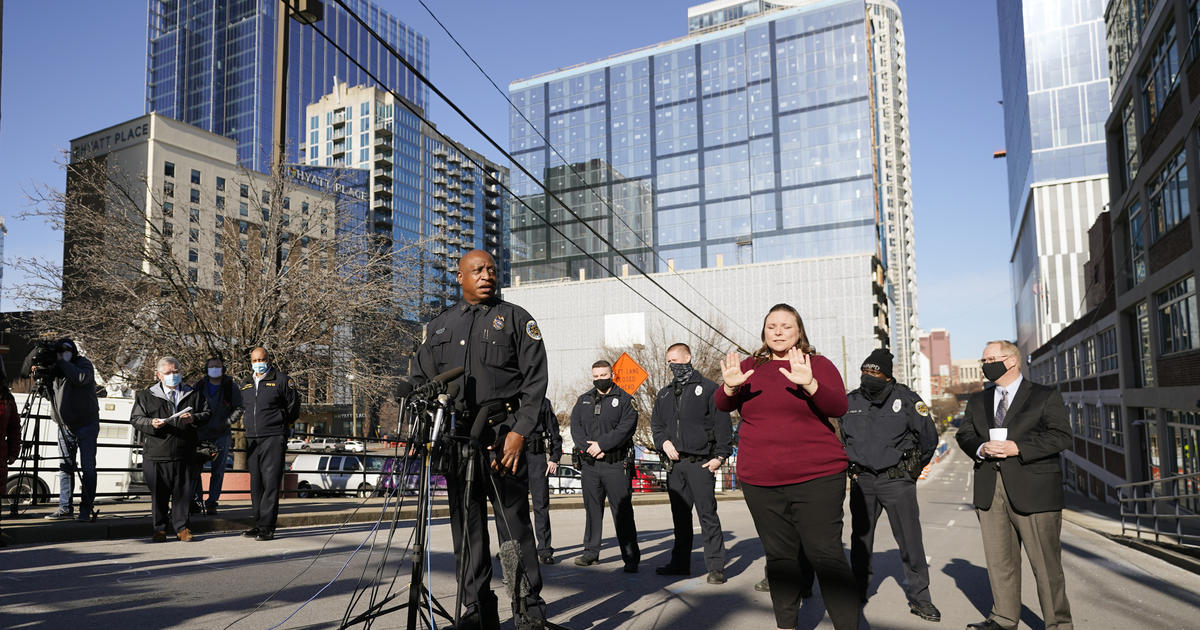 Federal authorities confirmed this Sunday that Anthony Quinn Warner, the Tennessee resident who had been named by police as a “person of interest” in the explosion of a motor home that occurred in downtown Nashville on Friday, was responsible for the detonation. which also caused his death.

Officials told a news conference that Warner appears to have acted alone and that at the moment there are no more suspects.

“We are still following leads, but at this time there is no indication that other people are involved,” said Douglas Korneski, special agent in charge of the FBI’s Memphis field office. “We have reviewed hours of safety video on the RV. We did not see other people involved.”

The researchers used DNA found at the site of the detonation on Christmas morning and other evidence to link the 63-year-old to the mysterious explosion.

Authorities said they have not yet discovered the motive for the attack that damaged some 40 nearby buildings. No more deaths were reported than the author.

Earlier this Sunday, Nashville police spokesman Don Aaronla revealed that Warner was under investigation in connection with the blast and was a “person of interest.”

Investigators said, citing public records, that the man had experience in the field of electronics and alarms, and that had worked as a computer consultant for a Nashville real estate agency. His residence in the city was searched by FBI agents on Saturday.

This occurred after that Google Street View images from the address showed a camper parked in the backyard that matched the description police said was used in the blast.

Damage from the explosion

The AT&T company assured this Sunday that more than 75% of the sites affected by Friday’s explosion have been restored. Service in the Birmingham and Huntsville, Alabama areas is now operating normally.

After the explosion, communication systems, including residential and cell phone service and 911 call centers, failed across the state, Tennesse Gov. Bill Lee said Saturday. Kentucky and northern Alabama were also affected, he added.

“Christmas will never be the same”

This Sunday, police officers gave heartbreaking details of the response to the blast, in testimonies broken by tears, when reliving the moments lived this Christmas.

“This is going to bind us forever, for the rest of my life “, assured this Sunday in a press conference the official James Wells, who suffered a hearing loss due to the explosion. “Christmas will never be the same,” he added.

“I only see orange and then I hear a loud crash. As I stumble, I tell myself to stay on my feet and stay alive,” Wells said, sometimes crying and repeating that he believed he had heard God tell him to walk away moments before of the explosion.

The five officers present at the scene on Friday gave their account of what happened as investigators continued to unravel the motive for the attack with motorhome pump that exploded on a mostly deserted street just after it issued a recorded warning advising people to evacuate.

Officer Amanda Topping said she first parked her car next to the motorhome while answering the call, before moving it once they heard the recording. Topping said he called his wife to let her know that “things were very strange” as he helped guide people away from the motorhome.

That’s when he heard the ad for the motorhome changing from a warning to replaying the 1964 hit ‘Downtown’ de Petula Clark. Moments later the explosion happened.

“I felt the heat waves but I got lost and started running toward (Wells), “Topping recounted. “I have never held someone so strong in my life”added.

Officer Brenna Hosey said she and her colleagues knocked on six or seven doors in nearby apartments to warn people to evacuate. She recalled knocking on a door where a mother of four answered scared.

“I don’t have children, but I have cousins ​​and nephews, people I love who are little,” Hosey said, adding that he had to plead with the family to leave the building as soon as possible.