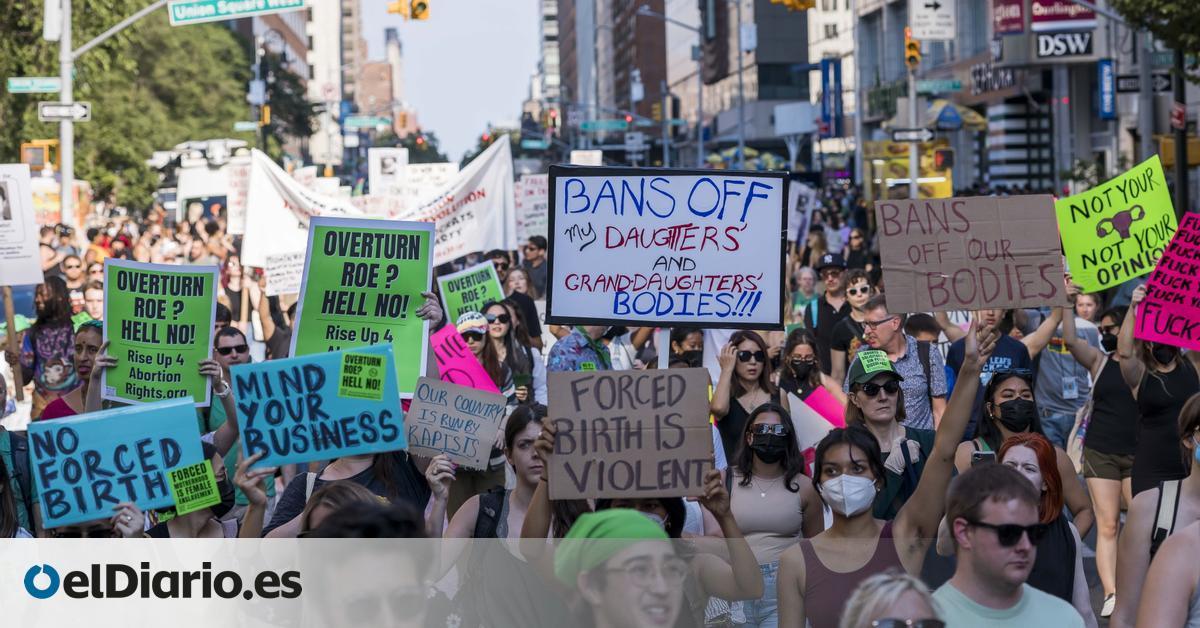 The case of a 10-year-old girl in Ohio, six weeks pregnant after being a rape victim, who was unable to have an abortion in her own state and was forced to travel to Indiana to undergo the procedure, has highlighted the shocking repercussion United States Supreme Court ruling on abortion.

First abortion, and then?: the conservative judicial revolution in the US

The girl’s story came to light three days after the Court annulled the right to terminate pregnancy throughout the country, and the automatic activation of the abortion ban from of the six weeks in this Midwestern state.

Dr. Caitlin Bernard, an OB-GYN from Indianapolis, said she had received a call from an Ohio medical colleague who treats child abuse victims asking for her help. Indiana lawmakers have not yet banned or restricted abortion, but they likely will when a special session of the state assembly is called later this month.

Practicing abortion doctors like Bernard say they are seeing a sharp rise in the number of patients coming to their clinics for abortions from neighboring states where these procedures are now restricted or banned.

“It’s hard to imagine that in a few weeks we won’t be able to offer that care,” Bernard told the Ohio Journal. Columbus Dispatch.

But the case of the 10-year-old girl has placed prominent anti-abortion political figures in the position of balancing the rights of women and girls – including victims of abuse – while defending restrictions on abortion.

The Republican governor of South Dakota, Kristi Noem, mentioned as a possible vice presidential candidate with Donald Trump in 2024, said this Sunday in an interview on CNN that she found it “unbelievable” that “no one is talking about the perverted, horrible and deranged individual who raped a 10-year-old girl.

Abortion is now a criminal act in South Dakota “unless there is a reasonable and appropriate medical judgment that the performance of an abortion is necessary to preserve the life of the pregnant woman.” Incest and rape cases are not an exception under current South Dakota law.

On Friday, the state also banned telemedicine medical abortion and increased the penalty for practicing medicine without a license when abortions are performed.

CNN anchor Dana Bash asked Noem if it was okay for a pregnant 10-year-old rape victim to have to cross state lines to get a legal abortion.

In an attempt to deflect the question, Noem said that child rape is “an issue that the Supreme Court has weighed…as well,” adding that the public should also “turn to those sick individuals.” [que] They do this to our children.”

When asked if she would try to change the law if a similar case were to occur in her state, Noem replied: “I don’t think a tragic situation should be perpetuated with another tragedy. There are more things that we have to do to make sure that we really live a life that says that all life is valuable, especially innocent lives that have been torn apart, like that 10-year-old girl.”

When asked if the girl should have the baby, Noem said that “every life is precious. This tragedy is horrible. But, in South Dakota, the current law is that abortions are illegal, except to save the life of the mother.”

But asked whether allowing a 10-year-old girl to have an abortion would be considered protecting the life of the mother, Noem did not rule out that interpretation.

See Also:  When did Chris Duarte and his Indiana Pacers debut in the 2021-2022 NBA season? | NBA.com Mexico

“Yes, in that situation, the doctor, the family, the people closest to them will make the decisions for that family,” he said, returning to the issue that for many Republicans is the central axis of the abortion debate.