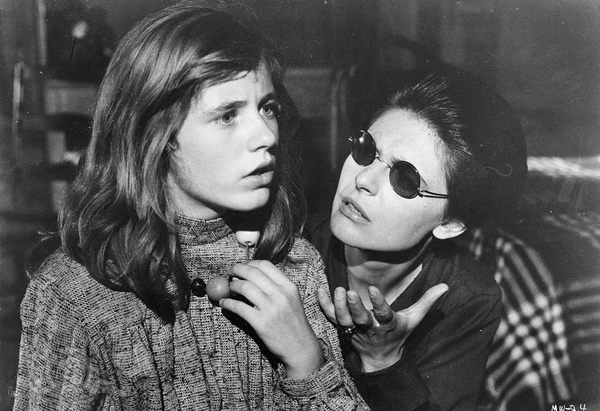 Helen Keller is 12 years old. She can’t see, can’t hear and has all the symptoms of mental retardation. His parents call on Annie Sullivan, an educator with revolutionary methods, and herself visually impaired. The first contacts between the child and the educator are difficult and sometimes violent.

Second feature film, after The Lefty (1958) d’Arthur Penn, Miracle in Alabama constitutes the culmination of a long artistic process: the director had, indeed, already a long experience with the subject since he had directed in 1957 on CBS an episode of the series Playhouse 90, then in 1959 a theatrical version mounted on Broadway and hailed by three Tony Awards. The film, like the TV movie and the play, adapts a text by playwright William Gibson “The Miracle Worker” devoted to the story ofHelen Keller and inspired by her autobiography where she tells how a deaf and blind little girl, she will discover communication with those around her thanks to the educator Anne Mansfield Sullivan. Helen Keller will become the first deaf-mute to graduate from university and will be multi-awarded for her humanitarian activities. For his film, Arthur Penn decided to use the two actresses of the play, Patty Duke and Anne Bancroft, even if both were older than their characters: 16 and 30 years old when Helen was only 7 years old and Anne Sullivan, barely 20 years old. Their masterful interpretation will be hailed by an Oscar for each actress, Patty Duke becoming in 1963 the youngest actress to win it! The whole point of the play and the film is to show that the only way to unlock language in this child, closed in on herself, is through gestures and physical contact. Arthur Penn’s film, which is therefore visually of rare violence, opens with a chilling scene of a father yelling at his mute child in a cradle. The staging of great dryness and formidable efficiency does without any grandiloquent effect to better link impressive and poignant scenes at the same time, like this long hysterical sequence of 8 minutes about a meal which will end in an almost total destruction of the dining room, a feat for the actresses at the end of their tether (five days of filming) and management of the space of rare virtuosity. Beyond the trivial anecdote and the news item, Miracle in Alabama transcends the confrontation of the characters concerned, educator, mother, father, half-brother, to broaden its opening message symbolized by this human being imprisoned in the body of a little girl who ends up emerging into the world during an emblematic scene around a water pump. Going from gentleness to extreme violence, from cajoling to constraint, the game between Anne and Helen will not be easy, neither for them, nor for the parents of the little girl, excellently interpreted by Victor Jory, the father, and Inga Swenson, mother. Splendidly photographed in sumptuous black and white by Ernesto Caparrós, Miracle in Alabama cannot leave anyone indifferent: the silhouette of Anne Bancroft with her face masked behind dark glasses and the facial expressions and postures of Patty Duke arouse the emotion whose impression is persistent. The sensory, physical staging, with striking lighting and framing, by Arthur Penn makes palpable the balance of power, the educator’s non-conformism and the psychological heaviness of the little girl, skilfully maintained by a consummate art of editing. Between the theatricality of the image, the almost documentary observation of the facts and their exemplary interpretation, Miracle in Alabama is an almost timeless film whose message of hope is always welcome. Outstanding.

Blu-rays and DVDs available on Amazon