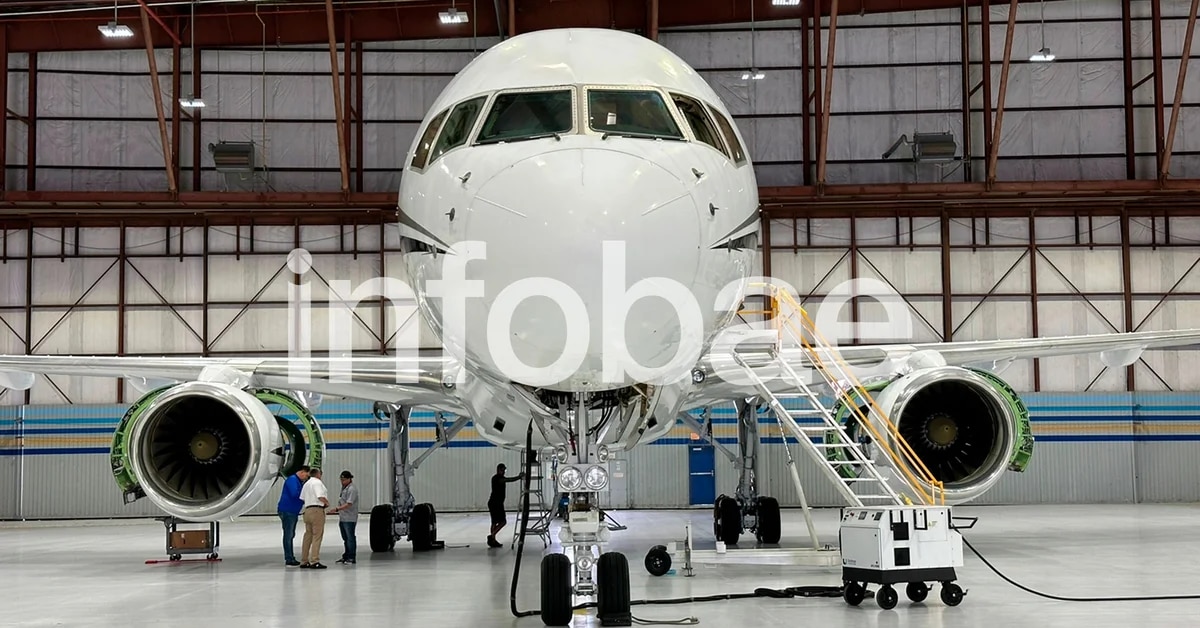 The new presidential plane will be called ARG 01. This week it should pass the pre-purchase inspection (IPP)

The delicate operation that the national government faced to buy a new presidential plane entered the final stretch. This Monday he will travel to Louisiana (United States) a special entourage to participate in the last revision before the signing of the contracts. The Pre-purchase inspection (PPI), as it is known in aeronautical jargon, is decisive for the negotiation to advance. Although in recent weeks there were unforeseen delaysin the Government they expect the arrival of the plane by mid-February.

The final inspection of the aircraft, a Boeing 757-256 so far identified with the registration number N757AG, it could start between Tuesday and Wednesday and will take at least 48 hours. Before, the selling company must solve a list of contingencies that were detected at the last minute. “They are minor issues, like changing two windshields, but everything has to be ready before starting the PPI,” explained one of the officials familiar with the details.

However, in the Government there is some discomfort with the selling company, C&L Aviation Group, due to a series of unforeseen events that occurred in recent weeks. “They did not raise the news until the money was deposited in the ICAO (an organization that depends on the United Nations),” complained another official consulted by this means. The difficulties in obtaining some spare parts and the halt in activities in the United States due to the Holidays ended up complicating relations.

It may interest you: The Government defines whether it will request external financing or use Treasury funds to buy the new Tango 01

The C&L company is actually an intermediary that acted from the beginning with a power of attorney. The aircraft chosen by the Government is in the name of Strong Aviation LLCas revealed by this medium in July of last year.

Although unknown to the Presidency, C&L had already sold the Air Force a airplane SAAB 340B y It has current contracts for the provision of parts and maintenance of other aircraft of that force. In the Government they suspect that there were also complications in the sale of that plane, but they were never reported publicly.

In the private aeronautical market, eyes were drawn from the beginning to local C&L representatives. In fact, one of them participated in one of the first trips to the United States to make contact with the new presidential plane.

The new presidential plane is in the same workshop where Donald Trump’s private plane and Air Force 2 are being conditioned.

The aircraft has been in a Boeing-enabled shop in Louisiana. In that same place, the private plane of former President Donald Trump, a Boeing 757, and Air Force 2, the aircraft that usually transports the current vice president, Kamala Harris, are being fixed.

Before the end of the year, the government envoys went through the workshop and detected that the procedures were delayed. One group returned to Buenos Aires to spend the Holidays and another stayed in the United States reviewing the documentation. “In the PPI contingencies can always appear, but we choose to believe (like Messi),” minimized one of the officials aware of the negotiations.

If there are no unforeseen events during these hours, tomorrow night, four people sent by the Presidency will travel. Two engineers, two mechanics and officials from the regulatory body are waiting there. All of them will be joined by ICAO envoys and representatives of the vendor company.

It may interest you Alberto Fernández approved the purchase of the new Tango 01: the Government will pay more than USD 22 million

For the third week of January the “acceptance flight” is scheduled, a short trip that starts and ends in the workshop where the plane is. The next step would be the signing of the contract. Only at that time, ICAO must transfer the withheld money to the selling company. If there are no setbacks, the plane could only land in Buenos Aires in mid-February. The most cautious speak of March.

By then, It will already have paint and a new name: ARG 01. The old name, Tango 01, comes from the time when official planes were flown by the Air Force. “The driving and operation of the fleet is in charge of civilians,” explained an official source. Actually, the name change of the presidential plane is part of a government plan to rename all the planes and helicopters in the fleet. They have already reserved from ARG 01 to ARG 09. And in the helicopters it will be from 10 to 20.

When will be the baptism flight for Alberto Fernández? “There is no date. We are working without looking at the President’s agenda”, they responded at the General Secretariat.

The new aircraft has the capacity to 39 passengers, a master bedroom with all the comforts, and two other guest bedrooms that can be adapted as meeting rooms. Unlike the old Tango 01, it can fly non-stop to Europe or the United States.

“The Boeing 757 is an aircraft that continues to be used by airlines around the world such as United Airlines, Delta Airlines, Fedex, UPS and not to mention that the plane used by the vice presidency of the United States of America (Air Force 2) is a version of this same model”, say the Casa Rosada when defending the choice of the plane.

After extensive negotiation, the Government paid USD 22.230.000 and must deliver the old Tango 01, valued at almost USD 3 million. In total there are more than USD 25 million.

The old Tango 01 has been stopped since 2015. Since then, the Government must invest some USD 200,000 per year to comply with the maintenance plan. During the government of Mauricio Macri there were several frustrated attempts to buy another plane: the first tender before the ICAO fell due to internships within the Government and the second due to the economic reality of the country.

When Alberto Fernández arrived at the Casa Rosada, those responsible for the presidential fleet recommended repairing the plane with an estimated investment between USD 12 and 15 million. But the ICAO advised against the repair and the option of an “exchange” was passed, which means changing the plane for a similar one of the same make and model. In the international tender, only three bidders and only one ticked all the boxes: C&L’s Boeing 757-256.

During the first three years of his administration, Alberto Fernández spent almost USD 5 million renting planes for his trips abroad. In the last few presidential tours, he opted for Argentinian airlines arguing that it was cheaper. It will no longer be necessary. Despite the enormous political cost, the President decided to remain on the list of leaders who renewed the presidential plane. The last one had been Carlos Menem, in 1992.

Gesture in the internal opposition: Larreta, Morales and Lousteau were shown together again in Mar del Plata
The start of the election year already projects enormous institutional tension and a lot of political mud
The request for impeachment to the Court threatens to paralyze the other projects that the Government will send to extraordinary