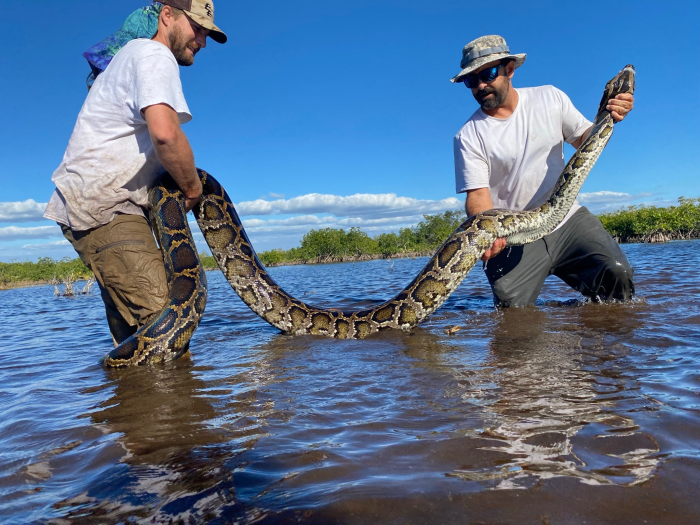 The huge Burmese python was captured by a team of biologists working to l’organisme Conservancy of Southwest Florida. In recent years, scientists have used radio transmitters transplanted into male snakes to study the movements of the species. This is how the imposing python was discovered.

Weighing nearly 97 kilograms (or 215 lbs) and hatching 122 eggs, the female has become the largest specimen ever seen in the US state so far.

The Burmese python is an invasive species that is currently wreaking havoc in South Florida. It reproduces rapidly, unbalancing ecosystems.

Its prey includes native species such as rabbits, opossums and white-tailed deer – which are also hunted by the panther, which is in danger of extinction.

For 10 years, different teams have removed nearly 1000 snakes in an area of ​​nearly 260 square kilometers.

*Editor’s note: All photos are courtesy of the Conservancy of Southwest Florida. *

SEE ALSO: For science: we send snakes to Fukushima!