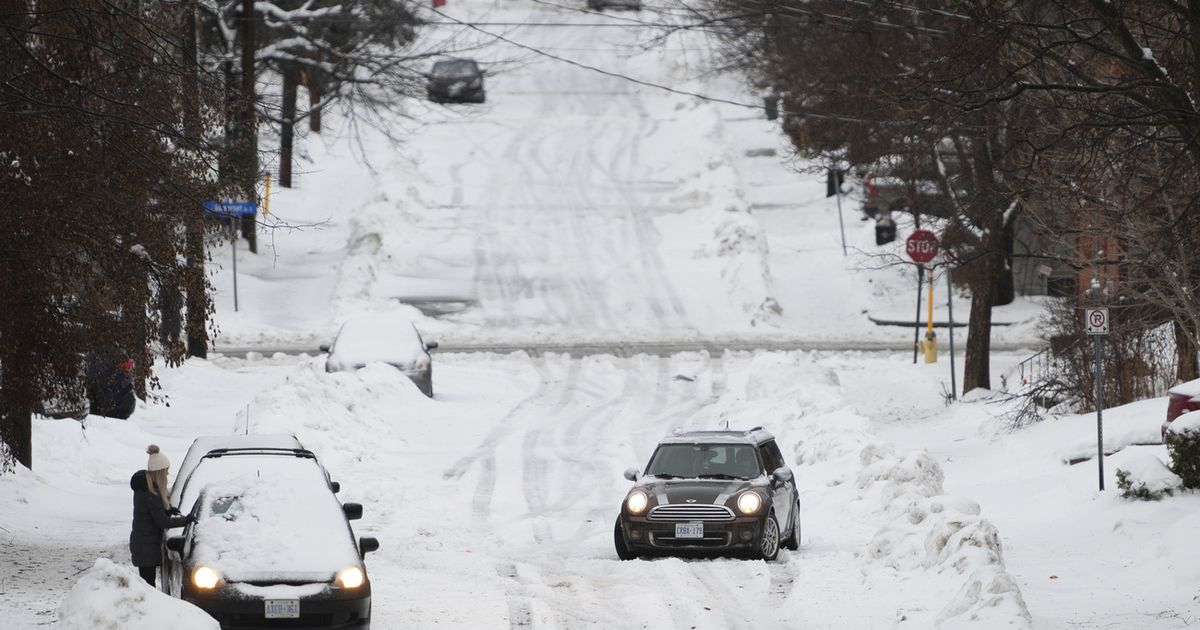 The heavy snowfalls and polar temperatures that hit the United States are due to a meteorological phenomenon called “low pressure bomb”. It is a depression whose intensity is made historic by freezing arctic air.

This type of storm occurs “only once in a generation”, according to the US National Weather Service in Buffalo. We are dealing with a “historic cold wave”, explains Cyrille Duchesne, meteorologist at the Weather Channel.

Several cold records have thus been broken: -53 degrees in Western Canada, – 38 degrees in Minnesotabut also, further south, where temperatures are usually milder at this time of year, -13 degrees in Dallas or -8 degrees in Houston.

Its causes are however quite classic, namely a low pressure system, caused by a powerful conflict between two masses of air: one very cold from the Arctic and the other tropical from the Gulf of Mexico.

A depression is a system of low atmospheric pressure, often synonymous with bad weather: its dynamics lead to updrafts which cause clouds and precipitation. What makes the current case extraordinary is that the atmospheric pressure this time dropped very quickly, in less than 24 hours.

This is called an “explosive genesis”. This appears when the pressure drops more than 20 hectopascals (hPa) in 24 hours at mid-latitudes. It is the same phenomenon which had been at the origin, in France and in Switzerland, of the storm of 1999 remained in the memories, or of Xynthia in 2010.

>> On the topic: 20 years ago, Hurricane Lothar devastated thousands of hectares of forest

In the case of the United States, the atmospheric pressure suddenly dropped by 40 hPa in 24 hours, according to Yann Amice, meteorologist at Weather’n’co. “This led to the formation of extreme storm conditions near the heart of the depression, with particularly harsh conditions”, marked in particular by very strong winds, blizzards and snowfall, indicates Cyrille Duchesne.

For him, the rarity of this storm does not come so much from its causes – a “low pressure bomb, it happens regularly” – but from its intensity and the extremely low temperature level. “That’s what makes it exceptional.”

What is this due to? Quite simply to the fact that the storm leads to a dive of the polar vortex, that is to say a particularly cold mass of air coming from the Arctic, towards the temperate latitudes, carried by the undulation of the jet stream (current of altitude) and favored by anticyclonic conditions on the Pacific.

Result: sometimes vertiginous drops in temperature have been observed, as in Denver where the thermometer lost 33 degrees on Thursday in just 7 hours, recording with -31 degrees its coldest temperature since 1990. Combined with the blizzard and the snow, the feelings in the plain can sometimes reach -55 degrees.