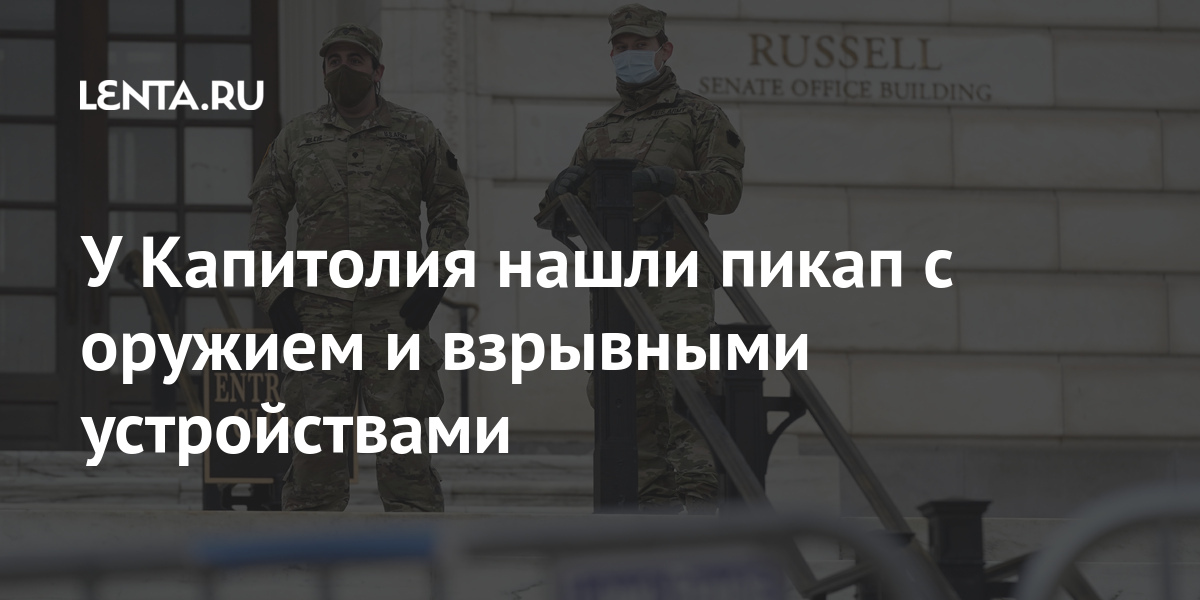 After the riots in Washington, police found a car with weapons and explosive devices near the Capitol. Reported by CNN.

On Wednesday, January 6, a red Alabama pickup truck with a pistol in the passenger seat caught the attention of police. The car was parked two blocks from the American Congress building, which had been seized by supporters of Donald Trump.

During a search in the car, they found an M4 Carbine submachine gun, several magazines with cartridges, 11 glass jars with an incendiary mixture consisting of gasoline mixed with expanded polystyrene, fuses from rags and a lighter. The car belonged to 70-year-old Lonnie Leroy Coffman from Falkville, Alabama. In the evening of the same day, he was detained in Washington with two pistols. The man did not have a gun permit.

On Thursday, January 7, Coffman was arrested, reports District of Columbia Attorney’s Office. He was charged with illegal possession of an explosive device and possession of a pistol without a license. On the first charge, he faces imprisonment for up to 10 years, on the second – for up to five years.

“The US Capitol Police said they are verifying information about a suspicious object near the headquarters of the National Committee of Democrats,” – said in a statement.

Coffman is one of 13 suspects linked to the Capitol riots who were charged on Friday, December 8. One of them arrived in Washington with a submachine gun and hundreds of cartridges and confessed to his acquaintances that he wanted to kill or run over with a car the Speaker of the House of Representatives Nancy Pelosi. Others are accused of smuggling firearms and ammunition into the Capitol grounds.

On January 6, protesters supporters of US President Donald Trump broke into the Capitol building and surrounded the Senate Hall. The Senate and the House of Representatives interrupted a meeting at which it was planned to approve the results of the last elections. According to this data, Democrat Joe Biden won the presidential elections. During the protests, five people were killed and the police detained nearly 70 rioters.