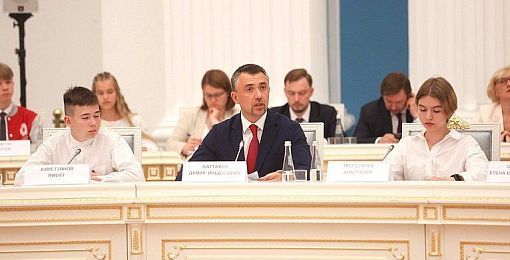 Anastasia Tverdokhleb, in her speech, summarized the proposals of young people on the principles of the new children’s movement being formed in Russia.

Anastasia Tverdokhleb, a student of gymnasium No. 26 of Chelyabinsk, took part in a meeting of the Council under the President of Russia for the implementation of state policy in the field of protecting families and children. She presented the generalized proposals of the younger generation on the principles of the children’s movement, which Vladimir Putin instructed to form in May of this year.

– It was a great happiness for me to have the opportunity to personally take part in the development of the concept of the children’s movement, – the Chelyabinsk schoolgirl specified. – Together with the guys, we teamed up, had a brainstorm and thought about what the name, attributes, values ​​and traditions of the movement could be. This is how we formulated the main principles of the participants of the new association.

The key values ​​of the new youth movement are friendship, respect and love for the Motherland. The association will allow all the guys to actively and together go towards their goals, while maintaining their individualities.