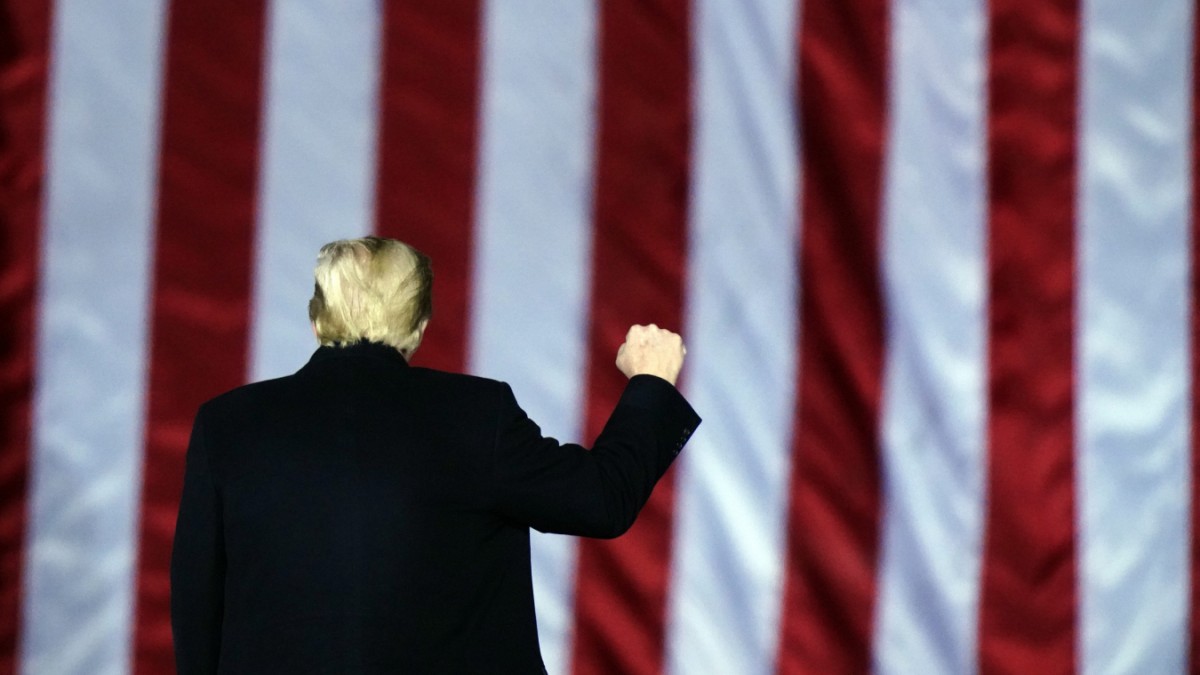 Nancy Pelosi, the powerful Democratic Speaker of the House of Representatives, number three in political rank after the president and vice president, appears determined to hold Donald Trump accountable for Wednesday’s Capitol storm. On Friday, Pelosi issued a threat that will hardly be retractable: If Trump does not resign “immediately” or his Vice Mike Pence does not immediately initiate impeachment proceedings under Amendment 25 of the Constitution, then Congress will begin a second impeachment proceedings against Trump.

Pelosi and the head of the Democratic Party in the Senate, Chuck Schumer, had already made these demands on Thursday. But Pelosi has now increased the pressure significantly with the word “immediately”.

Pelosi will not seriously assume Trump or Pence will comply with their request. So far, at any rate, Pence has apparently not even responded to Schumer’s and Pelosi’s request for a call back. He will make no move to mess it up with Trump – or better, his millions of supporters. Some of them already think Pence is a traitor. On Thursday night he fulfilled his constitutional duty in Congress and formally announced and thus confirmed Joe Biden’s election victory. Trump called Pence “weak” because of this, and many supporters of Trump saw Pence’s behavior as outrageous.

Pence would have to convene the cabinet and get a majority there for Trump’s inability to office. There is supposed to be a debate among the ministers about it, but no one has yet dared to publicly declare that they want to lift Trump out of office. Two who might have raised their hands for it preferred to resign. Education Minister Betsy deVos and Transport Minister Elaine Chao. As long as pence doesn’t move, nothing moves.

It is therefore almost certain that a new impeachment will be initiated by the House of Representatives on Monday, reports various US media. There could be a vote on this in the middle of the week.

See Also:  Twenty-six Republicans in the Senate are calling for a meeting with Biden about his new measures

After a three-and-a-half-hour telephone conference with the Democrats in the House of Representatives, Pelosi said it was “Members’ hope that the President will resign immediately”. In the event that he does not do that, they have instructed the “Rules Committee” to “be prepared”. The Committee is a kind of committee of rules of procedure in the House of Representatives. He should prepare himself for all eventualities.

If, for example, Pence and the cabinet give in and declare Trump incapacitated, Trump could contradict the decision. It would then be up to the parliamentarians to declare Trump incapable of fulfilling “the duties and obligations of his office”. If this does not happen, draft resolutions must be prepared for the House by the “Rules Committee”, which are apparently already being worked on.

A first draft for the impeachment resolution was made public on Friday. Accordingly, Trump should be charged with “inciting a rebellion”. Called on by Trump, thousands of Trump supporters made their way to the Capitol on Wednesday after the President’s speech in front of the White House. There they were involved in “violent, deadly, destructive and rebellious acts”. Trump thereby threatened the “integrity of the democratic system”. He had shown that he would “pose a threat to national security, democracy and the constitution” if he was allowed to remain in office.

17 Republicans would have to defeat the Senate

Impeachment proceedings are vaguely reminiscent of legal proceedings. The House of Representatives acts as an indictment. The Senate as a court. The House of Representatives collects evidence, formulates the charges and votes on them. A simple majority is enough to bring the indictment to the Senate. The Senate must then immediately examine the charges. Each of the 100 senators is a judge in the trial. If in the end two-thirds of the senators approve, Trump is convicted and removed from office.

The whole process took many weeks in the three cases of impeachment in US history. With great effort and a lot of non-partisan will, it would be possible to remove Trump from the Oval Office before his last day at work on January 20. The rules certainly allow for such a speed impeachment. But it is not very likely. Especially not as long as the Senate is not formally in democratic hands.

For that to happen, the two new Democratic Senators, Raphael Warnock and Jon Ossoff, elected in Georgia last Tuesday, would have to have taken their seats in the Senate, which will probably only happen after Biden’s swearing-in on January 20.

Even if everything has its new order after January 20, a two-thirds majority is still required to condemn Trump. 17 of the 50 Republican senators would have to side with the Democrats. Politically speaking, Trump would then be posthumously removed from office.

In the impeachment case that was concluded against Trump a year ago, there was only one Republican who switched sides: Mitt Romney from Utah. He has not yet made a clear statement about a new impeachment. senator Ben Sasse from Nebraska has at least announcedthat he will look closely at the charges. On Friday, Lisa Murkowski from Alaska, the first female senator, called for Trump to resign. But she kept it open whether she would also support impeachment. You are now thinking about whether you can continue to be a Republican, she said.

Initially, it does not seem sensible to want to remove Trump from office after January 20. Then he is no longer in office. But he could be dismissed dishonorably afterwards in this way. And with another vote, he could be forbidden from ever again seeking public office. A renewed candidacy of Trump in 2024 would be off the table. Some Democrats hope to use the argument to win over moderate Republicans in the Senate who want to end the Trump chapter once and for all. Even if that doesn’t work, Trump would be the first US President against whom the House would decide on a second impeachment. More flaws are hardly possible.

See Also:  Vegan meals on airlines on the rise

But Pelosi also worries about something else. How an insane president can be kept away from the nuclear weapons codes. She therefore telephoned the Chairman of the Joint General Staff, General Mark Milley, to explore the possibilities of preventing an “unstable president from initiating military hostilities” or “ordering a nuclear strike”, she informed her party friends in a letter.

It is not known what General Milley replied to this highly unusual request. In the Ministry of Defense, however, Pelosi’s advance was not so well received, reports the New York Times. Trump is still the commander in chief. And as long as he is in office, the military must follow his lawful instructions. Proactively removing the president from the chain of command would be tantamount to a military coup.

President-elect Joe Biden has stayed out of everything so far. The impeachment is anyway a question that ultimately has to answer Congress, not him, he said on Friday. He was only happy about Trump’s announcement that he would not be attending the inauguration. That is a “good thing”. And arguably one of the few things “he and I will ever agree”.