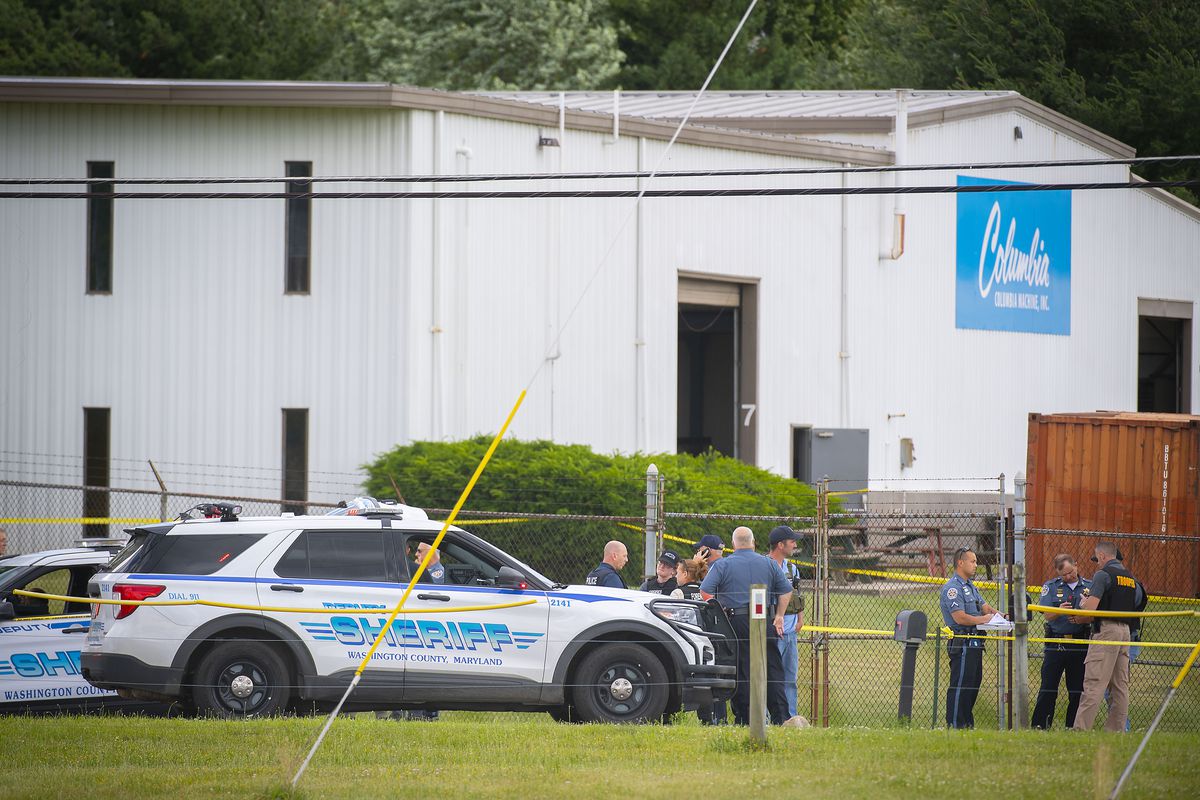 Los shootings in the United States they do not give up. This Thursday, an armed man entered Columbia Machine, a construction machinery factory in the town of Smithsburg, in western Maryland, and caused “several deaths,” the Washington County Sheriff’s Office confirmed in a announcement. The governor of Maryland, Larry Hogan, confirmed shortly after that the incident had resulted in three fatalities and that the attacker was neutralized by the police, although he did not give information about his condition, the newspaper reports in its digital edition. Baltimore Sun.

The Smithsburg police responded to an emergency call from the factory around 2:30 p.m. (local time, six more hours in mainland Spain). According to the first information, the attacker was injured during a confrontation with the police officers who came to the scene and had to be hospitalized. Until now he has not revealed his state of health. “No longer a danger to the community,” read the message from the sheriff’s office. According to Hogan, after being alerted to the presence of the armed man, a police chase ensued. In the exchange of shots, the suspect wounded an officer in his shoulder, while he was shot in the back.

The one in Maryland is the umpteenth mass shooting recorded so far this year. After a bloody weekend, in which various events left at least fifteen dead, the country is still trying to digest two massacres, perpetrated in less than a month in Buffalo (New York) and Uvalde (Texas), with a combined result of 31 deaths. The first was a racist massacre by a white supremacist; the second, a butchery in a primary school, perpetrated by a taciturn young man from the place, which left 19 minors and two teachers dead.

This bloodbath revived once again the postponed debate on gun control, which the Republicans vehemently oppose and whose advances, even discreet, in this legislature run up against the precarious Democratic majority in the House. State initiatives, such as New York’s, to raise the legal age to purchase a semi-automatic weapon, such as the assault rifles used by the Buffalo and Uvalde raiders, have a dubious future at the federal level. This Thursday, the House of Representatives voted in favor of a legislative initiative that allows activating a procedure to confiscate firearms from people who may represent a danger to others or to themselves. This is what in States like New York, with one of the most restrictive laws in this regard, is known as “red flag” laws. The timid measure will most likely crash against the Republican opposition in the Senate, despite President Joe Biden’s repeated invitation to conservative legislators to join forces against what the White House has been calling an epidemic, that of armed violence. , in clear increase since 2020.

These have been very busy days for the governor of Maryland, who had to respond the day before to the threat against Supreme Court Justice Brett Kavanugh, after an armed man approached his residence with homicidal intent, in a disturbing drift from the polarization that divides the country. “I call on the leaders of both parties in Washington to strongly condemn these actions in no uncertain terms. It is vital to our constitutional system that judges are able to carry out their duties without fear of violence against them and their families,” he stated Wednesday.

subscribe here to the EL PAÍS America newsletter and receive all the key information on current affairs in the region.