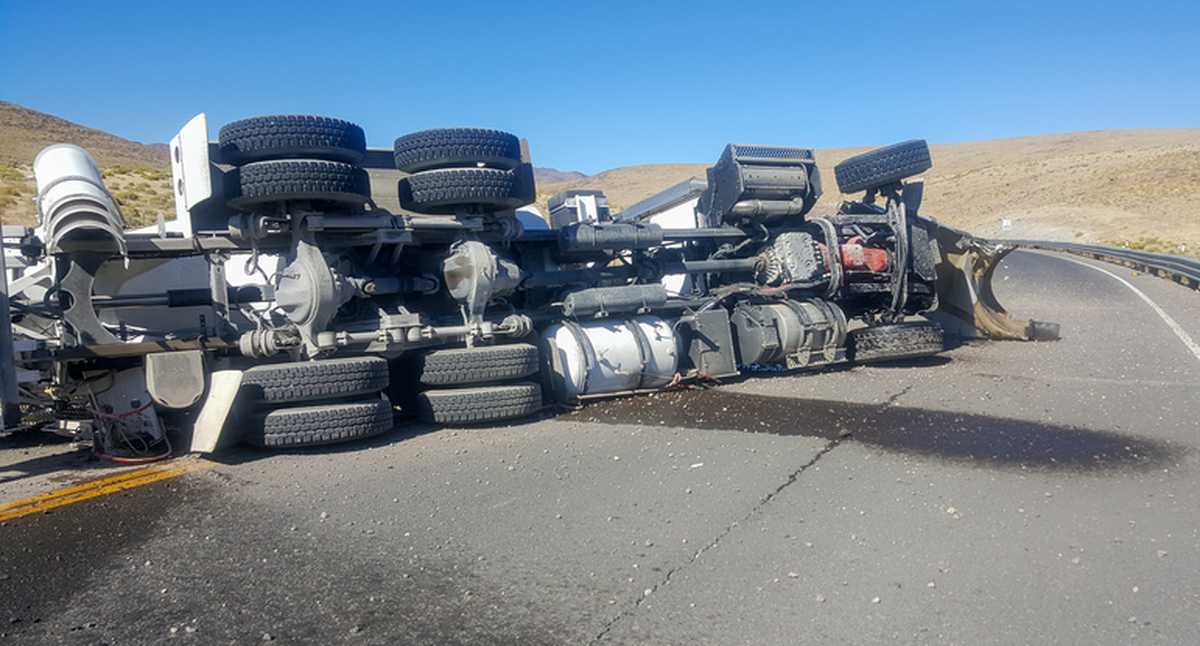 This Friday, September 23, in the morning, a person was injured after an accident that involved multiple vehicles on Interstate 95, including a truck from the famous President Supermarket.

The accident occurred shortly after 6 a.m. in the northbound lanes of I-95, just north of Interstate 595 in Broward County.

According to the Florida Highway Patrol, the driver of a white Honda rear-ended the truck, causing the truck’s axle to come off.

Authorities claimed the driver made a right turn, flipping the truck onto a concrete wall and causing the contents of the truck to spill.

The accident occurred in the northbound lanes of I-95, just north of Interstate 595 in Broward County. (reference image) – Foto: Getty Images / NurPhoto / Colaborador

Various products from the truck were seen strewn across the street while another car was stuck in a concrete barrier.

For his part, FHP Lt. Indiana Miranda said the Honda then struck a red Dodge Durango, which eventually came to a stop on the concrete median wall between the southbound and northbound lanes.

Also involved was a fourth vehicle, a white Nissan Rogue, heading south that collided with the Durango as it approached the wall, Miranda said.

So far, the authorities confirmed that the truck driver was transported to a local hospital with non-life-threatening injuries.

In other similar events, a truck carrying a load of tomatoes crashed a month ago on Interstate 80 in California, spilling the fruit onto the highway and forcing several lanes to temporarily close.

The large truck was traveling westbound on the interstate in Vacaville when it collided with another vehicle and swerved sharply into another car before crashing into the central median, California Highway Patrol Officer Jason Tyhurst told the Los Angeles Times.

The crash caused thousands of tomatoes to spill from the truck and cover the road. The tomatoes were crushed by oncoming cars, creating a slippery mess.

Tyhurst also claimed the truck driver suffered minor injuries while a person in another vehicle suffered a broken leg.

Crews worked throughout the day of the incident to clear the roadway and tow away the crashed truck before reopening all lanes.

News of the tomato incident spread on social media, with users joking about the disaster. “This is the most PG red asphalt produced to date,” wrote CHP Yuba Sutter.

Another user commented, “Get the fries oh wait you’re already there,” referencing the CHP officers’ nickname.

“The truck driver was late and needed ketchup”wrote a third user. Among other comments like that.