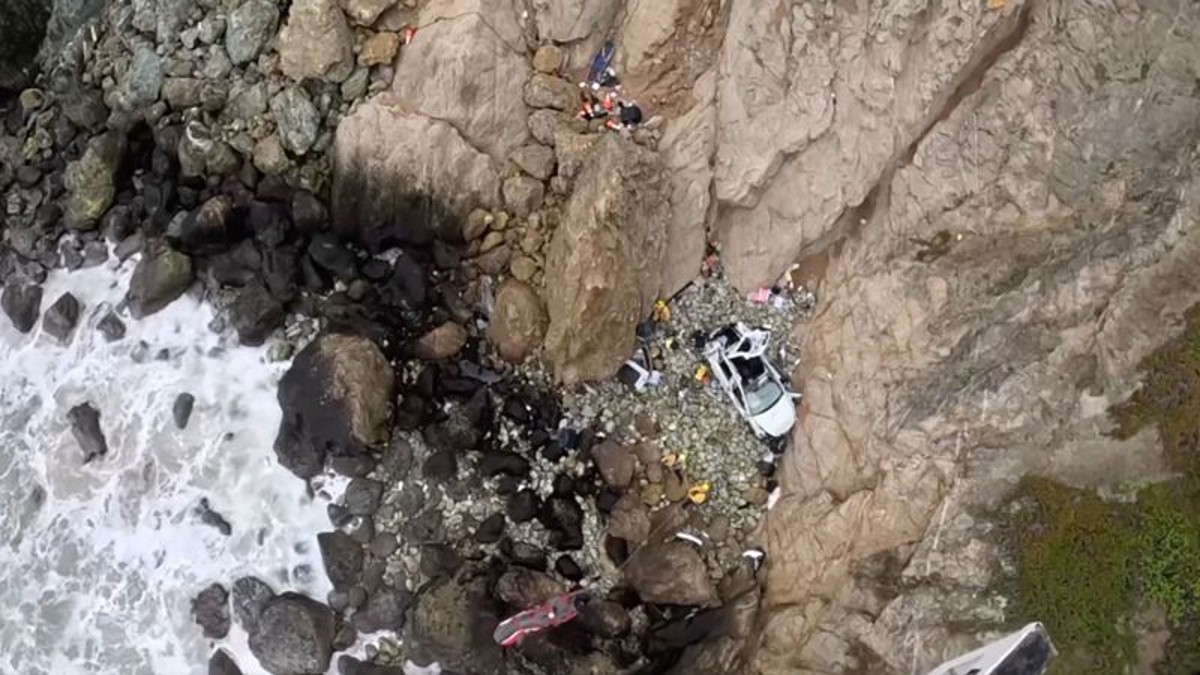 (CNN) — Two adults and two children somehow escaped serious injuries after their Tesla plunged off a cliff along California’s Pacific Coast Highway and crashed onto a rocky beach about 250 feet below.

The incident occurred this Monday morning in an area called Devil’s Slide, located about 20 miles south of San Francisco.

“We were very surprised” to discover that the people in the car had survived the accident, said Brian Pottenger, battalion chief of the California Coastal Fire Protection District.

Authorities said the white, four-door Tesla sedan was traveling south on Highway 1, just south of the Tom Lantos Tunnel between Pacifica and Montara, when it veered off the road. They did not cite a reason for the accident.

A spokesman for the California Highway Patrol told CNN that they did not believe any of Tesla’s self-driving features were active at the time.

“The damage to the vehicle would indicate that it struck and then flipped multiple times,” Pottenger said. The car stopped on its wheels, he added.

Firefighters rappelled down the cliff to the car while other rescuers watched through binoculars.

“While we were doing that, we could see movement in the front seat through the windshield,” Pottenger said. “So we knew we had at least one person alive.”

The occupants of the car were trapped inside the wrecked vehicle, authorities said. The teams freed the two boys and used a rope to lift them off the cliff in baskets.

A short time later, a California Highway Patrol helicopter took the two adults to safety. The patrol posted a dramatic video of the helicopter lowering a rescuer by cable to the crash site as waves crashed against the rocks below.

San Mateo Sheriff’s Office said this monday that the two adults suffered “non-life-threatening injuries” and that the two children were “uninjured.”

The occupants of the car were transported to a nearby hospital for treatment. This Tuesday there was no update on his condition.

Authorities have not released the identities of the car’s occupants or said if they are related.