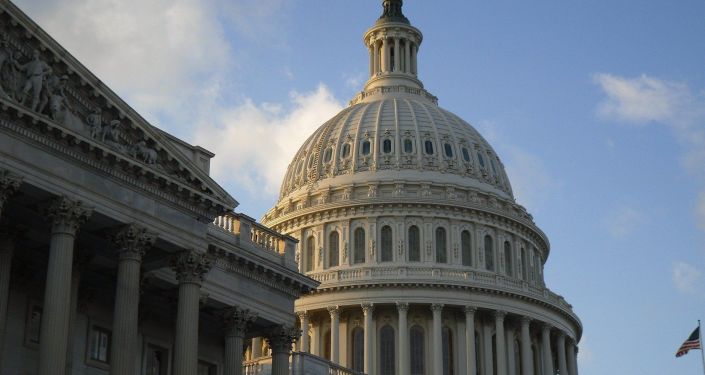 In a van parked not far from the Capitol stormed by Trump supporters on Jan.6, police found 11 homemade explosive devices, as well as an М4 assault rifle, pistol and magazines with ammunition, according to the NBC2 television channel. The owner of the vehicle, a 70-year-old man, was arrested.

Police discovered a van with 11 homemade explosive devices and firearms near the Capitol on the day of the riots, its owner was arrested on Saturday, January 9, according to NBC2 television.

The vehicle, owned by 70-year-old Lonnie Leroy Coffman of Alabama, was parked two blocks from the Capitol building near the Capitol Hill Club. In addition to the improvised bombs found in the van, there was an М4 assault rifle, a pistol and rifle magazines with ammunition. The man was arrested and charged with possession of unregistered firearms and carrying a weapon without authorization.

Lonnie Coffman said he only had cans with styrofoam and gasoline in his car.
However, the police also found pieces of cloth and wicks there. According to investigators, the mixture of these substances acts like napalm.

Other explosives the same day

Assault on the Capitol

Supporters of the outgoing President broke into the Capitol on January 6, pushing Congress to suspend the procedure for certifying the results of the November 3 presidential election. The police responded by using tear gas and stun grenades. Five people, including a police officer, were killed as a result of the tensions that erupted.