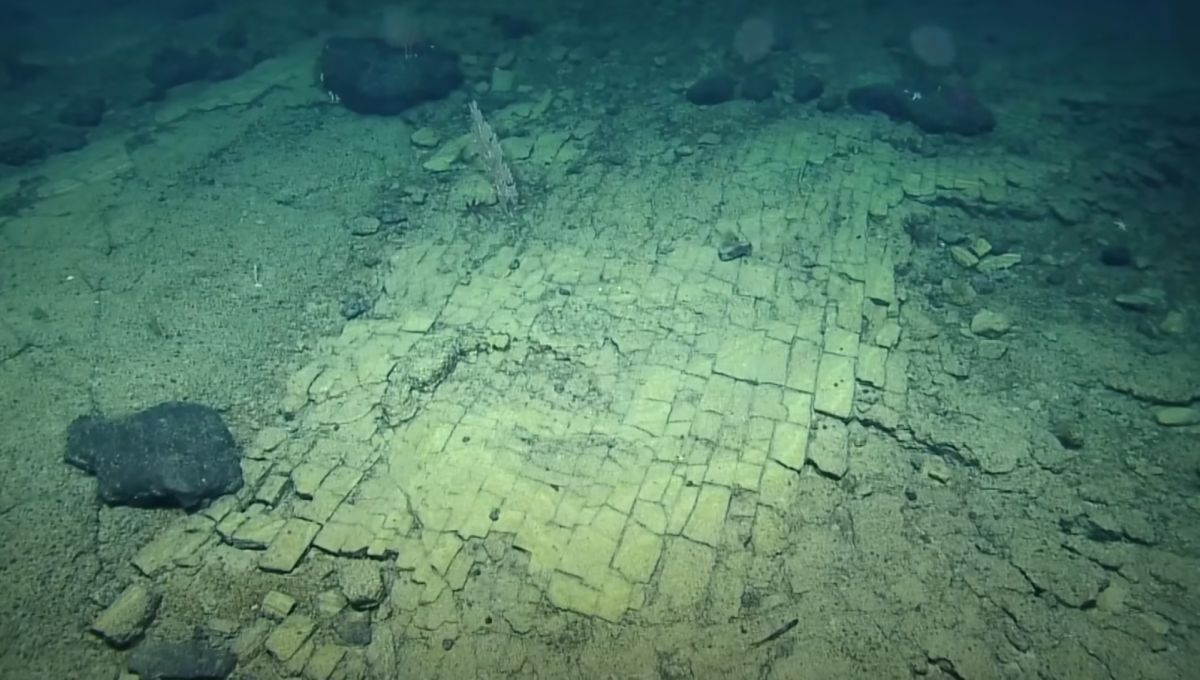 Did scientists just discover the way to Atlantis? The members of the exploration vessel Nautilus inevitably asked themselves the question, after having just discovered at the bottom of the Pacific Ocean a mysterious “yellow brick road”, reports Science Alert.

The discovery took place in the Northwestern Hawaiian Islandsin the monument national marin de Papahānaumokuākea, which is one of the largest marine conservation areas in the world. The area, which extends over more than 1,510,000 km2is particularly exciting for scientists: only 3% of its seabed has, to date, been studied.

By digging more than 3,000 meters deep in these unknown waters, researchers from the Ocean Exploration Trust therefore made this strange discovery, which they filmed live. “This is the road to Atlantis”launches one of the explorers, flabbergasted.

This strange floor, which the team compares to a kind of “baked crust”, challenges. According to the researchers, it could in fact be the old bed of a dry lake covered in volcanic rock. Successive temperature changes would have caused these cracks to look strangely like what scientists describe as a “yellow brick road”.

What to do with this discovery? The crew now wants go up this strange underwater path, to understand how such a geology could have been created in the depths of the Pacific Ocean. And maybe fall, why not, on an even bigger treasure.

Want to have a front row seat to the next discoveries of the Nautilus and their remote control dive vehicles? It’s entirely possible. The crew indeed broadcasts their underwater outings live right here.