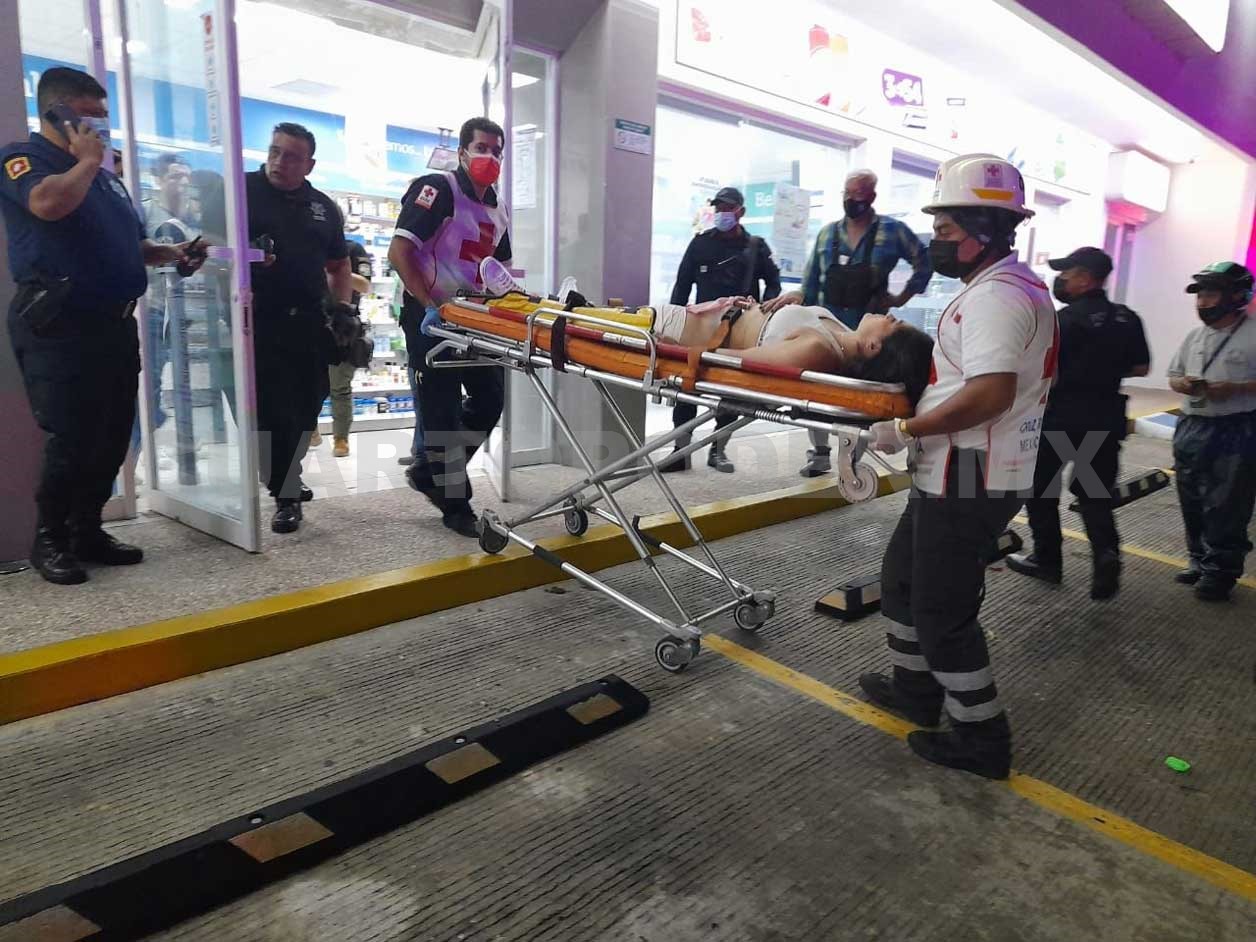 A woman ended up shot in the leg after being attacked inside a Savings Pharmacy, located on 5th North Avenue and Taxco Street in the Residencial La Hacienda subdivision in the state capital.

According to data collected, the event was recorded around 9:20 p.m., when a young woman was shopping at the aforementioned establishment.

However, surprisingly, a person approached her and opened fire, injuring her in the leg.

The young woman identified as Alabama “N”, 30 years old, fell to her knees and the person responsible for this action walked towards 5th North, where a woman was waiting for him on a delivery motorcycle.

Meanwhile, the victim was left in a pool of blood and before the surprise look of personnel who work in this company.

Municipal and state police authorities arrived at the aforementioned site and requested the support of an emergency unit.

For alleged “sentimental problem”, they shoot him

In minutes, paramedics from the Mexican Red Cross arrived, who assessed her and transferred her urgently to a private hospital.

On the other hand, it was reported that this situation was derived from an alleged “sentimental problem”, since the aggrieved herself pointed to the possible intellectual author of the act.

It transpired that the woman’s health status was reported out of danger.