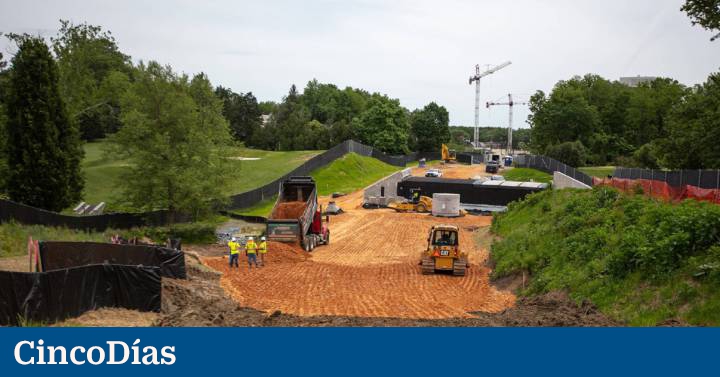 The construction of one of the largest rail projects underway in the United States, the maryland light railknown as Purple Lineis already in Spanish hands. ACS and OHLApartners in the MTS consortium, have the firm award for the completion of this project in the Washington area, for €2.17 billions, and have released the works. It is the first railway that went out to tender in the North American country under the concession model.

ACS acts through its subsidiary Dragados USA with a 60% of the joint venture, while OHLA holds the remaining 40%. The consortium is in charge of the design and construction of the 26-kilometer, 21-station light rail system, entrusted by the Purple Line Transit Partners (PLTP). The latter, with Meridiam y Star America in its capital, it is the owner of the public-private partnership agreement with the Maryland Department of Transportation and the Maryland Transit Administration.

The concession contract was signed in June 2016 for 5,600 million dollars (4,840 million euros), from a base budget of 6,200 million dollars that includes maintenance for 30 years. But the execution of the infrastructure was accumulating problems, such as an extra cost of 800 million dollars, and in November 2020 the winner was awarded. Fluor.

ACS acts through its subsidiary Dragados USA with 60% of the joint venture construction company, while OHLA has the remaining 40%

The layout has a small section of track installed, which is being used as a test area and whose opening took place in July 2019. The initiative already includes the relocation of power lines, water lines or roads. The works, started in 2017, were progressing to 15% degree of completion before the entry of ACS and OHLA.

The infrastructure will have the objective of transporting users between Bethesda, in Montgomery County, and New Carrollton, in Prince George’s County. Due for completion in the fall of 2026, the system will connect directly to four branches of the Washington Metropolitan Area Transit Authority system, the three MARC commuter rail lines in the Baltimore-Washington metropolitan area, and the Amtrak’s northeast corridor line.

ACS and OHLA prevailed over Halmarwho ended up leaving the fight, and the team made up of the also local Tutor Perini and Lunda.