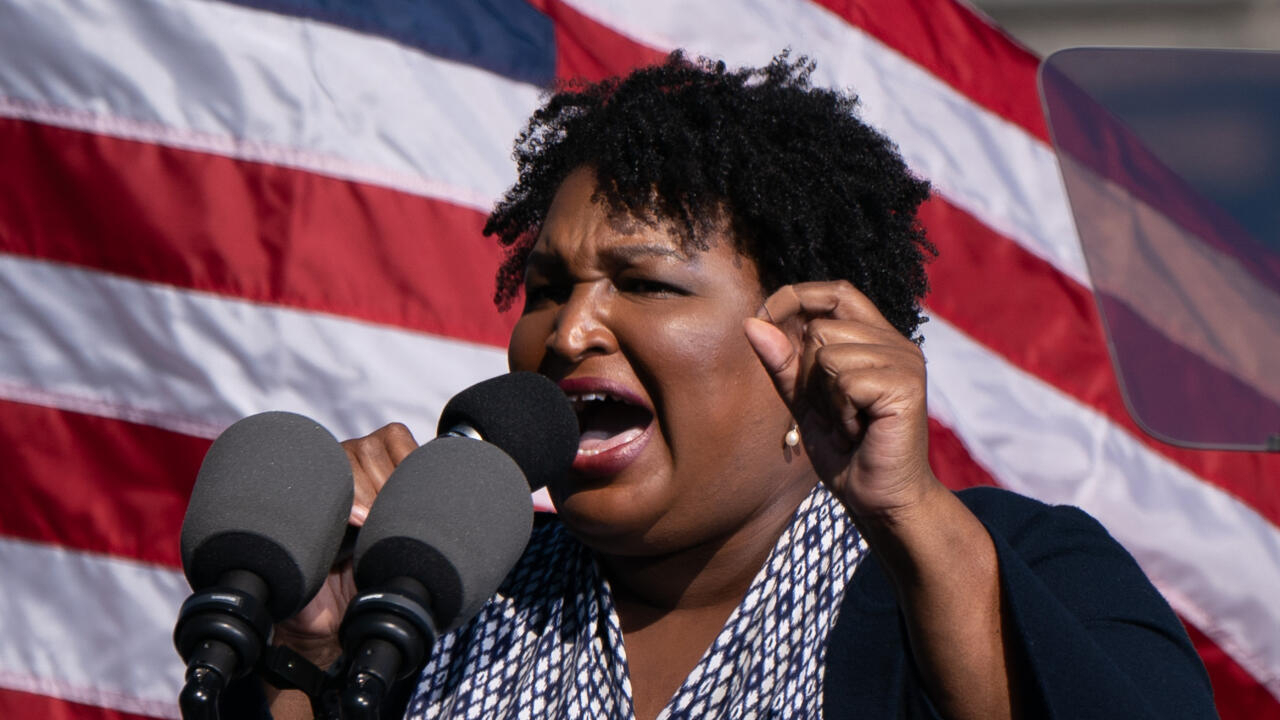 Black woman, Democrat and committed, Stacey Abrams has become in a few years a key figure of the party, activating for the civil rights of minorities in Georgia.

“Voting is power. Voting is your voice. People have worked hard to give us that voice. Now it is up to us to continue the battle for a better future in Georgia.” As a double senatorial election begins in this American state on January 5, Stacey Abrams sends a final message of encouragement to the youth.

For years, this African-American politician, who led the Democratic group in the Georgia House of Representatives (2011 to 2017), has campaigned to promote access to the vote for minorities. Hard work, which would have allowed hundreds of thousands of people to register on the electoral rolls, and largely contributed to the historic victory of Joe Biden during the presidential election in November in this state of the deep South, traditionally republican.

A “new South, militant and educated”

Raised in a family of six children by parents involved in community life, Stacey Abrams developed an early political fiber. While studying political science at university, she got her start in the youth office of then-Democratic Atlanta mayor Maynard Jackson. A brilliant student, she earned a law degree from Yale University before becoming deputy attorney general for the city of Atlanta, then chair of the Democratic Group in the Georgia House of Representatives in 2011.

In 2018, at the age of 44, Stacey Abrams, also known as a writer under the pseudonym Selena Montgomery, was chosen by the Democratic camp as candidate for governor of Georgia. A first for an African-American woman.

“It is with this ballot that Stacey Abrams really made a name for herself on the political scene”, explains Gérald Olivier, Franco-American researcher at the Institute for Prospective and Security in Europe (IPSE), specialist in American policy , contacted by France 24. “She represents a ‘new South’, militant and educated, because she is not just a political personality of character with banter, she has solid qualifications, in particular legal.”

The election will ultimately be won, in the snatch, by the Republican candidate Brian Kemp. Stacey Abrams then accuses him of having used his position as Secretary of State for Georgia to block the vote of some voters. “Trump is currently widely criticized because he refuses to concede his defeat. But we can consider that Stacey Abrams also lacked fair play in 2018 by accusing his opponent of cheating,” said Gerald Olivier.

The Democrats, for their part, defend their protege: “50,000 forms, mostly from black voters, had been rejected because they were deemed ‘non-compliant’,” said a member of Democrats Abroad France, contacted by France 24. “This poses serious questions questions about the use of electoral rules by Republicans, “he said indignantly.

After her defeat, the Democratic Party kept her favor, choosing her the following year to exercise the traditional right of reply to President Trump’s State of the Union address.

Fight for the civil rights of minorities

Long committed to the fight for the civil rights of the black population, Stacey Abrams decides, in the aftermath of her electoral defeat, to launch a new organization, Fair Fight Action, to expand access to the vote and ensure that every voice is well taken into account. If it is aimed at the whole country, this organization is particularly active in Georgia, which, despite one of the largest black communities in the United States (the fourth, with 32.6% of the population), voted systematically Republican in the presidential elections from 1996 to 2020, the year of Joe Biden’s historic victory.

“If demographic change is clearly in favor of the Democrats in this state, the work of organizations like Fair Fight Action has nevertheless been important”, underlines Gérald Olivier. “Because despite the rise of the black bourgeoisie, African-Americans remain one of the communities that vote the least. This type of organization has worked hard to mobilize voters, support them in the process, verify that they were well registered and facilitate access to polling stations, sometimes difficult without a car. “

“Fair Fight Action is a non-partisan organization. But it is true that Stacey Abrams’ activism among minorities has contributed to its image as a rising star of the Democratic Party,” Democrats Abroad France admitted.

Some observers already saw her running mate with Joe Biden, but Senator Kamala Harris was chosen. Asked in November about her personal ambitions in the Biden administration, the activist kicked in, stressing that her priority was to get Democratic senators elected in Georgia. In the United States, many observers predict a bright future for her, within the Biden administration, at the head of the Democratic Party or even as the next governor of Georgia.