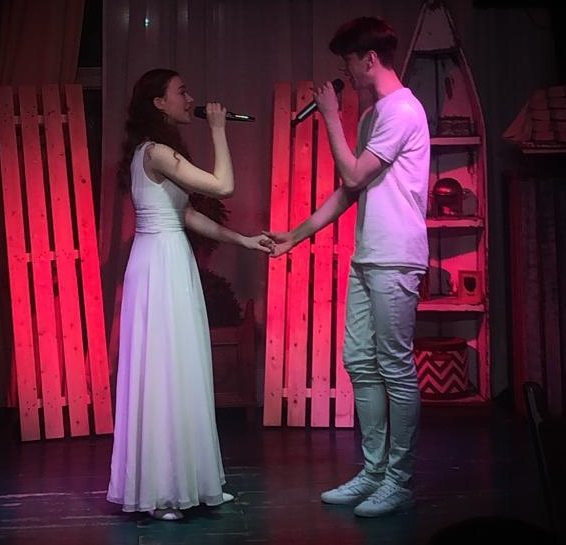 Artists of the Moscow Drama Theater “Modern” – 16 years old Veronika Ustimova and 18 year old Artemiy Mantai – spent their first creative evening in their native Ulyanovsk. They dedicated their “Way to a Dream” to teachers, fellow countrymen and parents.

The creative career of the guys developed successfully and until recently did not intersect. Veronika Ustimova left for Moscow with her mother six years ago. She starred in a drama “Odessa” Valery Todorovsky, in the film “Newbie” Alexandra Kulyamin. Now he is filming in Abkhazia in the series “Heritage” by Alexei Golubev.

Now Veronika Ustimova is starring in the series “Heritage”.

For several years she has been performing leading roles in three Moscow theaters – “Modern”, “Ivanhoe” and in the Children’s Musical Theater of a Young Actor. In the first, she has been playing the role of Juliet for over a year in the play “Young Love in Five Theatrical Dimensions” based on Shakespeare’s tragedy “Romeo and Juliet”. 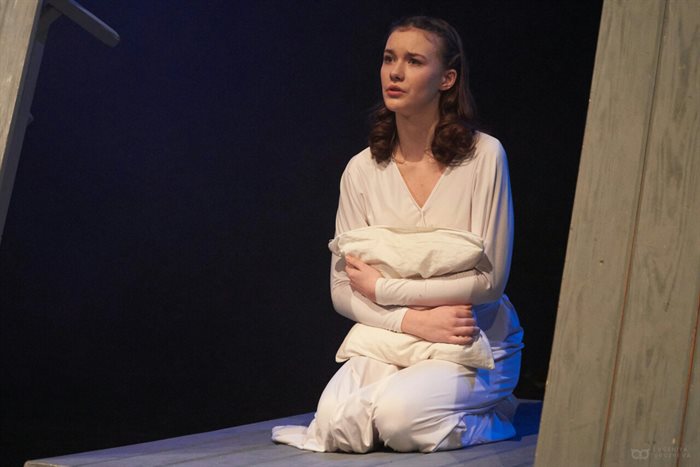 In the summer of 2020, our fellow countryman Artemy Mantai was approved for the role of Romeo in this production of the Modern Theater, whose track record includes film roles (Lenin, Wild Ancestors and others). In addition, he is the winner of the TEFI-2014 award, the winner of the Delphic Games in the “Artistic word” nomination.

Artemy played a schoolboy in the docudrama “Lenin”.

The student of the Kazan Theater School plunged headlong into the rehearsal process and on September 11 last year made his debut on the stage of the Modern Drama Theater under the direction of Yuri Grymov.

– In the play “Young Love in Five Theatrical Dimensions” directed by Svetlana Gorshkova, we acquaint the viewer with different theater schools. These are the theater of Dionysus (Ancient Greece), Kabuki (Japan), del arte (Italy), Bertold Brecht (Germany), as well as the domestic one, developed by Stanislavsky, – Artemy explained to us then. 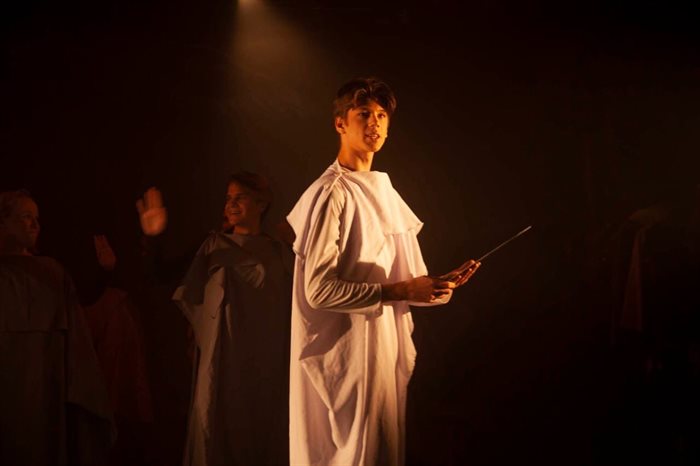 It was then that Artemy and Veronika met, made friends and decided to perform with a creative evening in their native Ulyanovsk. And they took “Young Love” as a basis.

– We wanted to show this performance, albeit in fragments, because people wrote to us who want to watch it, but cannot go to Moscow, especially during a pandemic, – Veronika Ustimova explained to ulpravda.ru. – And we gave them this opportunity. 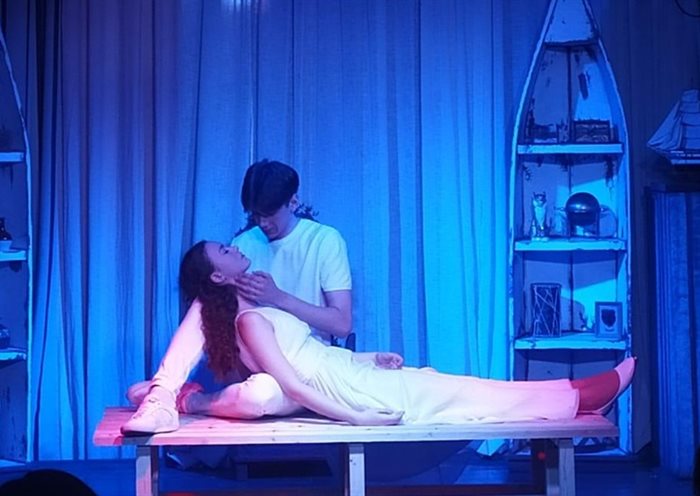 For the creative evening, the guys selected the brightest scenes – near the balcony, in the crypt, and also performed a duet song from the musical “Romeo and Juliet” and a cycle of songs from the musical “Scarlet Sails” by composer Maxim Dunaevsky, in which Veronica was involved even earlier, and Artemy is preparing to enter this production. The result was a touching evening.

– The inner circle of our friends and relatives gathered at the concert. It was much more exciting than on the Moscow stage, but we did it and we are happy! – Shares his impressions Artemy Mantai. – In a pandemic, all restrictions were observed: masks, social distance, disinfection. 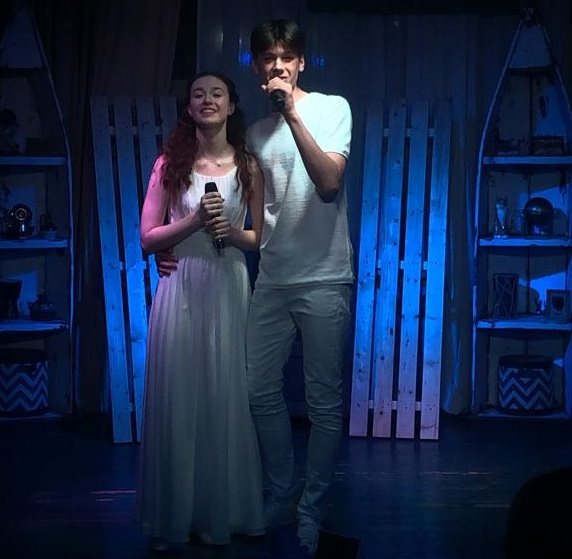 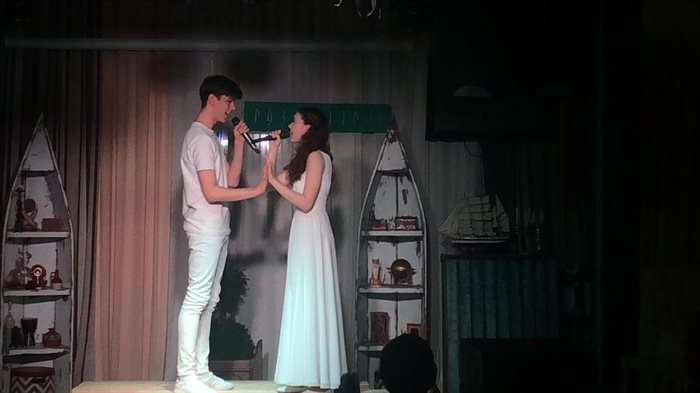 For the images of Romeo and Juliet, Veronica and Artemy dressed in white outfits. The decorations erected in the space of the Trans-Volga Lounge-cafe “Vetrov Rose” were also laconic.

Inspired by the warm welcome, young artists are thinking about a new program. In the meantime, enjoy the New Year holidays. Very soon, the children will continue their studies: Veronica – in the 10th grade of the Moscow theater school, Artemy – in the workshop of the honored cultural worker Vladimir Bobkov at the Kazan theater school. 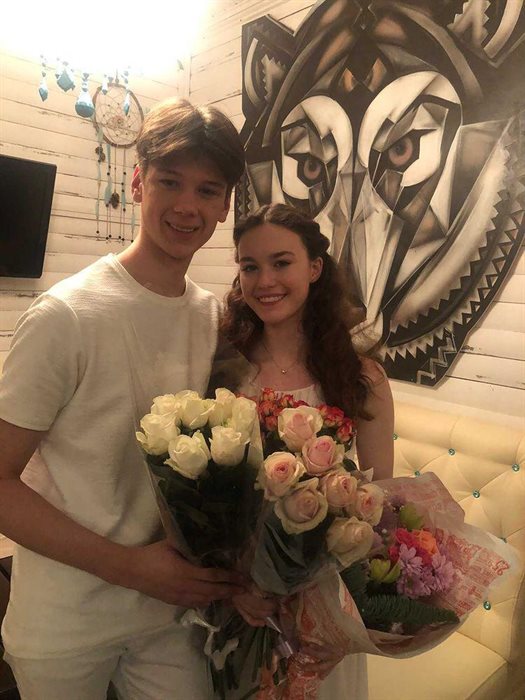 Photos and videos provided by the heroes of the publication, as well as the VK of Veronica Ustimova and Artemiy Mantai