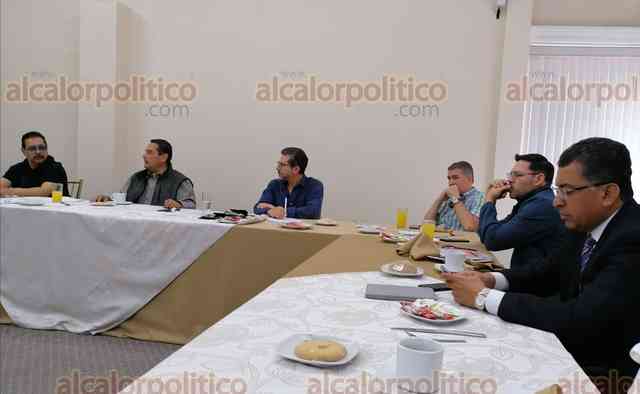 This Monday took place the first meeting prior to the integration of the Veracruz Tourism, Culture and Sports Council, in which all the Councilors and the guests of external participation participated.

Work session started by Mauricio Cuevas Gayosso, a member of the Veracruz Tourism, Culture and Sports Council, which aims to unify efforts, both by businessmen and the artistic sector of the city, to work together for the benefit of the community .

The directors Eduardo Blanco Guillaumín and Jorge Flores Lomán were responsible for sharing with all the members of the Council the line of work that they will maintain, with emphasis on joint work.

Mauricio Cuevas Gayosso stressed that this Council will be a permanent manager and producer of activities for the tourist development of Veracruz and indicated that the program will be officially announced in a few days.

As guests of external participation are included the lawyer Octavio Ruíz, who will act as legal advisor; CP Gerardo Libreros, as advisor in Administration and Finance; Gerry Trigos, in General Production; as a press advisor, Arturo Benjamín Pérez Vásquez; Hugo Herminio Ortiz, as advisor; as well as Mallely Olguín, in Public Relations.

At the end of the meeting, Mauricio Cuevas Gayosso pointed out that there are many projects to be carried out, among the first is the Rafaelino Festival, which will be an activity aimed at all Xalapeño Catholic parishioners who worship San Rafael Guízar and Valencia, who died precisely on June 6 1938, in Mexico City.

On the other hand, he informed that the Council of Tourism, Culture and Sports of Veracruz will have representation in four areas of the entity such as Los Tuxtlas, El Tajín, Coatzacoalcos and Veracruz-Boca del Río.

All the members of the Council are characters who have transcended by their work, a clear example is the photographer Héctor Montes de Oca, whose love for Xalapa has motivated him to be an important promoter in other places, not only in the city or the entity, of Internationally, it has projected the capital of Veracruz. Xalapa artist, whom the Kodak company requested to capture the most beautiful northern lights in the world, from Alaska to Patagonia.

Thus, like him, each and every one of the members are great local figures who have decided to support this Council and work for the benefit of the community.