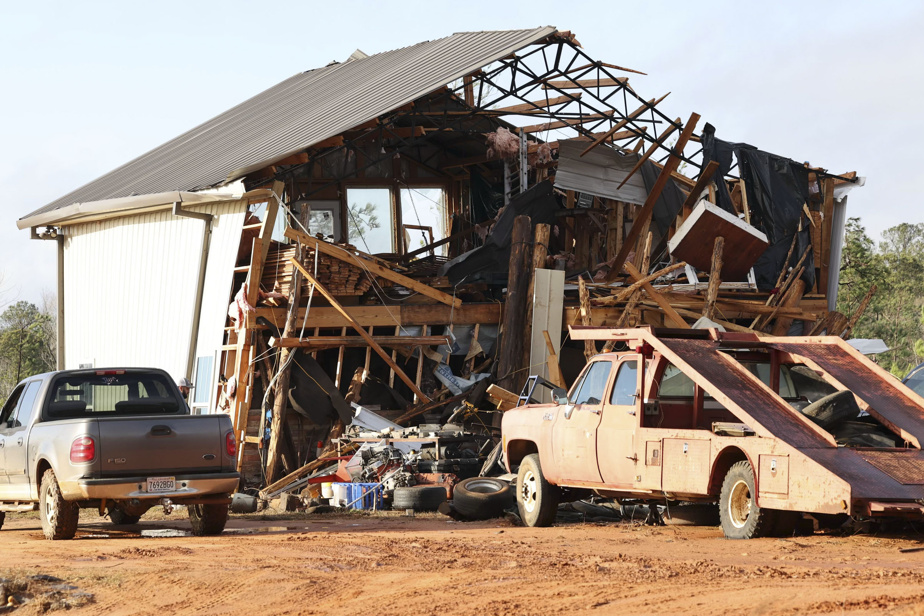 Sorry, your browser does not support videos

(Selma) Rescuers worked through the night Thursday into Friday searching for trapped people after a deadly storm system spawned tornadoes in parts of the southern United States. At least seven people were killed and extensive damage was reported in the town of Selma, Alabama.

At least 12 people were injured enough to be taken to hospital by emergency responders, Baggett told The Associated Press. He says crews were cutting down downed trees on Thursday evening to search for others in need of help.

About 40 homes were destroyed or badly damaged, including several mobile homes that were thrown into the air.

A fuller picture of the damage will emerge on Friday as more victims are searched for, authorities say. The National Weather Service said late Thursday that suspected tornado damage was reported in at least 14 counties in Alabama and five counties in Georgia. Early Friday, tens of thousands of customers were left without power in both states.

In Selma, a town steeped in the history of the civil rights movement, the city council gathered on a sidewalk using cellphone lights to declare a state of emergency.

In Georgia, a passenger died when a tree fell on a vehicle in Jackson, according to Butts County Coroner Lacey Prue. In the same county southeast of Atlanta, the storm appears to have derailed a freight train, officials said.

La Niña, a cooling of parts of the Pacific that is changing weather around the world, was a factor in creating a wavy jet stream that caused a cold front, Gensini points out. But this is not enough for this large number of tornadoes. The other ingredient is moisture.

Normally the air in the southeast is quite dry at this time of year, but the dew point was twice normal, likely due to unusually warm water in the Gulf of Mexico, which is surely influenced by climate change, according to Gensini. This moisture hit the cold front, creating killer storms.