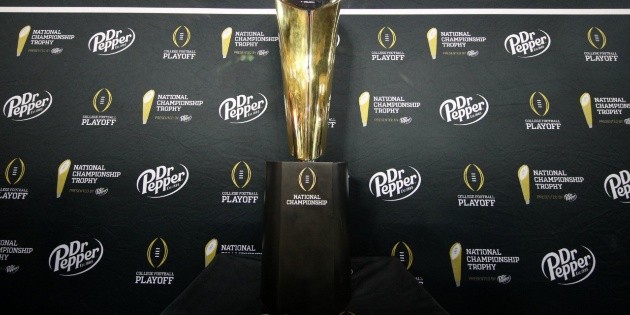 As is a tradition in American sports, the first days of the new year take place definitions in college football, and in a season marked by the Coronavirus pandemic, those who will contest the main college scepter are already known.

January 1 was the date chosen for the semifinals of the NCAA tournament to be played: the Rose Bowl, which was not disputed in California due to COVID-19, between Alabama and Notre Dame; and the Sugar Bowl, between Ohio State y Clemson, with his figure, the future number 1 of the Draft of NFL, Trevor Lawrence.

The first to rank the definition were the Crimson Tide, who at AT&T Stadium in Arlington, Texas, beat Notre Dame, which was ranked the fourth best team in the country, 31-14, with the quarterback Mac Jones as his top figure, he reached 34 passes for touchdowns this season.


Alabama and Ohio State, the final of college football

Later, it was the turn for the Buckeyes, who gave the blow to the chair by beating Clemson for the first time in collegiate bowl games, defeating them in the Louisiana Superdome 43-28, where the most outstanding was Justin Fields, despite being injured by a blow from the rival.


In this way, for the second consecutive season they leave Trevor Lawrence without a collegiate championship to close his career and make the leap to the NFL, where Jacksonville Jaguars appears as the favorite to sign him for 2021.

The defining party of National Championship de NCAA It will be played this Monday, January 11, from 8:00 PM (Eastern time), at the Hard Rock Stadium in Miami, Florida, the same as Super Bowl LIV where it was consecrated Kansas City Chiefs.

See Also:  In the United States, romantic scams boosted by the pandemic