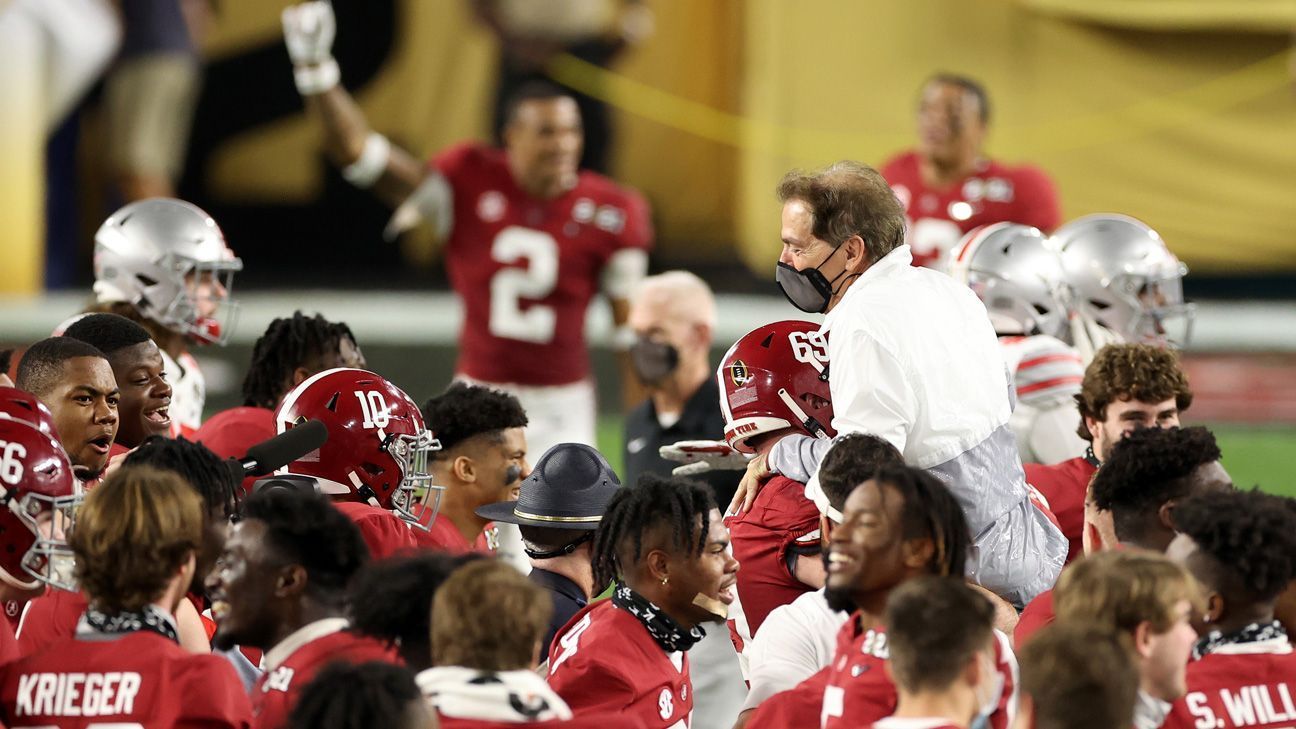 While Alabama will lose a significant number of stars to the NFL draft, sportsbooks keep Tide the top seed for the following season.

Alabama’s dominance is expected to continue, once Crimson Tide heads into the offseason as favorites to win the next National Championship Game in US college football.

Alabama closed as a 9.5-point favorite over the Buckeyes. It was the 80th consecutive game in which the Crimson Tide was favored, the longest streak in modern college football history.

Alabama is expected to lose a lot of power once out stars Mac Jones, quarterback, and wide receivers DeVonta Smith and Jaylen Waddle, considered first-round prospects if they choose to enter the NFL draft.

But bettors aren’t expecting a significant drop from Tide. Rookie quarterback Bryce Young, the heir apparent to Jones, is among the favorites to win the Heisman Trophy of the next campaign. The Crimson Tide will open the season against Miami.

Oklahoma quarterback Spencer Rattler is the top favorite to win the next Heisman Trophy and is at +400; Young is next at +600 and then Georgia quarterback JT Daniels, North Carolina quarterback Sam Howell and Clemson’s DJ Uiagalelei at +1000 apiece.