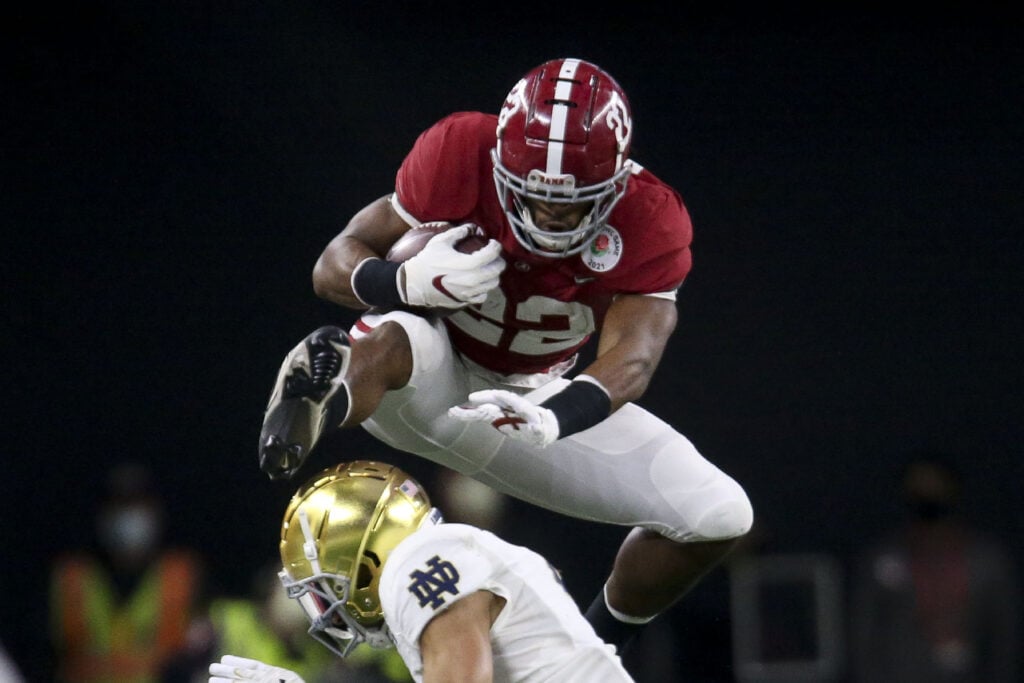 ARLINGTON, Texas — A certain realization set in as the crimson confetti fell around the players on the victorious stage and the everything-is-bigger-in-Texas sound system blared “Dixieland Delight” and “Sweet Home Alabama” at the Lone Star State version of the Rose Bowl. Alabama hadn’t played anywhere near its best football of the season, yet it was never threatened by the fourth-ranked team in the country.

Held to its lowest point total of the season, in part by employing a sort of keep-away in the middle of the game, No. 1 Alabama (12-0) showed it can play any style of football you’d wish in a 31-14 win against No. 4 Notre Dame (10-2) in the College Football Playoff semifinal in the Rose Bowl on Friday.

Want to play up-tempo and score quickly? Pfft, Alabama’s been doing that all season. Want to slow the game down, control the pace of play, limit possessions and make the Crimson Tide work their way down the field? Been…