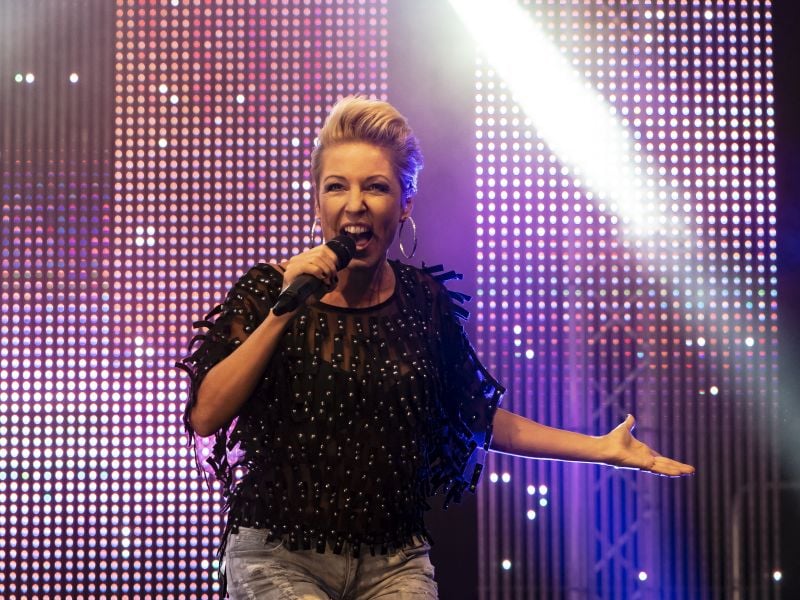 She climbs on the roof with her boys and organizes a picnic, plans funny theme parties and quickly transforms her garden into her own Christmas market. The singer Alexandra Hofmann (46) can hardly be stopped. In an interview with NEUE POST, she reveals her big goal: “I want to experience something, try everything. Just be a little crazy. “

Because Alexandra Hofmann missed the wild times in her youth. “I haven’t had puberty, no breakouts”, she tells.

Her career began at the age of 14. Performances, tour trips – no time to really act out. She was always the good big sister of her duo partner Anita (now 43). That is why she sings in her hit “Wilde Zeiten” that she has been good for far too long and now finally wants to experience something. Dinner at 5:30 p.m. every day, then on the sofa and watching a movie? She doesn’t feel like doing that. “I don’t like this normal”, she tells.

With her younger sister Anita Hofmann it’s exactly the other way around. “We always shared the hotel room”, recalls Alexandra. “I used to go to bed at 11pm and sometimes she didn’t crawl until four in the morning.” Today Anita is rather calm, has a boyfriend, and lives more comfortably. And for Alexandra the crazy life begins!

It’s also just the perfect time. Her two sons Daniel (13) and David (11) are already teenagers. “I told my husband from the beginning that I would make up for these wild times. And they are now”the singer is happy. This year they wanted to go to Egypt, but unfortunately that had to be canceled. That didn’t stop Alexandra Hofmann: “I redecorated the whole place and everyone had to dress up as Egyptians!” She has also already planned her next adventure: “We’d like to go on a safari in Africa, to Australia and see whales in Alaska.”

Your wild times are here!

See Also:  Rob Sterling's new adventure at The Authors of the Books editions

This news is also popular on Schlager.de

Wencke Myhre: “I have to live with the bad cancer diagnosis”

Pietro Lombardi: is he in love again?

Daniela Alfinito: will she make it back to the top of the charts?

Marianne Rosenberg: “Being a grandma is my most beautiful role!”

Would you like to read more?
This and other exciting articles are available in,New post‘. Now at the kiosk!