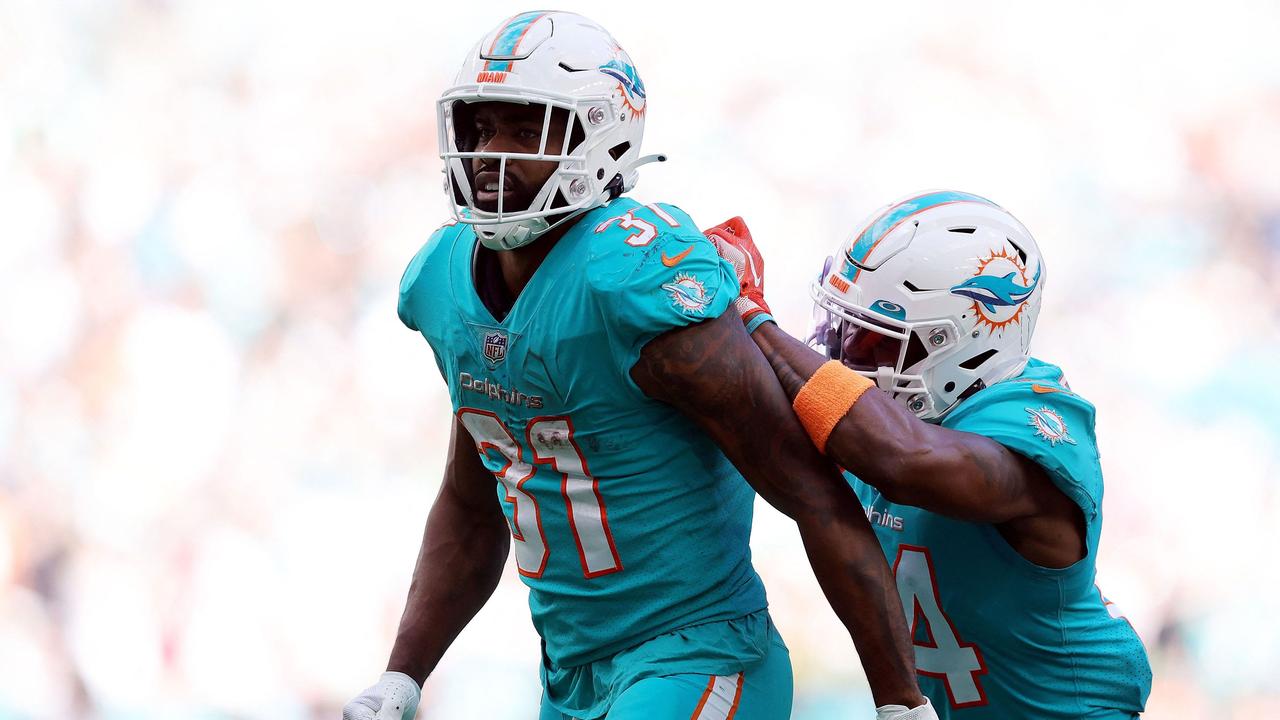 The Miami Dolphins made the NFL playoffs despite failing to score a touchdown on the final day of the regular season.

Miami won on Sunday (01/08/2023) after three field goals and a safety with 11:6 against the New York Jets. Jason Sanders’ last field goal 18 seconds before the end of the game dashed the hopes of the Pittsburgh Steelers, who beat the Cleveland Browns 28-14 and would have made the playoffs had the Dolphins lost.

The New England Patriots were also in the running, but lost 23:35 to the Buffalo Bills.

Damar Hamlin, who remains in intensive care following cardiac arrest, appeared to be watching the game. The Bills pro has since had his breathing tube removed, the next step in his remarkable recovery since suffering cardiac arrest and being revived during Monday’s NFL game (01/02/2023 local time) against the Cincinnati Bengals.

On Sunday, the 24-year-old posted a photo from the hospital on Instagram for the first time, in which he lies in his bed and forms a heart with his hands. He wears a blue T-shirt with his shirt number 3 and the words “Love for Lamar”. He wrote: “GAMETIME @buffalobills let’s go!!!!!!” A clock in the background shows 12:34 p.m. The Bills’ game against the Patriots began at 1 p.m. local time.

Quarterback Patrick Mahomes already set a new record in the NFL on Saturday. The Kansas City Chiefs playmaker set a new all-season total yards record in the 31-13 win at the Las Vegas Raiders. The Chiefs secured 14-3 wins and first place in the AFC also a bye in the first playoff round.

Mahomes passed for 202 yards and rushed for 29 more for a total of 5,608 yards this season. With that he surpassed Super-BowlChampion of 2019 beat the previous record of 5,562 yards set by Drew Brees for the New Orleans Saints set up in 2011. Mahomes benefited from the fact that the regular season has been expanded to 17 games per team since this season. Previously, it was only 16 games per franchise.

Die Jacksonville Jaguars made the playoffs for the first time in five years. The team around quarterback Trevor Lawrence got through the 20:16 over the Tennessee Titansfifth win in a row, first place in the AFC South. The Jaguars, the worst team in the league last season, are victorious 9:8.