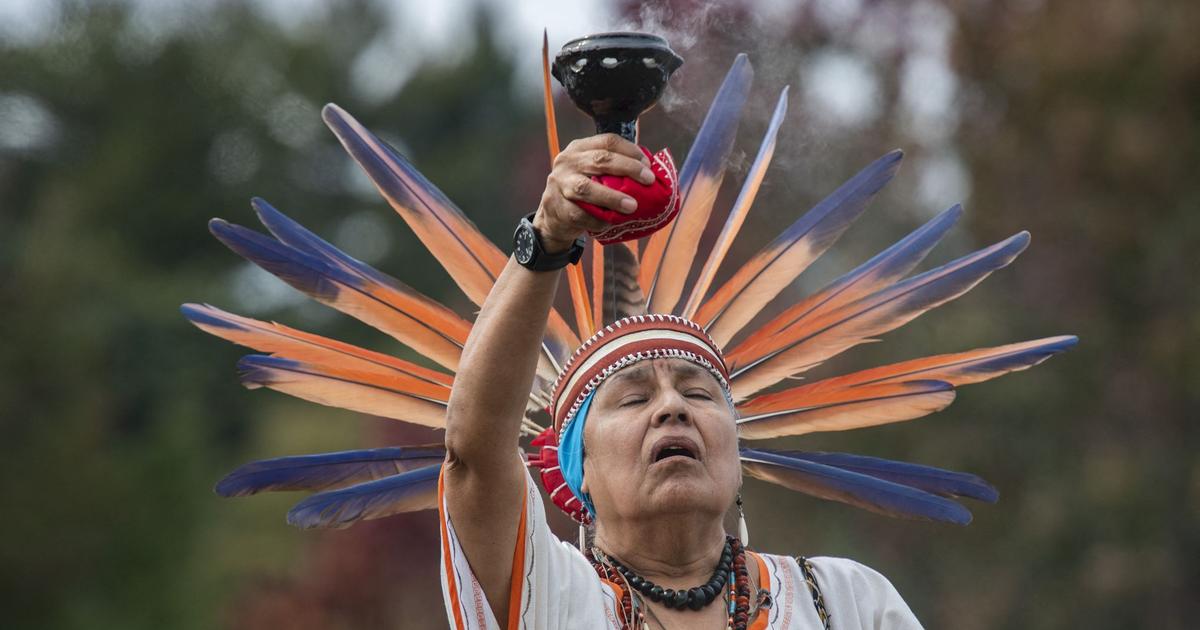 The Native American peoples of the United States fear the disappearance of their languages ​​in the face of the massive use of English and Spanish.

The country, which has 6.8 million “native” Americans, about 2% of the population, celebrated this second “National Day of Indigenous Peoples” on October 10, proclaimed by a decree by Joe Biden, after an unprecedented decision by the Democratic President in October 2021. This new American holiday puts “Columbus Day” (Christopher Columbus Day) in the background, this holiday increasingly mocked by the anti-colonialist left.

In New York and Newton, Massachusetts, hundreds of descendants celebrated October 10 with ceremonies, prayers, dances and «pow-wow» in a festive atmosphere. Women and men of the Shinnecock Native American tribe of Long Island, a spit of land east of New York, gathered at sunrise.

Read alsoIn the United States, the ride of the last Sioux

Further north on the Atlantic coast, in New England, many Native Americans from the United States and the Caribbean also came together to dance, sing, pray, talk and eat. And this, at the very place where the first English pilgrims had been welcomed in 1620 by the Wampanoag Indians.

Invasion of English and Spanish

While their ancestors were decimated by centuries of colonization, their descendants today express the anguish of seeing their languages ​​swallowed up by English and Spanish in one generation. “It’s really possible, it’s the invasion of the 21st century”, breathes to AFP Anthony Sean Stanton, 64, chief of the Narragansett tribe. This last “encourages all indigenous peoples to hold on to what they have because once (the language) is lost, it is lost forever”.

A concern shared by the Lakota tribe, of the Sioux group, established in the two states of North and South Dakota. According to linguists and activists Wilhelm Meya and Travis Condon, they also fear the disappearance of their language, spoken by 1,500 speakers compared to 5,000 twenty years ago. “For the Lakota and most (Native American) communities in the United States, language transmission stopped in the mid-1980s”explains in a video interview with AFP Wilhelm Meya, also president of The Language Conservancy (TLC), an organization in Indiana which fights for the preservation of thousands of languages ​​and dialects.

“When a language does not develop, does not reproduce (…) it has reached a peak, it begins to decline because it is not renewed by other speakers”, worries the expert, whose association “attempts to prevent a complete collapse of indigenous languages ​​in North America”.

90% of languages ​​will disappear

According to TLC, “out of the 7000 languages ​​spoken in the world, 2900 are in danger. At this rate, nearly 90% of all languages ​​will be extinct within the next 100 years.. And Native American languages “are dying out at an even faster rate with more than 200 already eradicated” out of the 400 to 500 existing, before the arrival of the Europeans. To stop the bleeding, you must “teaching our Native American languages ​​in school” public, what “the federal government authorized from the 1970s”recalls Wilhelm Meya.

He also campaigns for “making dictionaries, training teachers, developing teaching materials, translating cartoons and documentaries (…) everything that can affect young people who have a huge thirst to learn their language”. Like 18-year-old Miya Peters, from the Wampanoag people, she is learning her language through a partnership between her tribal school and her public school. “I like it, it’s difficult and very different, but it’s part of who I am”said the young woman.

Read alsoWhy is Canada still in conflict with Native Americans?

Wilhelm Meya points out that “the federal government has taken 100 years and billions of dollars to eradicate Native American languages ​​through the school system” in the USA. “It will take the same resources to revive these native languages ​​in North America. It is much more difficult to create than to destroy..

The two linguists Wilhelm Meya and Travis Condon want to continue the work of a personality of Native American culture, renowned in the United States and abroad: Kevin Locke, ardent defender of the Lakota language, “fighter for his tribe, ambassador for humanity”who died suddenly on September 30, at the age of 68.

SEE ALSO – “Studying the Greek language forced me to grow”