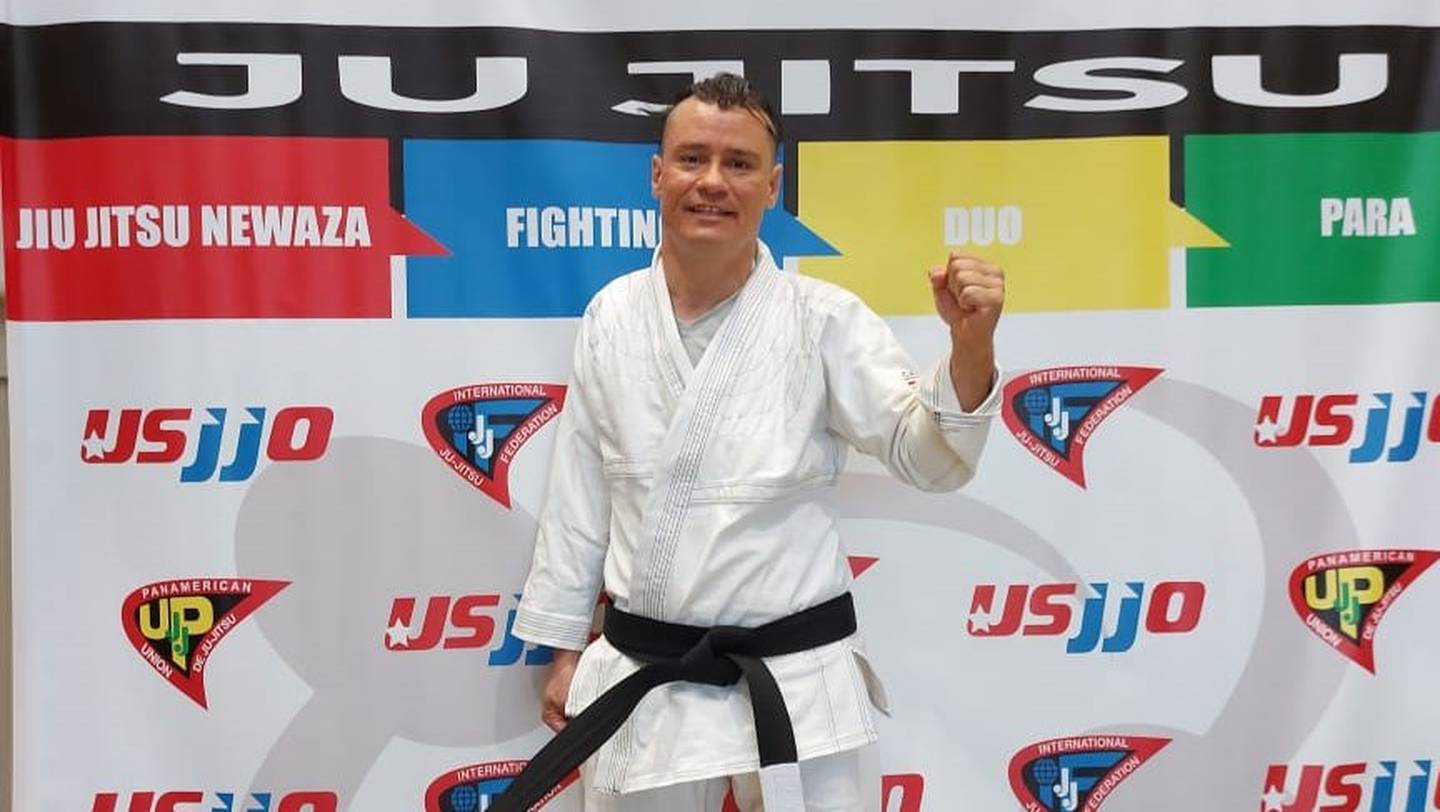 The Costa Rican paraathlete Andres Fontana won a new battle the previous Tuesday, when he was proclaimed champion in the Pan American Parajiujitsu Championshipswhich took place in AlabamaUSA.

Fontana, 41, defeated the American 2-0 Matt McKenzie in the category -67 kilograms for amputees.

Just as Fontana defeats his rivals in a fight, he has overcome the obstacles of life, since at the age of 17 he had a accident which left serious consequences.

Andrés not only practices parajiujitsuis also a specialist in other martial arts such as parataekwondo and parakickboxing.

His wife, Leidy Rodríguez, spoke with La Teja, since Andrés was traveling to the country and told how her lover has pushed her to make her way in martial arts.

“When he was a child he practiced bicycle cross and before his accident he also did karate and judo and last week he got the black belt in the parajiujitsu brazilian“, he claimed.

On January 1, Andrés was going with his friends in a car to buy breakfast, the driver of the car fell asleep and they hit a wall.

“Due to the accident, he almost lost both arms, in fact, he learned to use his feet, but years later and thanks to the foundation Ronald McDonald he went to the United States to try to rebuild them. His left was almost 90 percent, but his right was paralyzed.

“In addition, he lost 80 percent of his right lung, part of his abdominal wall and ended up with spinal hernias, scoliosis and chronic pain for life. When they give her crises due to those pains, she can spend up to four days in a row in bed, ”she said.

The accident, instead of wrinkling it, made him gain momentum and continue practicing sports and at the age of 20 he already had his first black belt as a Teiwaz instructor. (discipline that consists of knocking out the opponent or subduing him until he surrenders).

From there he got fully into the multiple disciplines opening the way for the disabled.

In 2012 he won a gold medal at the Pan-American parataekwondo that took place in Bolivia, he was the first Costa Rican to compete in this event.

Leidy and Andrés met at school, when they were little kids, they stopped seeing each other for a while, but fate crossed them again.

“This year we celebrate 9 years of marriage. We have a son, Nicholas, who is 6 years old and is just like his dad in everything, he loves sports and the more extreme, the better; Andrés teaches him martial arts, he rides a skateboard, he does parkour,” he said.

Leidy explained how she does Andrés to get ahead.

“His physical limitations have never been a problem for him, when we started dating, he smoked a cigarette with his left hand and he drove the car with his foot, I almost fainted from fright.

“If he wants to compete and does not find support from the government, he goes and knocks on doors and asks for money like nothing, because he knows that his effort will result in a medal,” he said.

“I don’t like that he fights through danger, I’m very afraid of a bad blow, but his perseverance is stronger, because this is his life.”

His preparation before a competition is rigorous.

Before leaving for Alabama he had a crisis That almost puts him out of the competition.

“It’s very hard to see him suffer in crises, not being able to help him makes me feel useless, even though I know I can’t do anything. It’s just a matter of waiting for it to happen.

“Before leaving he had a crisis, it was very bad, he was afraid that it would not go away in time and he would not be able to go. But thank God, he passed quickly and lasted only two days, ”he commented.