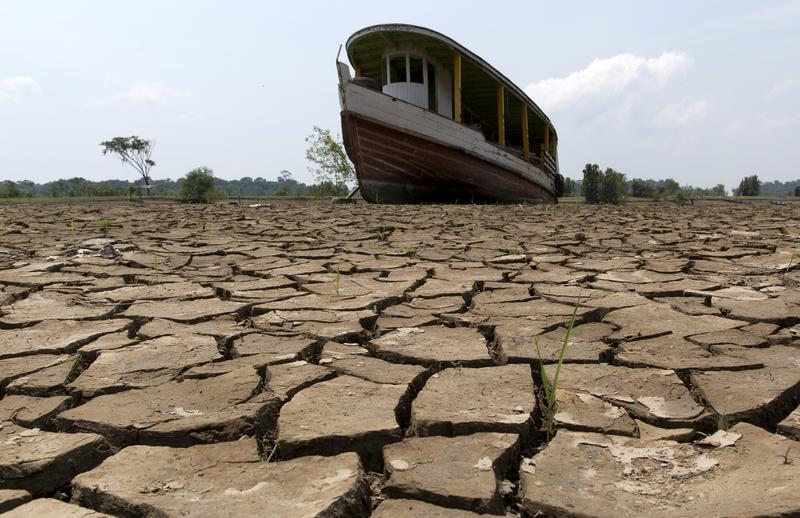 [Sacramento, CA / Brazil / Shanghai, 13th Reuters]–In countries around the world, including the United States, China, and Brazil, hydroelectric power plants are being forced to reduce their power supply due to water shortages caused by climate change. Some countries are increasingly dependent on thermal power generation, which could pose a threat to international efforts to combat global warming.

Hydropower is one of the pillars of existing clean energy, accounting for nearly 16% of the world’s total power generation, according to the International Energy Agency (IEA).

On the other hand, too much rainfall has caused problems in hydropower in some areas.

According to the IEA, for example, in Malawi, two power plants were shut down due to floods caused by heavy storms and the inflow of earth and sand. Hydropower capacity has dropped from 320 megawatts (MW) to 50 MW.

Reuters interviewed utilities and regulators to find that the reduction in hydropower has increased their reliance on thermal power and urged companies to curb power usage to avoid power outages.

“Hydropower is nothing more than getting enough water to generate electricity,” said Kristen Aberito, a professor at the University of Nevada.

In California, a 750 MW hydroelectric power plant on Lake Oroville was forced to shut down this month for the first time since it went into operation in 1967 due to low water levels. The power plant will be able to power 500,000 households in good years.

The Hoover Dam, which has an output of 2000 MW on the Colorado River on the border between Nevada and Arizona, also said that its power generation decreased by about 25% last month.

One MW is equivalent to electricity for 1,000 households in the United States.

Environmental groups have criticized these moves for polluting the atmosphere and undermining efforts to combat climate change.

According to Tim Welch, head of the US Department of Energy’s Hydropower Research Division, the ministry is studying ways to store water more efficiently in dams during the rainy season and make it available during droughts.

The total amount of electricity generated by hydroelectric power plants in the United States is about 80 gigawatts (GW), which is equivalent to about 7% of the total energy production in the country.

According to Brazil’s Minister of Mining and Energy Albukerke, in the country where hydropower accounts for 61% of total electricity, the effects of the drought have caused water inflows into hydroelectric dams to drop to levels for the first time in 91 years.

We are planning to operate a thermal power plant that uses natural gas as the main fuel to make up for the contraction of hydroelectric power generation, but there is a risk that greenhouse gas emissions will increase. In July, due to the drought, regulators raised electricity prices by 52%.

“Climate change will make extreme weather events like this severe drought more and more frequent. People should change their mindset about water resources,” said Jose Marengo, a climatologist at the Government’s Disaster Monitoring Center. Say. “I thought water was infinite, but it’s not.”

In an online meeting with reporters, the mining and energy minister said he would work on the construction of transmission lines to redistribute electricity to the areas where it is needed, and the diversification of hydropower to solar and wind power.

However, Brazil is likely to rely on hydropower for years to come. The Ministry of Energy estimates that the ratio of hydropower to electricity in 2030 will be 49%. In addition to exploring the possibility of a dam construction project that crosses borders with Bolivia, Gaiana, and Argentina, it has not changed its plans to expand hydroelectric power plants, such as constructing a small dam with an output of 2 GW in Japan.

According to official statistics, China’s Yunnan province saw its hydropower drop by nearly 30% last year from January to May due to the drought. The decline of about 10% continues this year as well.

Yunnan usually accounts for about a quarter of China’s total hydropower, and there are several aluminum smelters in the province that consume a lot of electricity. Earlier this year, the ministry had to limit the use of electricity by metal makers and temporarily suspend some smelting capacity. The turmoil is expected to get worse.

Researchers in Nanjing investigated the effects of climate change and rising temperatures on hydropower in Yunnan and found that the amount of rain and snow decreased during the dry season of October-April and increased during the rainy season of summer. We are proposing to increase the number of dams and reservoirs in order to smooth out such fluctuations in rainfall.

However, experts say these measures can exacerbate drought elsewhere. A huge reservoir upstream of the Mekong River in Yunnan has already been accused of causing a decline in water volume downstream, affecting the use of water resources in Thailand, Cambodia and Myanmar.