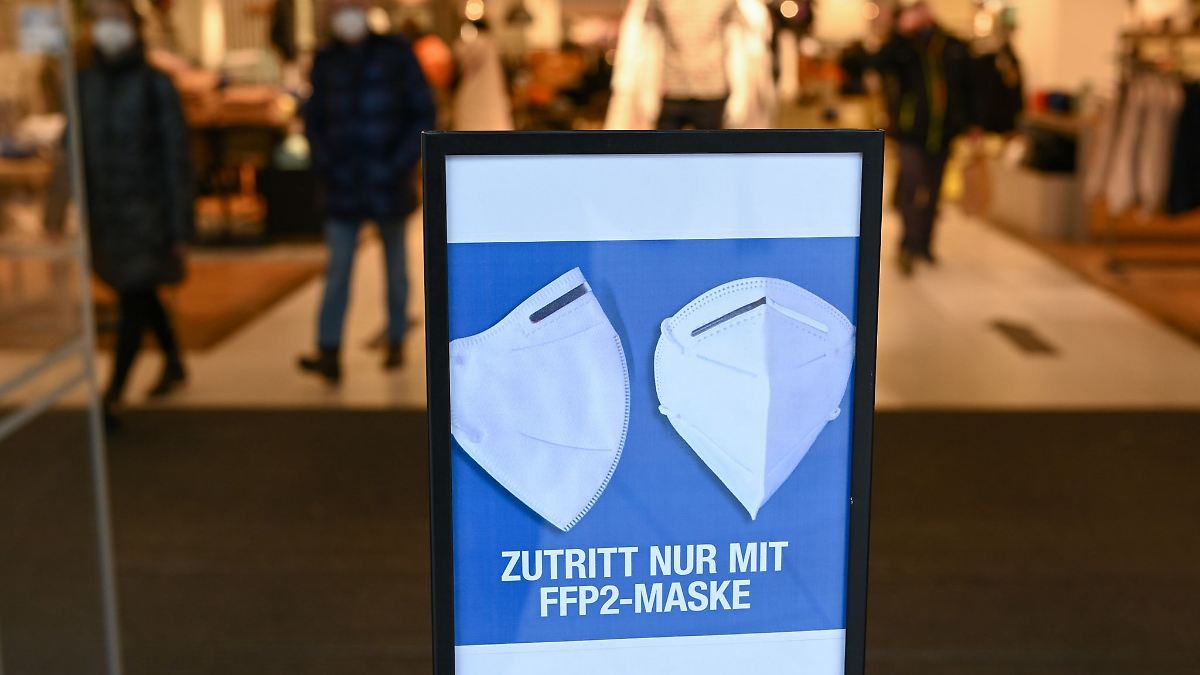 Approval, reminder, demand
Reactions to the step-by-step plan for the elimination of corona requirements

Considerations for a phased plan with easing of corona requirements are met with approval from the medical profession. Before the next round of federal and state governments, the German Association of Cities called for a legal framework beyond March 20 after the measures regulated in the Infection Protection Act had expired.

The prime ministers of the federal states will discuss how to proceed in the corona pandemic with Chancellor Olaf Scholz on Wednesday. In a proposal that became known on Monday and was coordinated between the Chancellor’s Office, the Chair and Co-Chair of the Prime Ministers’ Conference (MPK), there is talk that until March 20th the Corona protection measures largely and gradually disappear should. in one first step should private gatherings be made possible again with more people for those who have been vaccinated and those who have recovered. in the retail trade should the 2G rule falling nationwidebut the obligation to wear a mask remains.

The considerations are approved by the medical profession. “Society needs a plan for gradual easing, but of course with a sense of proportion,” said the CEO of the German Hospital Society, Gerald Gaß, the editorial network Germany. “This is especially true because the numbers show that we have also passed the peak of the omicron wave.”

On Tuesday, the Robert Koch Institute (RKI) reported a decline in the nationwide seven-day incidence for the third day in a row – although the meaningfulness of the data is currently limited. Accordingly, the value per 100,000 inhabitants and week was 1437.5. For comparison: the day before the value was 1459.8. However, the numbers are only of limited significance at the moment. Experts assume a high number of cases that are not recorded in the RKI data.

Also the Medical Association Marburg League considers a staged approach to be the “right approach”. “It can only be done gradually and with a sense of proportion,” said association leader Susanne Johna of the “Neue Osnabrücker Zeitung”. Finally should the FFP2 mask requirement fall. This is just given the still high infection activity indoors essential. “They will probably no longer be needed until early summer, but they will probably be part of everyday life in some areas of the healthcare system,” predicted Johna.

The Chairman of the Board of World Medical Association, Frank Ulrich Montgomery, sees “a lot of sensible things in this paper.” However, he considers it “problematic that the easing is tied to calendar dates, because the virus doesn’t care about the calendar beginning of spring,” Montgomery told the newspapers of the Funke media group. “It would make more sense to tie this to a mix of data on hospitalizations, intensive care bed occupancy and the incidence of new infections,” he suggested.

The virologist Klaus Stoehr called on politicians to relax quickly. “Extensive easing is long overdue,” he told RND. One Repeal of all G-Rules in retail and gastronomy is absolutely necessary, both sectors have never been hotspots. FDP Vice Wolfgang Kubicki spoke to “RTL direct” for that, too Abolish the obligation to wear masks.

the German City Day called for a legal framework for infection protection for contact restrictions, distance rules and the obligation to wear masks beyond March 20th. The municipalities must be able to act “when new virus variants roll up,” said City Council President Markus Lewe to the RND. If that German Infection Protection Act expire in March without a replacement regulation, “otherwise we’ll be left with bare hands,” warned the CDU politician.

The Prime Minister of Rhineland-Palatinate Malu Dreyer (SPD) told the Funke newspapers that she thinks “simple gradual easing” is right. An agreement on nationwide uniform regulations is important.

The Bavarian Prime Minister Markus Söder had already advocated a phased plan on Monday to gradually reduce the corona rules. At the same time, in a dpa interview, he had called for a longer-term legal basis for protective measures such as the obligation to wear masks and distance rules, as well as an emergency strategy for possible new waves. In the “Augsburger Allgemeine” he specifically called for a uniform solution for the opening of clubs and discos “so that we don’t get any disco or party tourism”.

The CSU boss also spoke out in favor of a general obligation to vaccinate. It could “offer the chance to free us permanently from the Corona yoke”. But he was open as to the age from which it should apply. the North Rhine-Westphalian Prime Minister Hendrik Wüst (CDU) considers a general obligation to vaccinate “to avert serious encroachments on fundamental rights, for example as a result of lockdowns in autumn” in the third year of the pandemic to be proportionate, as he told the “Stuttgarter Zeitung” and the “Stuttgarter Nachrichten”.

The boss of the hospital company Gass sees it similarly. “We need political decisions that ensure that we are prepared for the winter. Politicians should therefore urgently stick to the general obligation to vaccinate,” said Gass of the “Rheinische Post”.