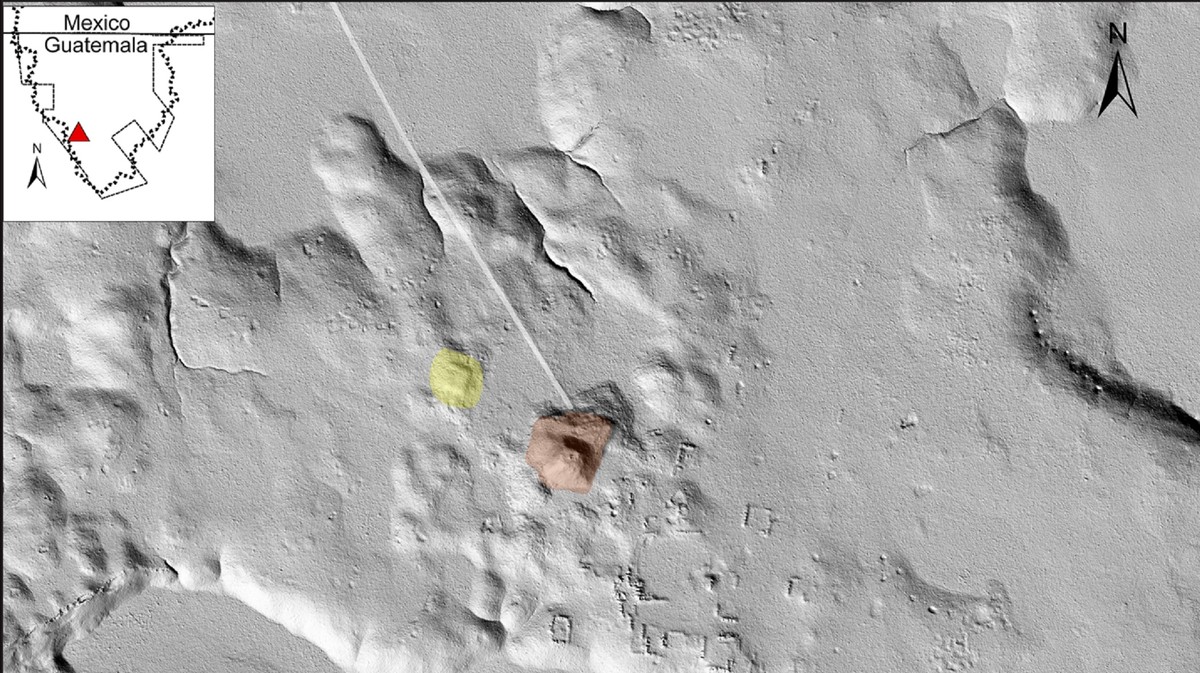 Of the archaeologists discovered the ruins of a vast Maya civilization that flourished more than 2,000 years ago in northern Guatemala, a new study reports. This long-vanished urban network comprised nearly 1,000 sites spread over 650 square kilometers, connected by a huge system of causeways, which was mapped using airborne laser instruments, called LiDARs.

According to a study published in December in the journal Cambridge CoreLiDAR survey results revealed a remarkable density of Maya sites in the Mirador-Calakmul Karst Basin (MCKB) in Guatemala, which “challenges the notion of sparse early human occupation” in this region in during the “Preclassic” period, which extends from 1000 BC to 150 AD.

Scientists led by Richard Hansen, archaeologist at Idaho State University and director of the Watchtower Basin Project, present “an introduction to one of the largest contiguous regional LiDAR studies published to date in the Mayan Lowlands,” a region that spans parts of Mexico, Guatemala and Belize, the post reads.

“It shows investments in manpower that challenge organizational abilities and that could portray the governance strategies of the Preclassic period. »

“The LiDAR study revealed an extraordinary density and distribution of Maya sites concentrated in the MCKB, many of which are connected directly or indirectly by an extensive network of causeways” that includes 110 miles of elevated roads, the researchers add, noting that the sprawling civilization alludes to “investments in manpower that challenge organizational abilities and that could portray the governance strategies of the Preclassic period. »

LiDAR is a remote sensing technology that reflects lasers off surfaces to generate detailed maps based on how long it takes pulses to return to a receiver. This method has revolutionized the field of archeology, among other things, because it can expose signs of past human activity that may be buried under dense vegetation – a very common problem for Mayan researchers – or that are otherwise undetectable. through traditional fieldwork.

For years, Hansen and his colleagues scanned the MCKB with airborne LiDAR devices at an altitude of around 610 meters, looking for hidden traces of ancient sites. Much to their delight, the investigation uncovered “dense concentrations of new, hitherto unknown contemporary sites”, including “massive constructions of platforms and pyramids” which suggest the presence of a centralized and complex political structure, according to the study.

These constructions include dozens of ball courts for the practice of Mesoamerican sports and a complex water management system consisting of canals and reservoirs. The team also surveyed the remains of the 70-meter-high Danta Pyramid located in the Mayan metropolis of El Mirador, which served as a major public attraction and epicenter for many causeways.

“Depending on the natural bedrock configurations beneath the structure, the entire edifice may have required 6,000,000 to 10,000,000 person-days of labor, suggesting a high-level administrative, political and economic organization capable of support such prodigious growth,” Hansen and colleagues say in the study.

This astonishing discovery sheds new light on the people who have lived in the bustling cities of this forest basin for more than 1,000 years. Hansen and his team hope that future research will continue to reveal the secrets of this ancient civilization, and perhaps uncover new sites that have remained hidden for many centuries.

“The skeleton of the ancient political and economic structure of a kingdom-state during the Middle and Late Preclassic period is well present in the karst basin of Mirador-Calakmul”, concludes the team.

By subscribing to the VICE newsletter, you agree to receive emails which may contain advertising or sponsored content.