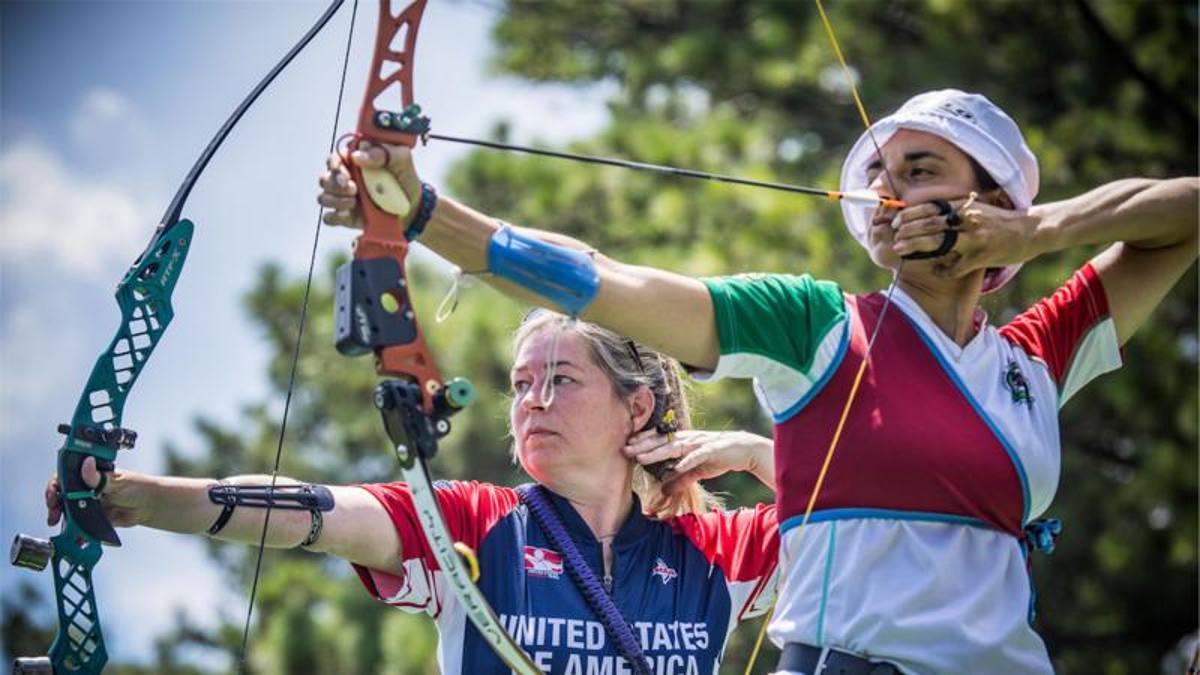 Thanks to these results, the Italians rise to first place in the archery medal table of the world games in Birmingham

The Italy of archery concludes the World Games in Birmingham (USA) in first place in the medal table with three podiums. The gold of Cinzia Noziglia in the naked arch was the second after the one conquered in the Olympic by Chiara Rebagliati, to which must be added the bronze of Marco Morello, also in the recurve. Two golds and a bronze that are worth the first position in the archery medal table ahead of Sweden (1 gold, 1 silver and 1 bronze) and Great Britain (1 gold and 1 silver). Another great result that confirms the great quality of the Azzurri also in the field of field shooting (field according to the international term). Certainly relevant results also in absolute terms, considering that some of the best archers accustomed to treading the Olympic stages were competing.

Five years later, Cinzia Noziglia still wins gold at the World Games in the barebow division. The blue archer appears on the Birmingham courses in the United States as reigning champion and, despite the pressures that saw her among the favorites, she managed to confirm herself as the best in the specialty by beating the Swedish Lina Bjorklund 51-50 in the semifinals and then winning the final against hostess Christina Lyons 48-44. In the match that is worth the gold Noziglia goes under after the first three arrows 12-10, but then comes back with 13-13 of the second and accelerates in the following two sets, won 14-9 and 11-10 which is worth overtaking . The archer recounts the American adventure as follows: “In 2017 it was my first participation in this very important event and therefore I was already happy to have only been called up. This time it was emotionally more demanding because in the meantime there were other medals international, so the expectations were higher and this makes everything more difficult to manage. The race however went well, I shot at my best especially in the final stages while in qualifying I was not completely satisfied, despite finishing in first place. it was very hot with a very high degree of humidity and this was an extra difficulty to manage. In the end, however, everything went well and I am very happy for this success “.

Two athletes competing and two medals. The adventure at the World Games in Birmingham for Italy had begun in the best possible way which, after the success of Amedeo Tonelli and the bronze of Jessica Tomasi obtained in the Olympic in the last edition, also led to the United States of America two blues on the podium. Chiara Rebagliati, owner in Tokyo 2020 but also a specialist in the field for some time, as evidenced by the European field shooting title won last year, has confirmed herself among the best in the world by winning gold. The Savona-based athlete from the Fiamme Oro, after an excellent qualifying race that projected her directly to the challenges for the podium, beat number one Elisa Tartler (GER) 61-57 in the semifinal and then in the final he got the better of Britain’s Bryony Pitman, who lost 64-53. In the challenge that is worth the gold only the first volley remained in balance with the Italian archer who goes on 17-16. It is the first step of a triumphal ride in which Rebagliati did nothing wrong and took all the other partials home: 16-12, 15-14 and 16-11. The bronze goes to the German Elisa Tartler, who wins over the Slovenian Urska Cavic 57-53. Instead, Marco Morello won the bronze, who in the semifinals had to surrender to the German Florian Unruh 64-58, but immediately afterwards he reacted by going to win 61-52 the clash for third place with the British Patrick Huston. In the final the standard-bearer of the Air Force did not let the opponent escape, immediately putting the turbo and closing the first two partials 14-11 and 18-11. With ten points clear of two volleys from the end Morello has nothing to do but check, so the 16-14 for Huston in the third set doesn’t make the difference also because the next one is still in favor of Morello (15-14) and is worth the 61-52 final. The German Florian Unruh climbs on the first step of the podium who has the better 66-61 on the American Brady Ellison for whom the World Games are bewitched, it is the third final lost in a row in the competition.