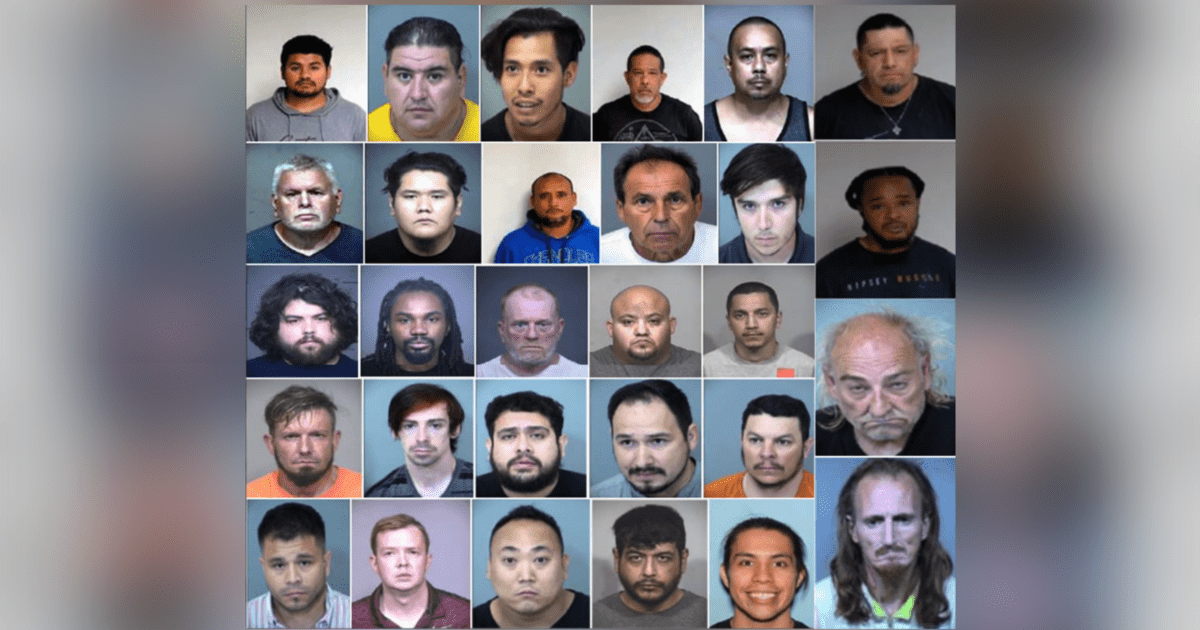 ARIZONA.- 29 suspected sex offenders operating in Arizona are rounded up.

According to information from Department of Homeland Security Investigations, The arrests were made by a group of authorities integrated into the operation called April Fools’ Day.

The Department of Homeland Security Investigations joined the of Phoenix Police Against Exploitation and Trafficking in Persons (HEaT) along with those of Mesa, Chandler, Scottsdale, Glendale and Surprise Police.

Just like him Arizona Department of Public Safety, the FBI, and the Arizona Attorney General’s Office.

The covert operation aimed at the demand for sexual crimes against children and human trafficking achieved 29 arrests of men.

The suspects allegedly requested and/or negotiated deals for various sexual acts and were subsequently arrested.

Sexual predators arrested in the operation: 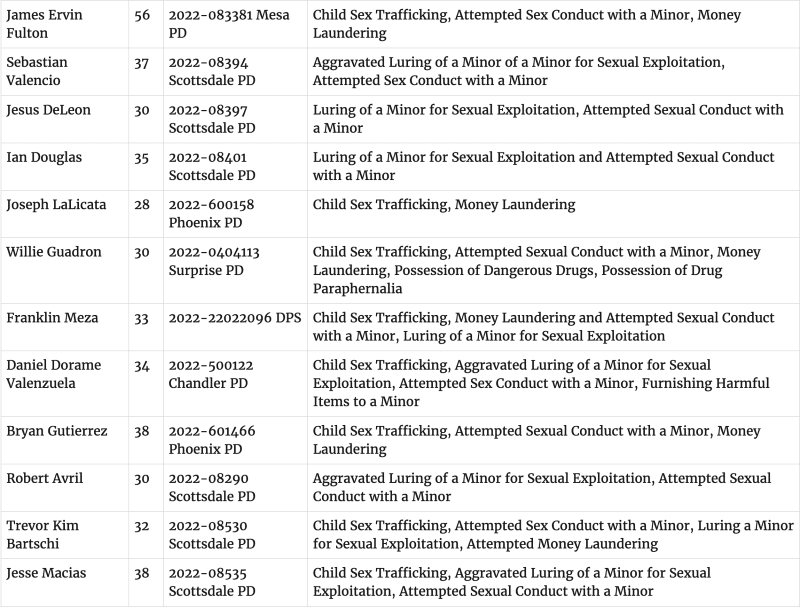