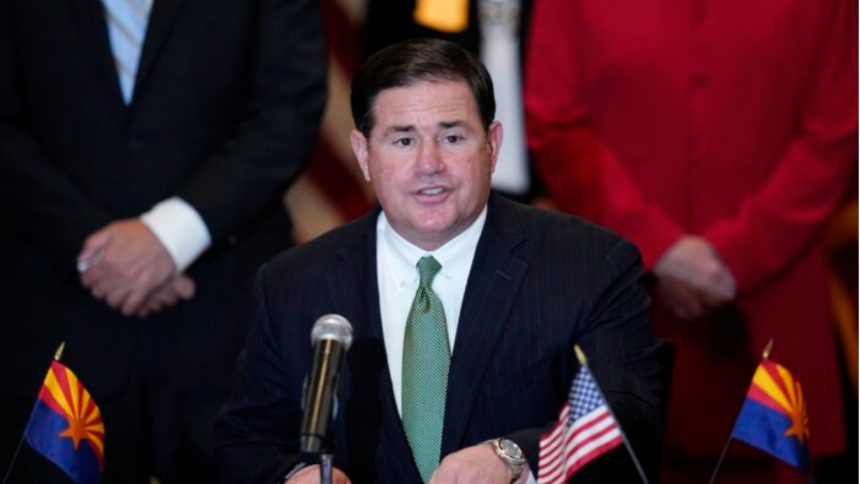 [Voice of Hope September 2, 2021](Compiled by our reporter Yuning)Doug Ducey, the Republican State of Arizona, announced on September 1 (Wednesday) that it will allocate 6 million US dollars to hospitals in the state to support the monoclonal antibody treatment and other treatments for the Chinese Communist virus (new crown virus) infection. Therapy.

The Republican governors of Texas and Florida also used state funds to support the use of monoclonal antibody therapies to treat patients with the Chinese Communist Party virus. Governor DeSantis of Florida (Ron DeSantis) Said that due to this treatment, the state’s hospitalization rate has dropped from its peak last month. He believes that monoclonal antibody therapy is the most effective therapy for infected patients.

Regeneron said it has shipped a large number of monoclonal antibody therapies to Florida, Texas, Louisiana, Mississippi and Alabama in recent weeks. And if this therapy is used in the early stages of the patient’s infection, it seems to be able to reduce the risk of serious illness.

See Also:  Another case of a child who dies inside a car affected by high temperatures in Alabama, USA.

According to the website of the US Department of Health, monoclonal antibody therapy helps prevent the CCP virus from attaching to the human body, making it difficult for these viruses to multiply in human cells and harm human cells. These antibodies can also help the body’s immune system to resist invading viruses more effectively.

American infectious disease expert Anthony Fauci said in July that monoclonal antibody therapy can reduce the risk of severe illness by 70% to 85%. He said: “This is a very effective treatment for the new coronavirus, and it is also an underused therapy. We strongly recommend making full use of this therapy.”

Former US President Trump (Trump) used this monoclonal antibody therapy when he was infected in October last year and recovered within a few days.