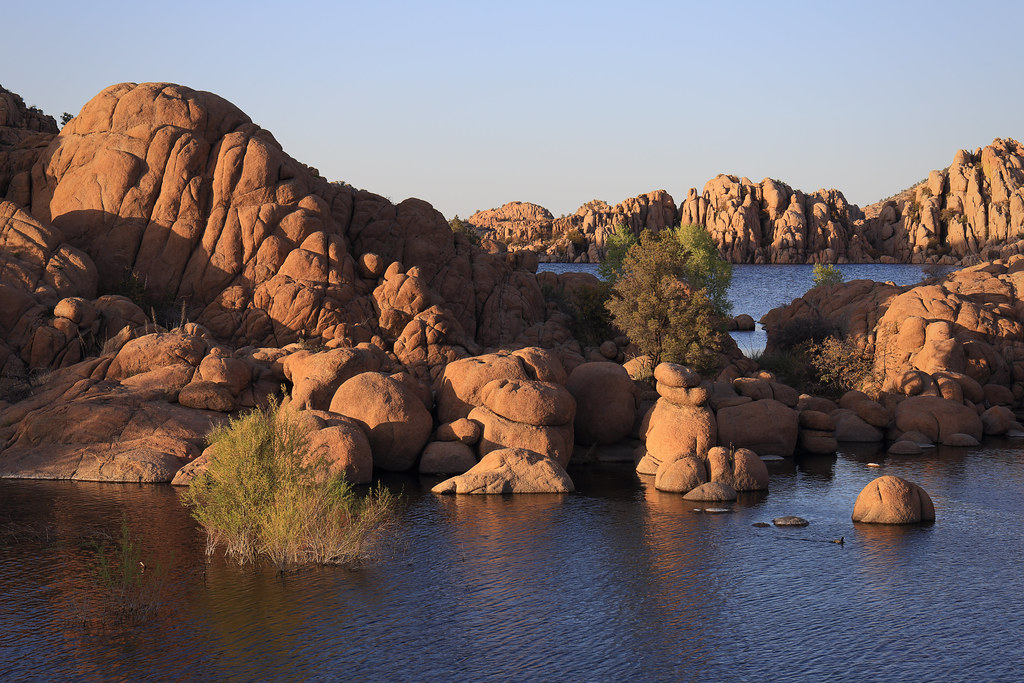 Watson Lake is one of two reservoirs at the Granite Dells, outside of Prescott, Arizona, that was formed in the early 1900s when the Chino Valley Irrigation District built a dam on Granite Creek. The City of Prescott bought the reservoir and surrounding land in 1997 to preserve it as recreational land. Local rockclimbers use the granite cliffs above and adjacent to the lake for top-roping and lead climbing. The lake is also the home of TriCity Prep Rowing Crew, a local high school team and only rowing team in Northern Arizona.

North of Prescott is Watson Lake. Definitely worth a stopover. When you drive into the park, you come to two parking lots. The lower one is rather uninteresting and more for anglers, but there are also the toilets.

From the upper parking lot you can get to the rocks that look out of the water. As with so many lakes in the United States, you can see the water drop ever lower to satisfy the cities’ enormous thirst for water.

The rocks are similar to those in Joshua Tree Park and also invite inexperienced climbers. If you want to climb the steep 1.4 billion year old granite rocks, you can sign up for a climbing school in Prescott. A trail leads around the lake. Since it is quite long and if you absolutely want to hike without spending a lot of time, you should take the path to the dam and back from the upper parking lot (Watson Lake Loop Trail and further on the Watson Dam Trail).