The load of bears 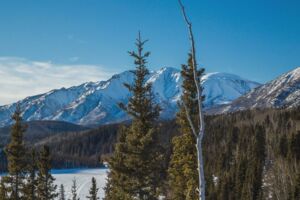 
The small town of McCarthy is located deep in wild Alaska, on America’s last frontiers. The series “At the Borders of Alaska” follows Jeremy Keller and other residents of this city. Attached to their pioneering way of life and surrounded by wild nature, they fight against newcomers who are trying to bring their haven of peace into the modernity of the 21st century. Built in the early 20th century, during the Gold Rush, McCarthy was once a bustling town. Today, with less than 50 residents and located more than 130 kilometers from the nearest major city, these people face extreme conditions to live in this reclusive city of the “old west”.