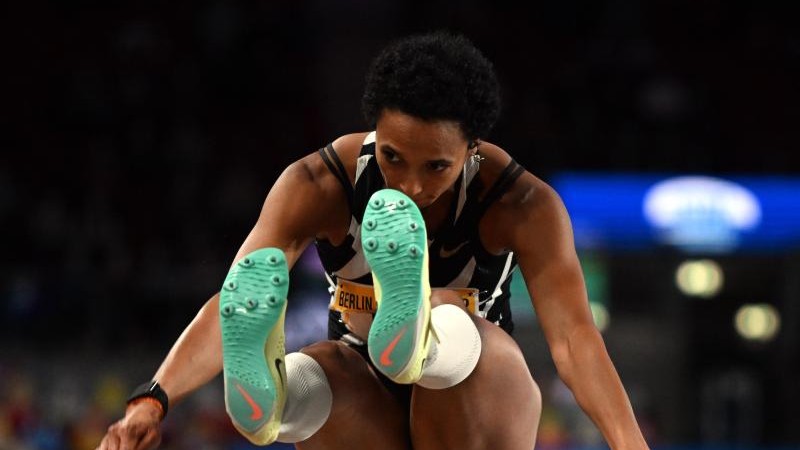 Birmingham (AP) – Olympic champion Malaika Mihambo has made a promising start to the world and European championship year.

The 28-year-old long jumper from LG Kurpfalz won the Diamond League meeting in Birmingham with 7.09 meters in the fourth attempt. In the last attempt she again stayed over the seven meter mark with 7.06 meters.

Mihambo has not started an outdoor season better in recent years. Before her 2019 World Cup victory in Doha/Qatar, she had started the season at 6.81 meters, before the 2021 Olympic Games in Tokyo she had come 6.68 meters.

“I’m happy with the start”

“I’m happy with the start,” said Mihambo. “And I’m glad it’s going that far again.” At the Tokyo Games, the three-time “Sportswoman of the Year” won gold with 7.00 meters. She had secured the world title with 7.30 meters. Her big goals for the season are the World Championships from July 15th to 24th in Eugene and the European Championships at home from August 15th to 21st in Munich.

Both title fights are also the target of long-distance runner Hanna Klein, who provided another outstanding performance at the Alexander Stadium. The 29-year-old from Tübingen finished fifth in the 5,000 meters with a personal best of 14:51.71 minutes. She already cracked the World Cup norm. “I can’t believe it. Totally cool,” said Klein.

It is the third best time by a German runner over this distance. Only Konstanze Klosterhalfen (14:26.76 minutes) and Irina Mikitenko (14:42.03) ran faster before. Only in the final sprint did the Ethiopian runners pull away. The winner was Dawit Seyaum in 14:47.55 minutes. Sara Benfares from Rehlingen finished ninth in 15:25.74 minutes. Christina Hering from Munich finished sixth over 800 meters in 2:00.82 minutes.