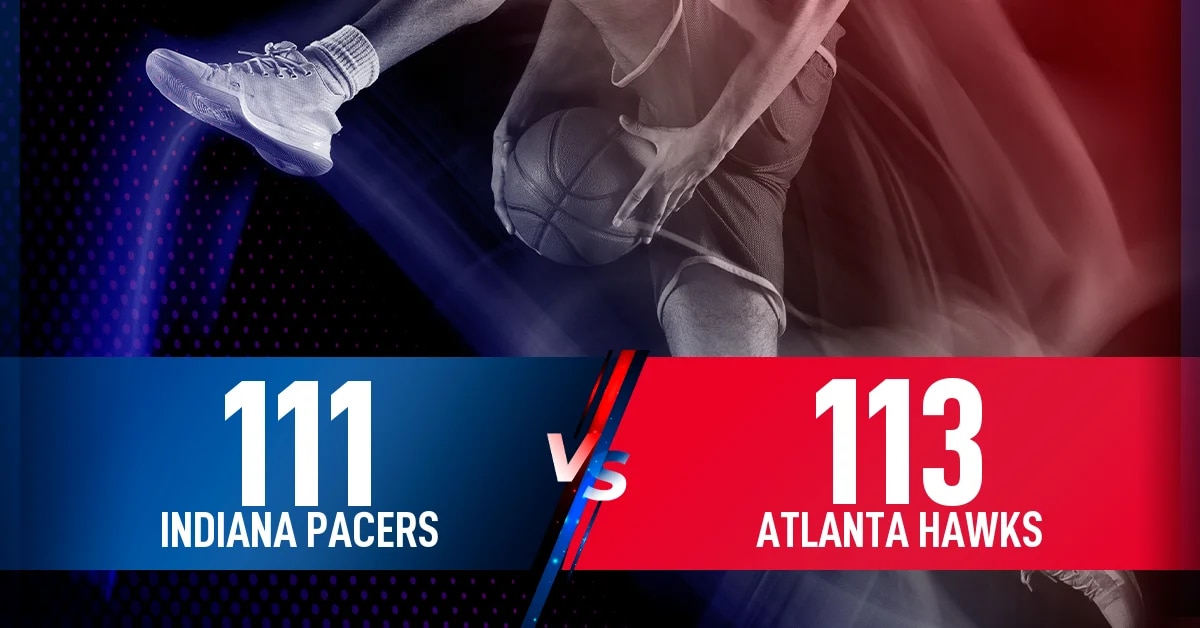 Atlanta Hawks prevailed as a visitor to Indiana Pacers by 111-113 in a new day of the NBA. Previously, the Indiana Pacers players fell defeated on the road against New York Knicks by 119-113, adding a total of three straight losses in the last five games, while the Atlanta Hawks also lost at home with Milwaukee Bucks by 105-114. Atlanta HawksAfter the game, he remains out of the Play-off positions for now with 20 games won out of 42 played. For his part, Indiana PacersAfter the game, he would remain out of the Play-offs for the moment with 23 games won out of 43 played.

The first quarter had alternations on the scoreboard, in fact, the visitors got a 13-1 run during the quarter, although in the end the visiting team ended up distancing themselves and finished with a result of 27-36. Then, during the second quarter, the local team’s players managed to recover points until they turned the game around and took the biggest difference (three points) at the end of the quarter, which ended with a partial result of 31-19. After this, the teams reached the break with a 58-55 score.

In the next match of the competition, Indiana Pacers will play against Memphis Grizzlies in it Bankers Life Fieldhouse. For his part, in the next game, Atlanta Hawks will seek victory against Toronto Raptors in it Amalie Arena.

Source of Note and image: Narrative