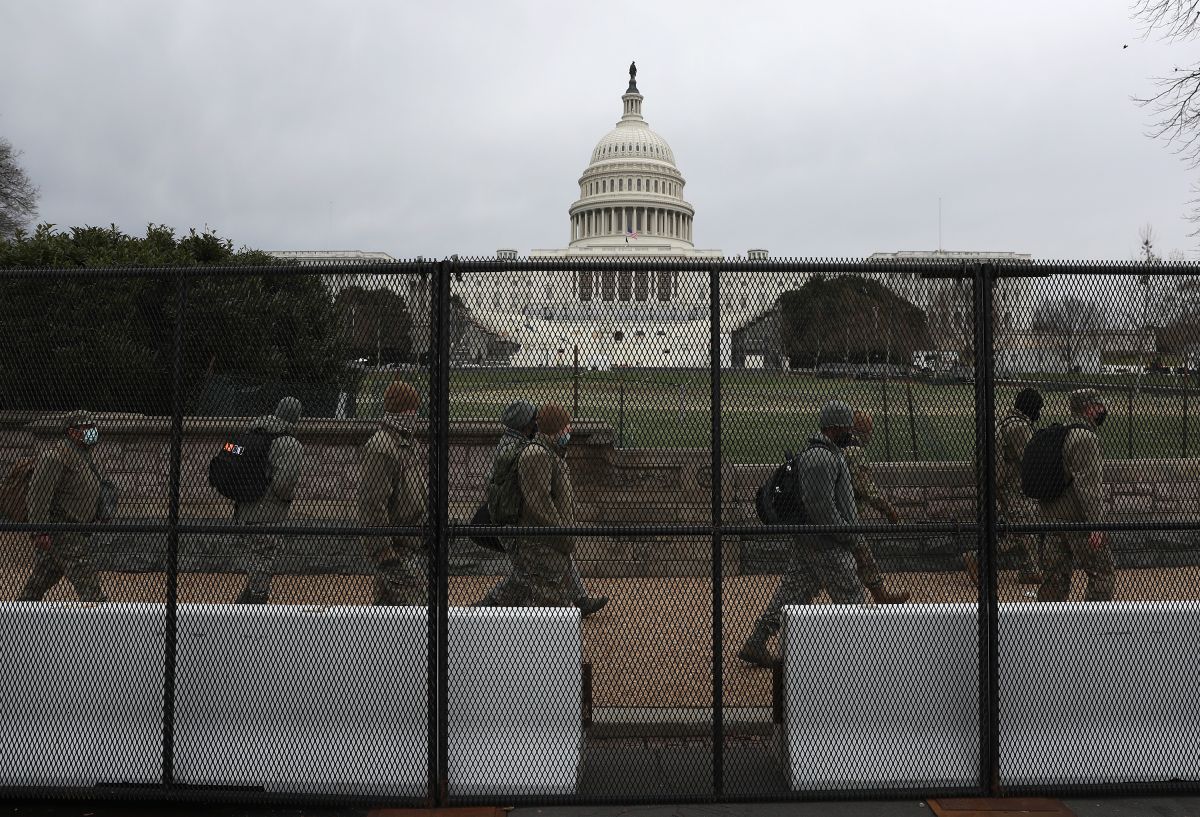 The National Guard patrols the Capitol, surrounded by fences and barriers.

An Alabama man allegedly parked a pickup truck with 11 homemade bombs, an assault rifle and a handgun two blocks from the US Capitol building for hours Wednesday, before authorities knew it, according to federal prosecutors.

The revelation published by CNN is one of the more disturbing details federal prosecutors have released this week, as details the scope of the arsenal available to assist pro-Trump rioters who stormed the Capitol.

Others have been accused of bringing weapons and ammunition onto the Capitol grounds and more charges are expected to emerge as a wide-ranging investigation unfolds.

Details about the cache of weapons in the truck were contained in federal documents that accused Lonnie Leroy Coffman, from Falkville, Alabama, on federal crimes.

A bomb squad detected the arsenal during the fight to secure the federal compound after it was invaded by pro-Trump rioters and other bombs were also found in Washington, D.C.

The Justice Department announced charges against 13 defendants related to Capitol Riots on Friday., including a West Virginia legislator and a man who entered the office of the Speaker of the House of Representatives, Nancy Pelosi, and sat at her desk.

The attack on Capitol Hill has rocked the nation’s capital and the job descriptions add to a growing understanding of the extremist elements that were in the crowd.

>> Amendment 25 or ‘impeachment’: can Trump be removed after the violent assault on the Capitol?

While Coffman was arrested and charged with possession of an unregistered firearm and carrying a handgun without a license, Friday’s police affidavit provides some of the most extreme allegations yet on the amount of danger around the Capitol building on Wednesday.

Coffman, 70, told police he had glass jars filled with “melted Styrofoam and gasoline”. Federal investigators believe that the combination, if exploded, would have the effect of napalm “to the extent that it makes the flammable liquid better adhere to objects it hits when detonated,” according to court records.

See Also:  How many Covid cases have there been in your region? Use our tool to find out

The police also found cloth rags and lighters. The court documents say that these items and the glass vials filled with explosives “in close proximity constitute a combination of parts” that could be used as a “destructive device.”

Coffman had parked his truck at 9:15 am ET on First St. SE in Hill, near the National Republican Club, commonly called the Capitol Hill Club.

That building is one block from a large office building for the United States House of Representatives and the Library of Congress, according to the complaint. The truck also had a pistol in the passenger seat and an M4 Carbine assault rifle, along with rifle magazines loaded with ammunition, said the police.

When police found him and searched him a block away after dark, Coffman also carried a 9mm pistol and a 22 caliber pistol in each of his front pockets., according to the police report. None of the weapons found in his truck or on his person were registered in his name.

Coffman appeared before a federal judge this week and is in custody, at least until his next court appearance on Tuesday. He has yet to plead guilty in court. The federal public defender representing him did not respond to a request for comment on the allegations against him on Friday.