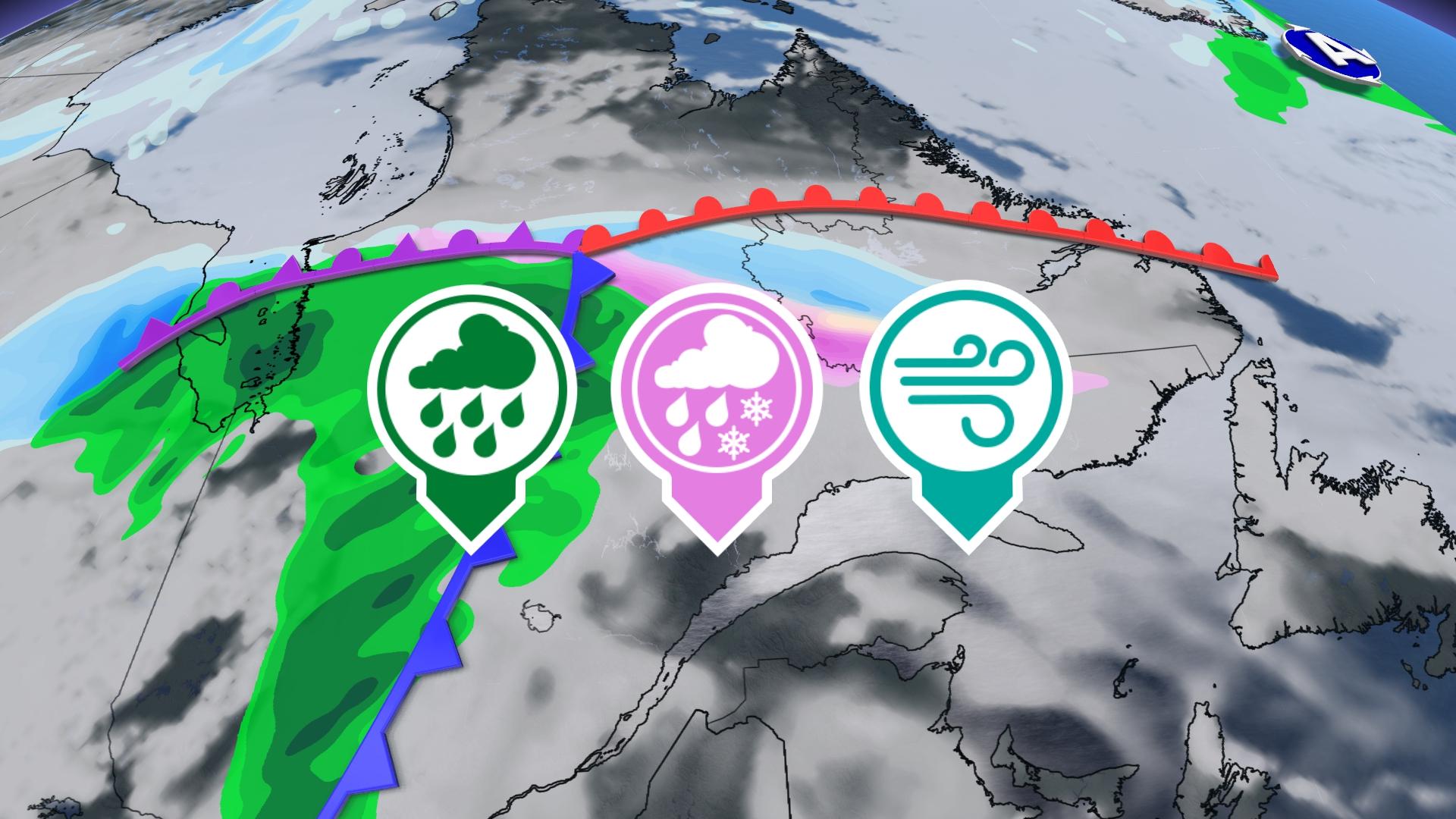 A fairly strong low pressure system will sweep across the province over the weekend.

This depression has the characteristics of an autumn storm, a sign that reality is likely to catch up with Quebec. A large temperature contrast between the north and the south of the province could feed it, since the intensity of the storms is dictated by the importance of this contrast. The higher it is, the more intense the storms that are on the jet stream and the prevailing winds will be.

Precipitation is likely to be abundant: up to 50 mm of rain could accumulate in certain regions of the north-west of the province, such as Abitibi-Témiscamingue. In southern Quebec, the impacts are likely to be less significant. About fifteen millimeters of rain could fall in the most affected areas.

Further north, winter conditions are expected. A broadside is possible in Nunavik, and freezing rain could freeze the streets of Schefferville and Fermont.

Strong gusts of up to 80 km/h are also possible, and could mess up a good portion of Quebec.

A change in sight, but no clean break

The passage of the cold front linked to this disturbance will bring a cool breeze in its wake. A change in the air mass is indeed likely to be felt, and the summer look should bow out. Despite everything, temperatures will remain mild: nearly 15°C are possible on Monday in the metropolitan area. It will be necessary to wait for the arrival of a second cold front at the start of the week for the exceptional heat to bow out once and for all.