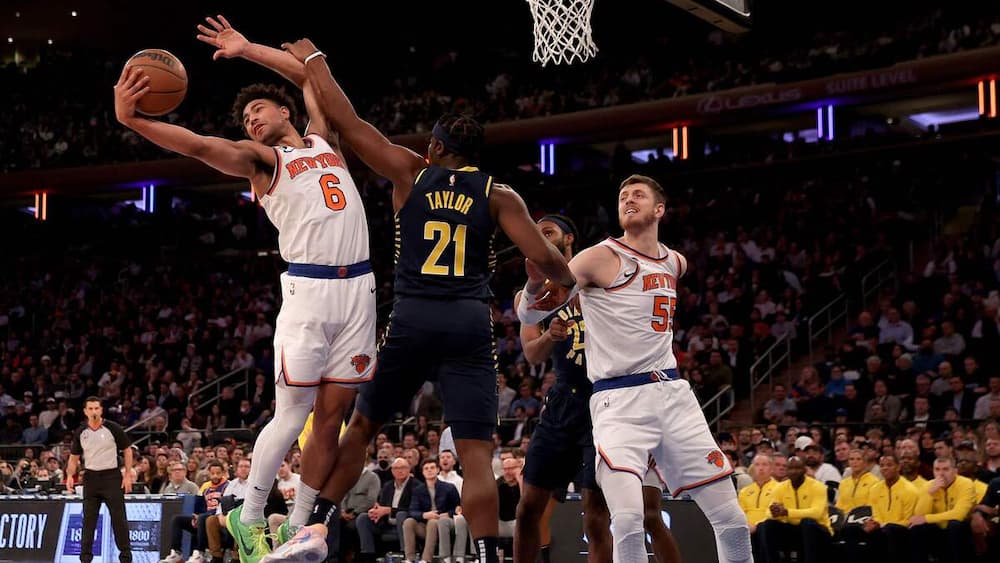 Bennedict Mathurin found his touch by scoring 20 points in the Indiana Pacers’ 119-113 loss to the New York Knicks on Wednesday night at Madison Square Garden.

The Montrealer ended his evening ranked second in scoring for his team, behind Buddy Hield with 31 points, playing 28 minutes and scoring only one three-point basket out of five attempts. The freshman had a tough outing, scoring just four points in his last game against the Charlotte Hornets.

With the hometown team leading by 25 points, the Pacers closed the gap to just two points with three minutes left in the game. However, the New York machine has started working again. Jalen Brunson, who finished with 34 points, had a further seven that hurt the visitors.

For the hosts, RJ Barrett added 27 points on his return from a finger injury that sidelined him for six games.

As for the Pacers, Tyrese Haliburton (15 points), and Chris Duarte (14 points) followed Mathurin on the score sheet.

The Indiana State team has been surprising since the start of the season. While many experts saw them in the bottom of the NBA rankings, they are in seventh position in the Eastern Conference with a record of 23 wins and 19 losses. The Pacers have won eight of their last 11 games.