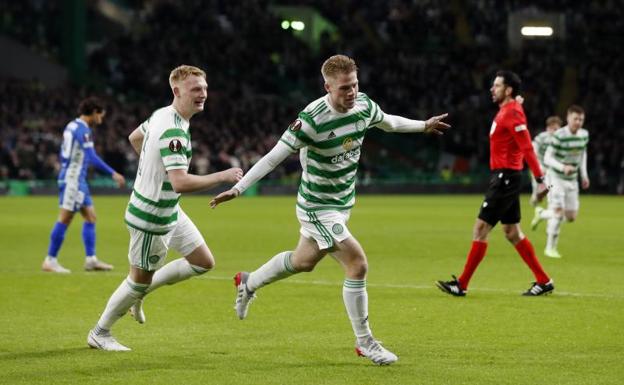 The Verdiblancos were already classified to the sixteenth of the Europa League, but they close the group stage with a bad taste in their mouths due to their lack of forcefulness in both areas

Betis had achieved their first goal, but ended the group stage of the Europa League with a bad taste in their mouths because they fell to Celtic, much more limited but with more impetus when it comes to competing. Manuel Pellegrini’s team was condemned for its lack of defensive concentration, since the three goals of the Glasgow Catholics were the result of many other pre-Christmas gifts from the Andalusian defense, and their little hit in attack, since despite their two goals they failed numerous occasions. Another uncontrolled game, like the one in the first round.

Although in a temple like Celtic Park it is difficult to talk about friendly matches, the contenders came to this day with only the honor and the economic prize at stake. The Betis were already classified as second in the group for the round of 32, whose draw will be held on Monday and will match them with an enemy from the Champions League, and the Scots had assumed that their destination is the Conference League and the domestic competition, with two key games to get closer to Rangers, their sporting and religious archrival, and a League Cup final against Hibernian on the horizon. Hence the rotations in both teams.

The Andalusians came out apathetic and that is why the brave Scots usually punish him. Immediately, in a corner kick, the Betis looked and Welsh scored at pleasure. It is not the first time this season that Pellegrini’s team starts a match without the required attitude. The night had just begun, but the locals already started it with more gear. They almost scored the second rebound because goalkeeper Rui Silva entrusted himself with his foot. Swiss forward Ajeti was injured in that action. It was difficult for Betis to put the ball on the grass and begin to show its indisputable technical superiority. Until the break, he was punished for that bad start and the lack of aim, as Lainez missed a clear chance in front of the goalkeeper and Joaquín, Carvalho and Paul touched the goal in separate shots.

The duel was completely uncorrected after the restart. The locals resisted and threatened from time to time with a set piece or thanks to the presents of Rui Silva, and the Sevillians continued to forgive in attack. Joaquín, in his forties but magical if they leave him spaces, invented a great move on the right that Borja Iglesias defined with luck. His shot hit the post and came in after rebounding off goalkeeper Bain. Regulations, an own goal.

Betis took the first step to come back, as in Villamarín, but another lack of defensive force allowed Hendersen to score Celtic’s second. He did it as soon as he entered the field of play in substitution of the injured Furushashi, who in turn had entered for another teammate who broke muscularly. He immediately matched Pellegrini’s painting, after a magnificent connection between Canales and the Panda. The game was out of control and ‘The Bhoys’ again took the lead, thanks to a very dubious penalty from Edgar transformed by Turnbull. Willian José entered, this time he did not score because the crossbar avoided him. Fortunately, the points were not vital.