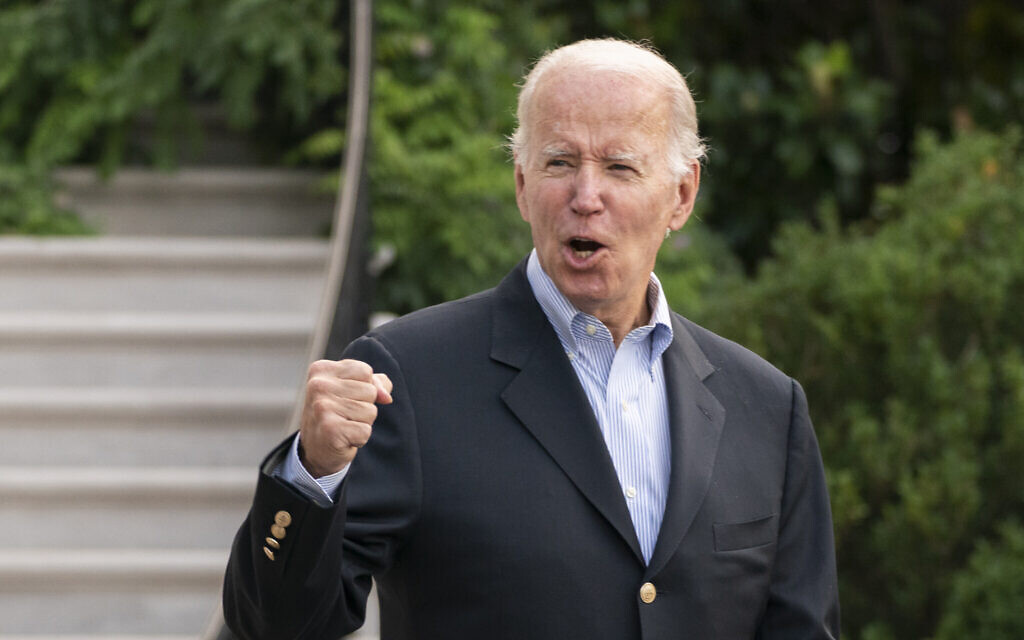 US President Joe Biden welcomed the entry into force on Sunday evening of the ceasefire between Israel and the Gaza-based Palestinian Islamic Jihad terrorist group, after more than three days of fighting.

As was the case in the previous Gaza conflict in May 2021, the Biden administration played a supporting role in the ceasefire efforts, which were instead led by Egypt.

Biden said in a statement that the United States had been in contact with officials from Israel, the Palestinian Authority, Egypt, Qatar and Jordan to quickly end the fighting, and he said thanked Egyptian President Abdel-Fattah el-Sissi as well as the Emir of Qatar, Tamim Bin Hamad al-Thani, for their central role in this effort.

Receive our free daily edition by email so you don’t miss any of the best news Free registration!

The president also praised Prime Minister Yair Lapid and his government for their “constant leadership throughout the crisis”.

As the White House Security Council had done from day one of the conflict, Biden also voiced support for Israel’s right to defend itself against Palestinian Islamic Jihad’s “indiscriminate” rocket fire and added that the United States “is proud of its support for Israel’s Iron Dome system, which intercepted hundreds of rockets and saved countless lives. Earlier this year, the United States approved $500 million in additional funding for the resupply of Iron Dome following the May 2021 conflict in Gaza.

Biden lamented the deaths of civilians in the conflict, “whether by Israeli strikes against Islamic Jihad positions or by the dozens of Islamic Jihad rockets that reportedly fell inside Gaza.”

He said his administration supports “thorough and timely investigations” into the deaths.

“We also call on all parties to fully implement the ceasefire and ensure that fuel and humanitarian supplies flow into Gaza as the fighting subsides,” the president said.

As with most of the Biden administration’s statements regarding the Israeli-Palestinian conflict, the message concluded with the statement that “Israelis and Palestinians both deserve to live in security and enjoy the same measures of freedom, prosperity and democracy”.

“My administration will remain engaged with Israeli and Palestinian leaders to support this vision and implement the initiatives launched during my administration. [récente] visit in order to improve the quality of life of Palestinians and Israelis,” the president added, apparently referring to a set of measures announced last month aimed at improving the living conditions of Palestinians, but which have not yet been implemented and require Israeli follow-up.

You are one of our loyal readers!

We are glad you read X items from Times of Israël last month.

That’s what we work for every day: to provide discerning readers like you with relevant media coverage of Israel, the Middle East and the Jewish World. Unlike many other outlets, our content is accessible for free – with no paywall popping up from the first paragraph. But our work is proving increasingly costly. This is why we invite readers, who can and for whom Times of Israël in French has become important, to support us by joining the Community of Times of Israël in French. For the amount of your choice, once a month or once a year, you too can contribute to this quality independent journalism and enjoy ad-free reading.

Already a member ? Log in to stop seeing this message